Summary: A new study challenges conventional beliefs about fetal alcohol spectrum disorders. Researchers discovered no differences in microglia activity in the brains of health mice and those exposed to alcohol during early development. The study brings into question the whether the brain’s immune system cells are to blame for the neurological damage that occurs as a result of fetal alcohol exposure.

A new study published in the journal Brain Behavior and Immunity appears to challenge the theory that cells in the brain’s immune system are the culprit behind the neurological damage that occurs in children exposed to alcohol while in the womb.

“In order to develop treatments for this condition, we must first understand how alcohol affects the developing brain,” said Ania Majewska, Ph.D., an associate professor in the Department of Neuroscience at the University of Rochester Medical Center (URMC) and lead author of the study. “While the hypothesis that dysfunctional immune cells play a role in fetal alcohol syndrome is logical and enticing, it appears that this idea may be a scientific dead end.”

Exposure to alcohol in the womb can lead to fetal alcohol spectrum disorders (FASD), a condition that causes lifelong physical and cognitive impairments, and for which there is no available treatment. The symptoms suffered by individuals with FASD can range from poor impulse control and attention, learning disabilities, compromised fine motor skills, and delays in the ability of the brain to process visual and auditory information. FASD is diagnosed in about one out of every 100 babies born in the U.S.

Scientists have long struggled to understand the biological mechanisms by which prenatal exposure to alcohol causes neurological damage. One theory that has emerged in recent years is that microglia may play a role in FASD. While microglia have long been recognized as the foot soldiers of the brain’s immune system, seeking out and destroying infections and tidying up damaged cell tissue, scientists are now beginning to appreciate the other important functions the cells perform. For example, Majewska and her colleagues have shown that microglia play a critical role in learning and memory by helping maintain and rewire the connections between networks of neurons.

Because microglia are constantly monitoring the environment in the brain and become mobilized when they detect infection, injury, or other toxic elements, scientists have speculated that alcohol may be activating these cells and causing them to either abandon their role nurturing the connections between neurons or possibly even mistakenly attacking neurons they perceive as injured.

To test this theory, the researchers exposed mice to alcohol early in development. Using a wide array of techniques including genetic markers and an advanced imaging technology called two-photon microscopy, the scientists were able to observe the activity of the microglia in the brains of these mice and compare them to healthy animals. They found that there was no difference in the activity of the microglia between the two groups.

“While this work does not prove that microglia do not respond to alcohol in different brain areas or in different contexts of exposure, it does call into question a long-standing theory and shows that, in some cases at least, alcohol can elicit cognitive dysfunction without engaging microglia,” said Elissa Wong, a graduate student in Majewska’s lab and first author of the study. “This in turn suggests that microglia may not be the best therapeutic target for treatment of FASD.”

Differences Between Brains of Girls and Boys With Autism

Fetal alcohol spectrum disorder (FASD), caused by gestational ethanol (EtOH) exposure, is one of the most common causes of non-heritable and life-long mental disability worldwide, with no standard treatment or therapy available. While EtOH exposure can alter the function of both neurons and glia, it is still unclear how EtOH influences brain development to cause deficits in sensory and cognitive processing later in life. Microglia play an important role in shaping synaptic function and plasticity during neural circuit development and have been shown to mount an acute immunological response to EtOH exposure in certain brain regions. Therefore, we hypothesized that microglial roles in the healthy brain could be permanently altered by early EtOH exposure leading to deficits in experience-dependent plasticity. We used a mouse model of human third trimester high binge EtOH exposure, administering EtOH twice daily by subcutaneous injections from postnatal day 4 through postnatal day 9 (P4-:P9). Using a monocular deprivation model to assess ocular dominance plasticity, we found an EtOH-induced deficit in this type of visually driven experience-dependent plasticity. However, using a combination of immunohistochemistry, confocal microscopy, and in vivo two-photon microscopy to assay microglial morphology and dynamics, as well as fluorescence activated cell sorting (FACS) and RNA-seq to examine the microglial transcriptome, we found no evidence of microglial dysfunction in early adolescence. We also found no evidence of microglial activation in visual cortex acutely after early ethanol exposure, possibly because we also did not observe EtOH-induced neuronal cell death in this brain region. We conclude that early EtOH exposure caused a deficit in experience-dependent synaptic plasticity in the visual cortex that was independent of changes in microglial phenotype or function. This demonstrates that neural plasticity can remain impaired by developmental ethanol exposure even in a brain region where microglia do not acutely assume nor maintain an activated phenotype. 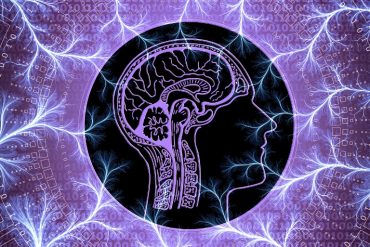