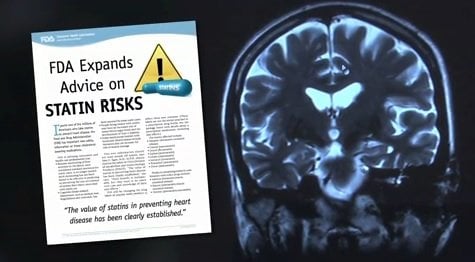 Based on the largest comprehensive systematic review to date, researchers at the Perelman School of Medicine at the University of Pennsylvania concluded that available evidence does not support an association between statins and memory loss or dementia. The new study, a collaborative effort between faculty in Penn Medicine’s Preventive Cardiovascular Program, the Penn Memory Center, and the Penn Center for Evidence-Based Practice, will be published in Annals of Internal Medicine.

“Statins are prescribed to approximately 30 million people in the United States, and these numbers may increase as a result of the national cholesterol guidelines recently released,” said senior study author Emil deGoma, MD, assistant professor of Medicine and medical director of the Preventive Cardiovascular Program at Penn. “A wealth of data supports a benefit of these cholesterol-lowering medications among individuals at risk for cardiovascular disease in terms of a reduction in the risk of heart attack and stroke; however, potential side effects of statins are less well understood. In February 2012, largely based on anecdotal reports, the U.S. Food and Drug Administration (FDA) issued a safety statement warning patients of possible adverse cognitive effects associated with statin use. Many concerned patients have asked if there is a relationship between statins and memory problems. Their concerns, along with the FDA statement, prompted us to pursue a rigorous analysis of all available evidence to better answer the question – are statins associated with changes in cognition?”

The research team additionally performed an analysis of the FDA post-marketing surveillance databases and found no difference in the frequency of cognitive adverse event reports between statins and two commonly prescribed cardiovascular medications that have not been associated with cognitive impairment, namely, clopidogrel and losartan.

“Overall, these findings are quite reassuring. I wouldn’t let concerns about adverse effects on cognition influence the decision to start a statin in patients suffering from atherosclerotic disease or at risk for cardiovascular disease. I also wouldn’t jump to the conclusion that statins are the culprit when an individual who is taking a statin describes forgetfulness. We may be doing more harm than good if we withhold or stop statins – medications proven to reduce the risk of heart attack and stroke – due to fears that statins might possibly cause memory loss,” said Dr. deGoma.

The team acknowledges that while their analysis is reassuring, large, high-quality randomized controlled trials are needed to confirm their findings.

“For many of the cognitive outcomes that we examined, the identified studies were small, were at risk for bias, used varying diagnostic tests to assess cognitive domains, and did not include patients on high-dose statins, which is important given the increasing use of high-dose statins for secondary prevention,” noted study co-author Craig Umscheid, MD, MSCE, assistant professor of Medicine and Epidemiology and director of the Penn Center for Evidence-based Practice. “Thus, additional trials addressing these limitations would strengthen our conclusions. Despite this, the totality of the evidence does reassure us that there’s unlikely to be a significant link between statins and cognitive impairment.”

Notes about this neurodegeneration research