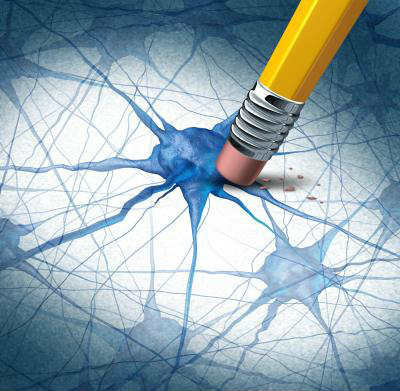 Study uses patient-derived stem cells to show that a mutation in the alpha-synuclein gene causes increased vulnerability to pesticides, leading to Parkinson’s disease.

A team of researchers has brought new clarity to the picture of how gene-environmental interactions can kill nerve cells that make dopamine. Dopamine is the neurotransmitter that sends messages to the part of the brain that controls movement and coordination. Their discoveries, described in a paper published online in Cell today, include identification of a molecule that protects neurons from pesticide damage.

Until now, the link between pesticides and Parkinson’s disease was based mainly on animal studies and epidemiological research that demonstrated an increased risk of disease among farmers, rural populations, and others exposed to agricultural chemicals.

In the new study, Lipton, along with Rajesh Ambasudhan, Ph.D., research assistant professor in the Del E. Webb Center, and Rudolf Jaenisch, M.D., founding member of Whitehead Institute for Biomedical Research and professor of biology at the Massachusetts Institute of Technology, used skin cells from Parkinson’s patients that had a mutation in the gene encoding a protein called alpha-synuclein. Alpha-synuclein is the primary protein found in Lewy bodies—protein clumps that are the pathological hallmark of Parkinson’s disease.

Using patient skin cells, the researchers created human induced pluripotent stem cells (hiPSCs) containing the mutation, and then “corrected” the alpha-synuclein mutation in other cells. Next, they reprogrammed all of these cells to become the specific type of nerve cell that is damaged in Parkinson’s disease, called A9 dopamine-containing neurons—thus creating two sets of neurons—identical in every respect except for the alpha-synuclein mutation.

“Exposing both normal and mutant neurons to pesticides—including paraquat, maneb, and rotenone—created excessive free radicals in cells with the mutation, causing damage to dopamine-containing neurons that led to cell death,” said Frank Soldner, M.D., research scientist in Jaenisch’s lab and co-author of the study.

“In fact, we observed the detrimental effects of these pesticides with short exposures to doses well below EPA-accepted levels,” said Scott Ryan, Ph.D., researcher in the Del E. Webb Center and lead author of the paper.

Having access to genetically matched neurons with the exception of a single mutation simplified the interpretation of the genetic contribution to pesticide-induced neuronal death. In this case, the researchers were able to pinpoint how cells with the mutation, when exposed to pesticides, disrupt a key mitochondrial pathway—called MEF2C-PGC1alpha—that normally protects neurons that contain dopamine. The free radicals attacked the MEF2C protein, leading to the loss of function of this pathway that would otherwise have protected the nerve cells from the pesticides.

“Once we understood the pathway and the molecules that were altered by the pesticides, we used high-throughput screening to identify molecules that could inhibit the effect of free radicals on the pathway,” said Lipton. “One molecule we identified was isoxazole, which protected mutant neurons from cell death induced by the tested pesticides. Since several FDA-approved drugs contain derivatives of isoxazole, our findings may have potential clinical implications for repurposing these drugs to treat Parkinson’s.”

While the study clearly shows the relationship between a mutation, the environment, and the damage done to dopamine-containing neurons, it does not exclude other mutations and pathways from being important as well. The team plans to explore additional molecular mechanisms that demonstrate how genes and the environment interact to contribute to Parkinson’s and other neurodegenerative diseases, such as Alzheimer’s and ALS.

“In the future, we anticipate using the knowledge of mutations that predispose an individual to these diseases in order to predict who should avoid a particular environmental exposure. Moreover, we will be able to screen for patients who may benefit from a specific therapy that can prevent, treat, or possibly cure these diseases,” Lipton said.

Notes about this genetics and Parkinson’s disease research