A new study links higher levels of several key nutrients in the blood with more efficient brain connectivity and performance on cognitive tests in older adults.

The study, reported in the journal NeuroImage, looked at 32 key nutrients in the Mediterranean diet, which previous research has shown is associated with better brain function in aging. It included 116 healthy adults 65-75 years of age.

“We wanted to investigate whether diet and nutrition predict cognitive performance in healthy older adults,” said University of Illinois postdoctoral researcher Christopher Zwilling, who led the study with U. of I. psychology professor Aron Barbey in the Beckman Institute for Advanced Science and Technology.

The analysis linked specific patterns of a handful of nutrient biomarkers in the blood to better brain health and cognition. The nutrient patterns included omega-3 fatty acids, which are abundant in fish, walnuts and Brussels sprouts; omega-6 fatty acids, found in flaxseed, pumpkin seeds, pine nuts and pistachios; lycopene, a vivid red pigment in tomatoes, watermelon and a few other fruits and vegetables; alpha- and beta-carotenoids, which give sweet potatoes and carrots their characteristic orange color; and vitamins B and D.

The researchers relied on some of the most rigorous methods available for examining nutrient intake and brain health, Barbey said. Rather than asking participants to answer food-intake surveys, which require the accurate recall of what and how much participants ate, the team looked for patterns of nutrient “biomarkers” in the blood. The team also used functional magnetic resonance imaging to carefully evaluate the efficiency with which various brain networks performed.

“The basic question we were asking was whether diet and nutrition are associated with healthy brain aging,” Barbey said. “And instead of inferring brain health from a cognitive test, we directly examined the brain using high-resolution brain imaging.”

Functional MRIs can indicate the efficiency of individual brain networks, he said.

“If your network is more efficiently configured, then it should be easier, on average, to access relevant information and the task should take you less time,” he said.

The analysis found a robust link between higher levels of several nutrient biomarkers in the blood and enhanced performance on specific cognitive tests. These nutrients, which appeared to work synergistically, included omega-3 and omega-6 fatty acids, carotenoids, lycopene, riboflavin, folate, vitamin B12 and vitamin D.

The analysis also revealed that a pattern of omega-3s, omega-6s and carotene was linked to better functional brain network efficiency.

Different nutrient patterns appeared to moderate the efficiency in different brain networks. For example, higher levels of omega-3 fatty acids paralleled the positive relationship between a healthy frontoparietal network and general intelligence. The frontoparietal network supports the ability to focus attention and engage in goal-directed behavior.

To test the stability of the nutrient-biomarker patterns over time, the researchers invited 40 participants back for a second analysis roughly two years after the first tests. Similar nutrient patterns persisted in this subset of the original group.

“Because we’re investigating how groups of nutrients work together, we’re getting a more accurate snapshot of how the body processes these nutrients and how they can impact the brain and cognitive health,” Zwilling said. “Of course, future studies are needed to affirm and extend these results.”

Funding: Abbott Nutrition supported this work through the Center for Nutrition, Learning, and Memory at the University of Illinois, of which Barbey is an affiliate. Barbey is a professor in the Beckman Institute and an affiliate of the Carl R. Woese Institute for Genomic Biology at the U. of I. He directs the Center for Brain Plasticity, a partnership between the Beckman Institute and the Interdisciplinary Health Sciences Institute. He also serves on the scientific advisory boards of the Institute of Inflammation and Ageing at the University of Birmingham, U.K.; and Natrol, a vitamin and supplement producer.

A central aim of research in the psychological and brain sciences is to establish therapeutic interventions to promote healthy brain aging. Accumulating evidence indicates that diet and the many bioactive substances present in food are reasonable interventions to examine for dementia prevention. However, interdisciplinary research that applies methods from nutritional epidemiology and network neuroscience to investigate the role of nutrition in shaping functional brain network efficiency remains to be conducted. The present study therefore sought to combine methods across disciplines, applying nutrient biomarker pattern (NBP) analysis to capture the effects of plasma nutrients in combination and to examine their collective influence on measures of functional brain network efficiency (small-world propensity). We examined the contribution of NBPs to multiple indices of cognition and brain health in non-demented elders (n = 116), investigating performance on measures of general intelligence, executive function, and memory, and resting-state fMRI measures of brain network efficiency within seven intrinsic connectivity networks. Statistical moderation investigated whether NBPs influenced network efficiency and cognitive outcomes. The results revealed five NBPs that were associated with enhanced cognitive performance, including biomarker patterns high in plasma: (1) ω-3 and ω-6 polyunsaturated fatty acids (PUFAs), (2) lycopene, (3) ω-3 PUFAs, (4) carotenoids, and (5) vitamins B (riboflavin, folate, B12) and D. Furthermore, three NBPs were associated with enhanced functional brain network efficiency, including biomarker patterns high in plasma: (1) ω-6 PUFAs, (2) ω-3 PUFAs, and (3) carotene. Finally, ω-3 PUFAs moderated the fronto-parietal network and general intelligence, while ω-6 PUFAs and lycopene moderated the dorsal attention network and executive function. In sum, NBPs account for a significant proportion of variance in measures of cognitive performance and functional brain network efficiency. The results motivate a multidisciplinary approach that applies methods from nutritional epidemiology (NBP analysis) and cognitive neuroscience (functional brain network efficiency) to characterize the impact of nutrition on human health, aging, and disease. 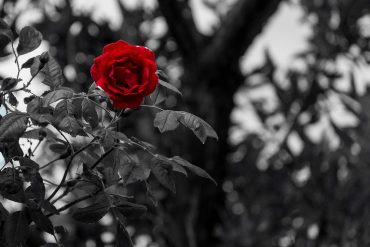 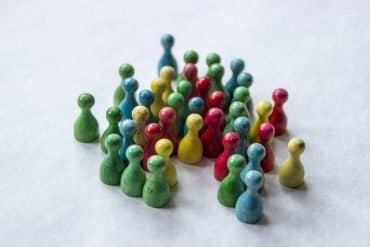 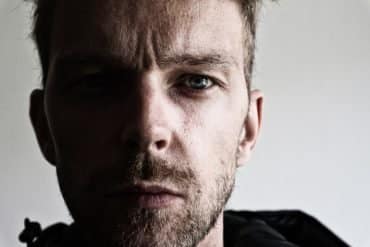 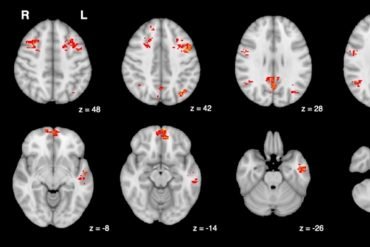