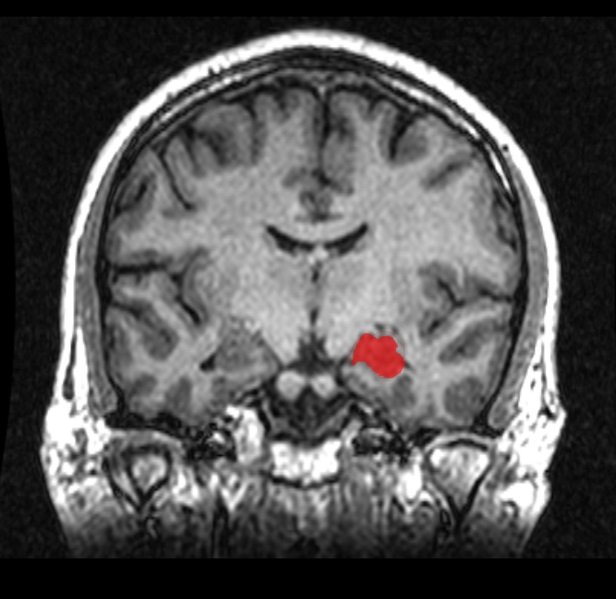 Exercise stimulates BDNF in the hippocampus. BDNF promotes the development of new neurons and synapses as well as helping to preserve the survival of brain cells. This illustrative image is an MRI scan which shows the location of the hippocampus in the human brain.
Home
Featured

A protein that is increased by endurance exercise has been isolated and given to non-exercising mice, in which it turned on genes that promote brain health and encourage the growth of new nerves involved in learning and memory, report scientists from Dana-Farber Cancer Institute and Harvard Medical School.

The findings, reported in the journal Cell Metabolism, help explain the well-known capacity of endurance exercise to improve cognitive function, particularly in older people. If the protein can be made in a stable form and developed into a drug, it might lead to improved therapies for cognitive decline in older people and slow the toll of neurodegenerative diseases such Alzheimer’s and Parkinson’s, according to the investigators.

“What is exciting is that a natural substance can be given in the bloodstream that can mimic some of the effects of endurance exercise on the brain,” said Bruce Spiegelman, PhD, of Dana-Farber and HMS. He is co-senior author of the publication with Michael E. Greenberg, PhD, chair of neurobiology at HMS.

The Spiegelman group previously reported that the protein, called FNDC5, is produced by muscular exertion and is released into the bloodstream as a variant called irisin. In the new research, endurance exercise – mice voluntarily running on a wheel for 30 days – increased the activity of a metabolic regulatory molecule, PGC-1α, in muscles, which spurred a rise in FNDC5 protein. The increase of FNDC5 in turn boosted the expression of a brain-health protein, BDNF (brain-derived neurotrophic protein) in the dentate gyrus of the hippocampus, a part of the brain involved in learning and memory.

It has been found that exercise stimulates BDNF in the hippocampus, one of only two areas of the adult brain that can generate new nerve cells. BDNF promotes development of new nerves and synapses – connections between nerves that allow learning and memory to be stored – and helps preserve the survival of brain cells.

How exercise raises BDNF activity in the brain wasn’t known; the new findings linking exercise, PGC-1α, FNDC5 and BDNF provide a molecular pathway for the effect, although Spiegelman and his colleagues suggest there are probably others.

Having shown that FNDC5 is a molecular link between exercise and increased BDNF in the brain, the scientists asked whether artificially increasing FNDC5 in the absence of exercise would have the same effect. They used a harmless virus to deliver the protein to mice through the bloodstream, in hopes the FNDC5 could reach the brain and raise BDNF activity. Seven days later, they examined the mouse brains and observed a significant increase in BDNF in the hippocampus.

“Perhaps the most exciting result overall is that peripheral deliver of FNDC5 with adenoviral vectors is sufficient to induce central expression of Bdnf and other genes with potential neuroprotective functions or those involved in learning and memory,” the authors said. Spiegelman cautioned that further research is needed to determine whether giving FNDC5 actually improves cognitive function in the animals. The scientists also aren’t sure whether the protein that got into the brain is FNDC5 itself, or irisin, or perhaps another variant of the protein.

Spiegelman said that development of irisin as a drug will require creating a more stable form of the protein.

The first author of the report is Christiane Wrann, PhD, in the Spiegelman lab.

The research was supported by the JPB Foundation and National Institutes of Health (DK31405 and DK90861).