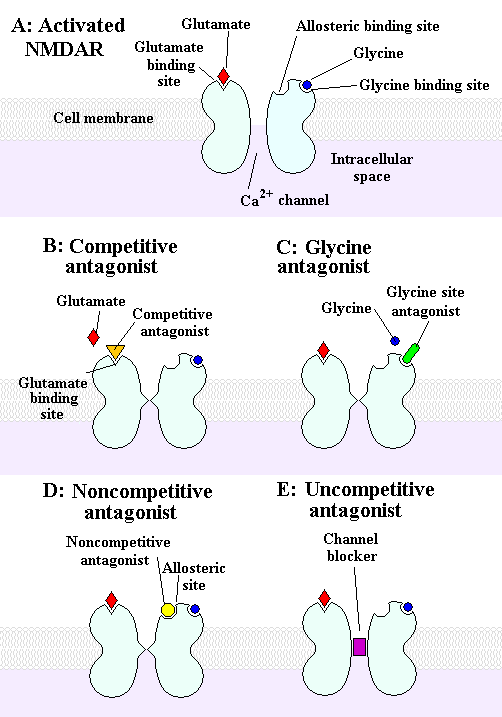 The study found found that glutamate binding to the NMDA receptor caused conformational changes in the receptor that ultimately resulted in a weakened synapse and impaired brain function.
Home
Electrophysiology

In a pair of new papers, researchers at the University of California, San Diego School of Medicine and the Royal Netherlands Academy of Arts and Sciences upend a long-held view about the basic functioning of a key receptor molecule involved in signaling between neurons, and describe how a compound linked to Alzheimer’s disease impacts that receptor and weakens synaptic connections between brain cells.

The findings are published in the Proceedings of the National Academy of Sciences.

Long the object of study, the NMDA receptor is located at neuronal synapses, the multitudinous junctions where brain cells trade electrical and chemical messages. In particular, NMDA receptors are ion channels activated by glutamate, a major “excitatory” neurotransmitter associated with cognition, learning and memory.

The new research, however, indicates that NMDA receptors can also operate independent of calcium ions. “It turns upside down a view held for decades regarding how NMDA receptors function,” said Malinow, who holds the Shiley-Marcos Endowed Chair in Alzheimer’s Disease Research in Honor of Dr. Leon Thal (a renowned UC San Diego Alzheimer’s disease researcher who died in a single-engine airplane crash in 2007).

Specifically, Malinow and colleagues found that glutamate binding to the NMDA receptor caused conformational changes in the receptor that ultimately resulted in a weakened synapse and impaired brain function.

They also found that beta amyloid, a peptide that comprises the neuron-killing plaques associated with Alzheimer’s disease, causes the NMDA receptor to undergo conformational changes that also lead to the weakening of synapses.

The research was funded in part by the National Institutes of Health (grants MH049159 and AG032132), the Shiley-Marcos Foundation, the Cure Alzheimer’s Foundation, and the Internationale Stichting Alzheimer Onderzoek.