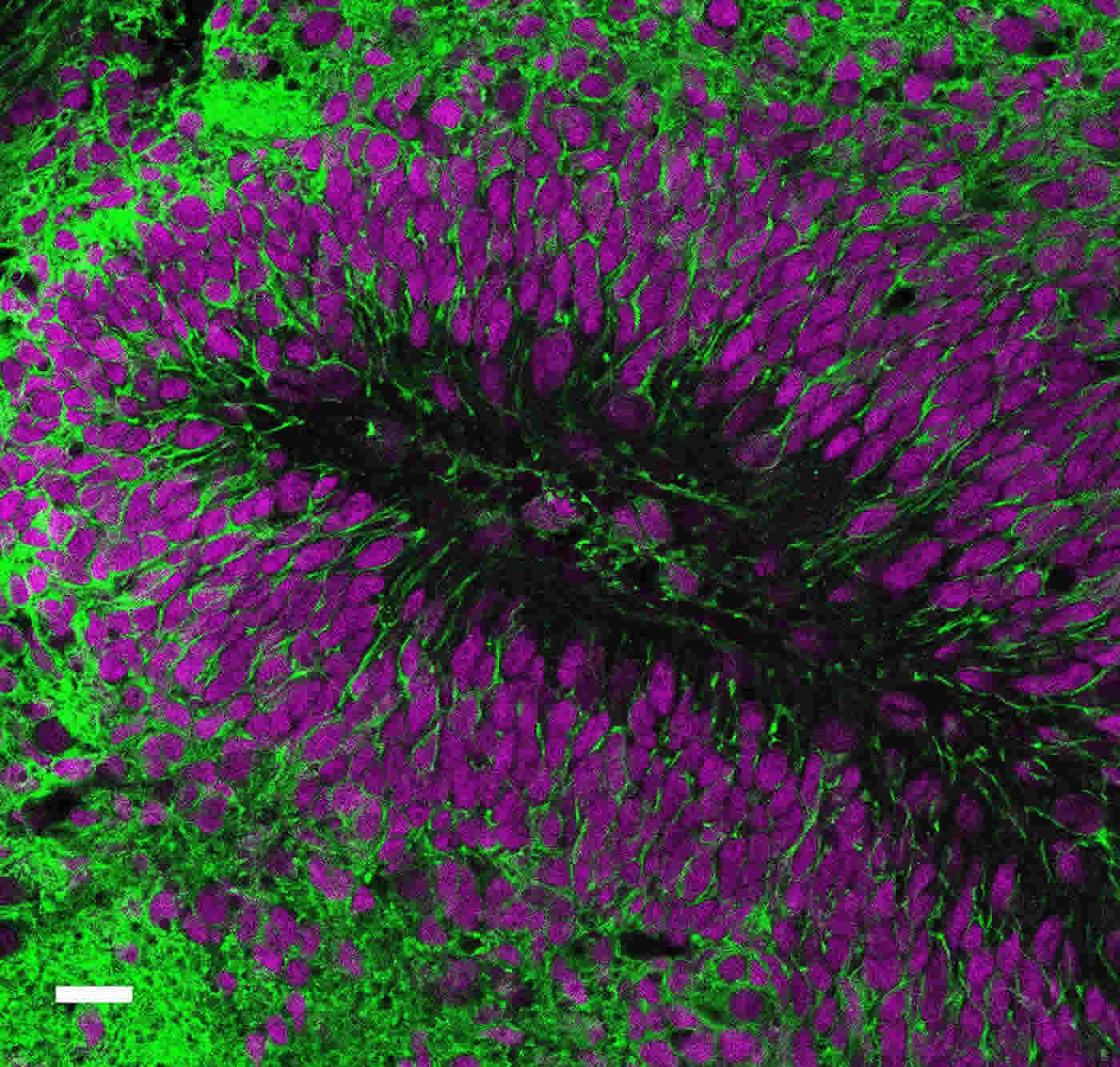 Summary: Researchers have successfully transplanted human brain cells into mouse brains and watched how they grow to form networks. The technique could be used to study a range of neurological conditions, the researchers report.

In the new study, led by Imperial College London in collaboration with a group from the University of Cambridge, researchers transplanted human brain cells into a mouse brain, and for the first time watched how they grew and connected to each other. This allowed the team to study the way human brain cells interact in a more natural environment than previously possible.

The team, funded by the Medical Research Council, used the technique to model Down syndrome, using cells donated by two individuals with the condition.

The scientists say their approach could be used to study a range of brain conditions in the future, including schizophrenia, dementia or autism.

The study, published today in the journal Science, describes how researchers saw differences in the brain cells from the individuals with Down syndrome compared to brain cells from a person without the condition.

Although some of the connections formed between the brain cells from the individuals with Down syndrome were more stable and abundant, they communicated in a slightly less coordinated fashion.

Dr Vincenzo De Paola, lead author of the research from Imperial’s Institute of Clinical Sciences, said: “It’s been a fantastic team effort and I’m grateful to the many scientists who participated in this study, as well as to the people who donated tissue samples for this research. Our results suggest the reduced coordinated activity and increased stability of connections in Down syndrome may be linked to cognitive function. Figuring this out would be an important piece of the puzzle, and we hope to have an answer soon.”

Professor Rick Livesey, joint co-corresponding author from the University of Cambridge’s Wellcome/Cancer Research UK Gurdon Institute, commented: “Working together with the Imperial team has allowed us to extend our previous work on making stem cells and nerve cells from people with Down syndrome, to study how those nerve cells develop and function when put in a living brain. We are very excited by how much we have learned and the new avenues this has opened up for understanding Down syndrome”.

Dr Raquel Real, a neurologist from Dr De Paola’s group at Imperial College London and joint first author of this study, added: “The transplantation of human brain cells has allowed us to monitor their maturation over time. Ultimately, we detected that cells from Down syndrome individuals are not as active as normal cells at a crucial stage in their development, and this could have important implications for some of the symptoms of this condition”.

Dr De Paola added: “Scientists have been struggling to develop a way of monitoring live human cells and their connections in the brain. This new imaging approach may have taken us one step closer to this.”

Crucially, the technique allows scientists to study how brain cells communicate, explained Dr De Paola: “The connections between brain cells, which enable them to talk to each other, is often the first thing to be damaged in conditions such as dementia and Parkinson’s. This happens long before the brain cells themselves start to die. But the connections are so tiny, that no type of scanning tool available, such as MRI or PET scans, can see them. We used a revolutionary microscopy technique – called in vivo 2-photon microscopy – which allowed us to see not only individual live brain cells, but also the connections between them.”

In the study, joint first author Dr Manuel Peter and colleagues from the Gurdon Institute created human brain cells by reverse-engineering skin cells. This process involved taking a few skin cells from volunteers with Down syndrome, and then reprogramming them in the lab to form brain cells. They then engineered those neurons so their activity could be monitored.

Joint first authors Dr Raquel Real and Dr Antonio Trabalza from the Imperial College London group were then able to implant these human neurons in the brain of live mice and monitored their development and function over time.

However, he cautioned: “It is still not clear to what extent the transplanted human brain cells resemble the organization and complexity of their counterparts in the human brain. We now need to investigate this with further experiments.”

The Imperial team now hope to refine this technique, and potentially use this approach to study other neurological conditions.