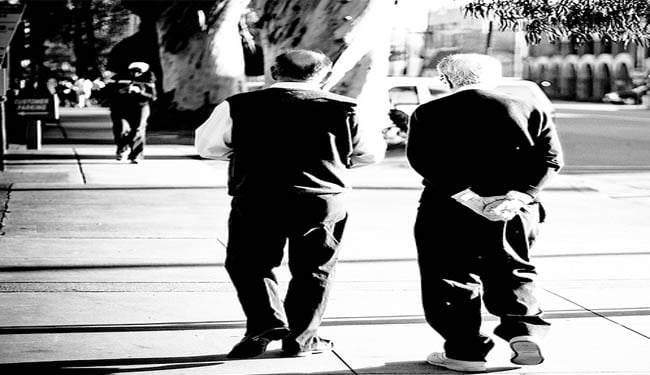 Robust White Matter Helps Keep Us Smart As We Age

Brains that maintain healthy nerve connections as we age help keep us sharp in later life, new research funded by the charity Age UK has found.

Older people with robust brain ‘wiring’, that is, the nerve fibres that connect different, distant brain areas, can process information quickly and that this makes them generally smarter, the study suggests.

According to the findings, joining distant parts of the brain together with better wiring improves mental performance, suggesting that intelligence is not found in a single part of the brain.

However a loss of condition of this wiring or ‘white matter’, the billions of nerve fibres that transmit signals around the brain, can negatively affect our intelligence by altering these networks and slowing down our processing speed.

The research by the University of Edinburgh shows for the first time that the deterioration of white matter with age is likely to be a significant cause of age-related cognitive decline.

The research team used three different brain imaging techniques in compiling the results, including two that have never been used before in the study of intelligence.

These techniques measure the amount of water in brain tissue, indicate structural loss in the brain, and show how well the nerve fibres are insulated.

The researchers examined scans and results of thinking and reaction time tests from 420 people in the Lothian Birth Cohort of 1936, a group of nearly 1100 people whose intelligence & general health have been tracked since they were 11

The research was part of the Disconnected Mind Project, a large study of the causes of people’s differences in cognitive ageing, led by Professor Ian Deary.

Study author Doctor Lars Penke said “Our results suggest a first plausible way how brain structure differences lead to higher intelligence. The results are exciting for our understanding of human intelligence differences at all ages.”

“They also suggest a clear target for seeking treatment for mental difficulties, be they pathological or age-related. That the brain’s nerve connections tend to stay the same throughout the brain means we can now look at factors that affect the overall condition of the brain, like its bloody supply.”

Professor Deary said that uncovering the secrets of good thinking skills in old age is a high priority. “The research team is now looking at what keeps the brain’s connections healthy. We value our thinking skills, and research should address how we might retain them or slow their decline with age.”

Doctor Mark Bastin, who co-authored the study, said “These findings are exciting as they show how quantitative brain imaging can provide novel insights into the links between brain structure and cognitive ability. This is a key research area given the importance of identifying strategies for retaining good mental ability into older age.”

Professor James Goodwin, Head of Research at Age UK, said: “This research is very exciting as it could have a real impact on tackling mental decline in later life, including dementia. With new understanding on how the brain functions we can work out why mental faculties decline with age in some people and not others and look at what can be done to improve our minds’ chances of ageing better.”

About this psychology and neuroscience article

The research has been published in the journal Molecular Psychiatry.