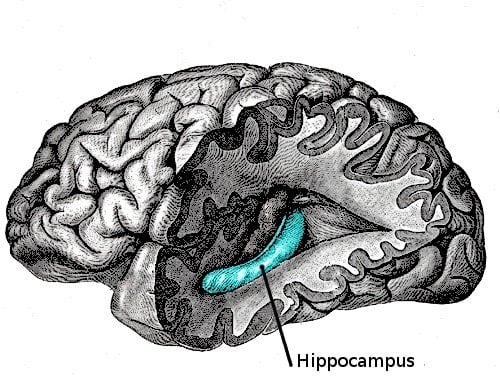 Researchers discovered PPARalpha, a protein which controls fat metabolism in the liver, also resides in the hippocampus. The image shows the location of the hippocampus in the brain.
Home
Featured

Neurological Researchers Find Fat May Be Linked to Memory Loss

Although problems with memory become increasingly common as people age, in some persons, memories last long time, even a life time. On the other hand, some people experience milder to substantial memory problems even at an earlier age.

Although there are several risk factors of dementia, abnormal fat metabolism has been known to pose a risk for memory and learning. People with high amounts of abdominal fat in their middle age are 3.6 times as likely to develop memory loss and dementia later in their life.

Neurological scientists at the Rush University Medical Center in collaboration with the National Institutes of Health have discovered that same protein that controls fat metabolism in the liver resides in the memory center of the brain (hippocampus) and controls memory and learning.

Results from the study funded by the Alzheimer’s Association and the National Institutes of Health were recently published in Cell Reports.

“We need to better understand how fat is connected to memory and learning so that we can develop effective approach to protect memory and learning,” said Kalipada Pahan, PhD, the Floyd A. Davis professor of neurology at Rush University Medical Center.

The liver is the body’s major fat metabolizing organ. Peroxisome proliferator-activated receptor alpha (PPARalpha) is known to control fat metabolism in the liver. Accordingly, PPARalpha is highly expressed in the liver.

“We are surprised to find high level of PPARalpha in the hippocampus of animal models,” said Pahan.

“Our study indicates that people may suffer from memory-related problems only when they lose PPARalpha in the hippocampus”, said Pahan.

An Education Doesn’t Just Make You Smarter, It Protects Your Gut

“Further research must be conducted to see how we could potentially maintain normal PPARalpha in the brain in order to be resistant to memory loss”, said Pahan.

Notes about this neurodegeneration and neurology research