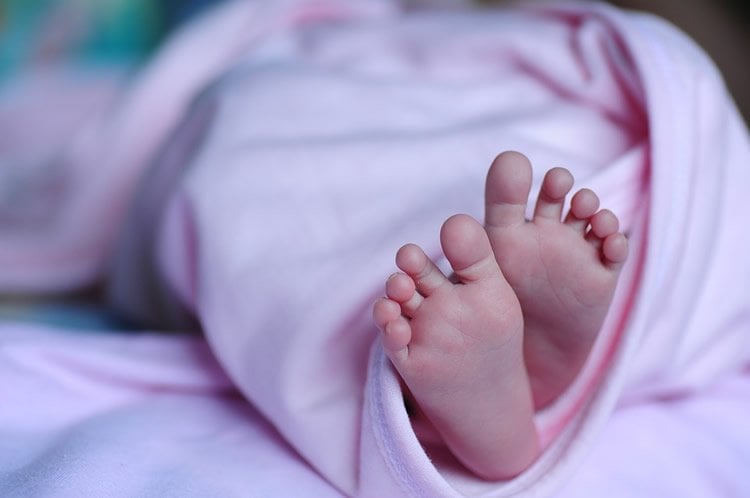 While the group that received the combined maternal and postnatal treatment showed the largest behavioral effects, electrophysiology tests easily distinguished the pathway effects in each of the four treatment groups. NeuroscienceNews.com image is in the public domain.
Home
Autism

How Brain Circuits are Affected by Infections in Mothers and Newborns

Summary: A new study backs up existing evidence that maternal immune activation can impact brain development in children. Researchers report immune activation during pregnancy or soon after birth can cause alterations to brain networks associated with social behavior, resulting in autism-like symptoms in the offspring.

McLean Hospital neuroscientists have found that immune system activation during pregnancy and right at birth can cause alterations in the brain’s neural circuits during young adulthood that are consistent with behavioral symptoms common in autism spectrum disorder (ASD) and other developmental conditions. The detailed findings are available in the March 28, 2018, issue of the Journal of Neuroscience.

“Mounting evidence suggests that immune activation, such as prenatal viral infections and postnatal bacterial infections, can impact later-life brain development in humans,” said Vadim Bolshakov, PhD, director of the Cellular Neurobiology Laboratory at McLean Hospital and co-senior author of the paper. “While previous studies at McLean and elsewhere have focused on the behavioral symptoms produced by such immune activation, this study goes deeper, going to the cellular level to show how the brain’s neural circuits are affected.”

“Previous studies have helped demonstrate the types of things that can happen behaviorally as a result of immune system activation,” added Bill Carlezon, PhD, chief of the Division of Basic Neuroscience at McLean Hospital, and co-senior author of the paper. “This research, however, is distinguishable in that it is an important step in telling us the biological basis of how these symptoms develop.”

To explore the impact of immune activation on the developing brain, the researchers induced either maternal or postnatal immune activation, or gave both treatments, in groups of pregnant mice and their offspring. Pregnant mothers were treated with polycytidylic acid, a chemical that simulates the effects of a viral infection, at a time point that approximates the third trimester of pregnancy in humans. The offspring were treated with a lipopolysaccharide (LPS), a chemical that simulates a bacterial infection and causes a temporary (1-3 day) activation of the immune system. The LPS was given at a time point that approximates the stage of brain development in humans right at the time of birth, thus mimicking the development of a bacterial infection during delivery.

Long after the treatments were applied, during a time point in mice that approximates young adulthood in humans, the investigators examined the impact of the simulated infections on the brain, comparing their results to those from mice that had received inactive injections. Focusing on the neural pathway from the brain’s prefrontal cortex to the amygdala, they combined optogenetics–a technique that uses light to control the activity of neurons in living tissue–with behavioral testing, a methodology that allows researchers to study functional connections between different regions of the brain. Behaviorally, the researchers found a strong connection between immune activation and symptoms of enhanced anxiety-like behavior and decreased social interactions. Correspondingly, they found that neural circuits in the brain that contribute significantly to the control of anxiety and social interactions were significantly affected in the immune-activated mice.

While the group that received the combined maternal and postnatal treatment showed the largest behavioral effects, electrophysiology tests easily distinguished the pathway effects in each of the four treatment groups. According to Bolshakov, Carlezon, and fellow study researcher Yan Li, PhD, this ability to definitively detect and distinguish electrophysiological changes suggests that this study’s methodology provides a stronger link between immune activation and brain disorders versus studying behavioral effects alone.

“The results are novel, as this sensitive and comprehensive testing has revealed how prenatal and early postnatal immune activation may regulate core behavioral signs associated with ASD and certain other developmental disorders through changes in signal flow between different structural components of behavior-driving neural circuits,” said Bolshakov. “These findings may be of a significant translational value, as they provide important clues to understanding the mechanisms of these disorders and potentially their treatment.”

Inflammatory processes may be involved in the pathophysiology of neuropsychiatric illnesses including autism spectrum disorder (ASD). Evidence from studies in rodents indicates that immune activation during early development can produce core features of ASD (social interaction deficits, dysregulation of communication, increases in stereotyped behaviors, and anxiety), although the neural mechanisms of these effects are not thoroughly understood. We treated timed-pregnant mice with polyinosinic:polycytidylic acid (Poly I:C), which simulates a viral infection, or vehicle on gestational day 12.5 to produce maternal immune activation (MIA). Male offspring received either vehicle or lipopolysaccharide, which simulates a bacterial infection, on postnatal day 9 to produce postnatal immune activation (PIA). We then used optogenetics to address the possibility that early developmental immune activation causes persistent alterations in the flow of signals within the mPFC to basolateral amygdala (BLA) pathway, a circuit implicated in ASD. We found that our MIA regimen produced increases in synaptic strength in glutamatergic projections from the mPFC to the BLA. In contrast, our PIA regimen produced decreases in feedforward GABAergic inhibitory postsynaptic responses resulting from activation of local circuit interneurons in the BLA by mPFC-originating fibers. Both effects were seen together when the regimens were combined. Changes in the balance between excitation and inhibition were differentially translated into the modified spike output of BLA neurons. Our findings raise the possibility that prenatal and postnatal immune activation may affect different cellular targets within brain circuits that regulate some of the core behavioral signs of conditions such as ASD.

SIGNIFICANCE STATEMENT Immune system activation during prenatal and early postnatal development may contribute to the development of autism spectrum disorder (ASD). Combining optogenetic approaches and behavioral assays that reflect core features of ASD (anxiety, decreased social interactions), we uncovered mechanisms by which the ASD-associated behavioral impairments induced by immune activation could be mediated at the level of interactions within brain circuits implicated in control of emotion and motivation (mPFC and BLA, specifically). Here, we present evidence that prenatal and postnatal immune activation can have different cellular targets in the brain, providing support to the notion that the etiology of ASD may be linked to the excitation/inhibition imbalance in the brain affecting the signal flow within relevant behavior-driving neural microcircuits.