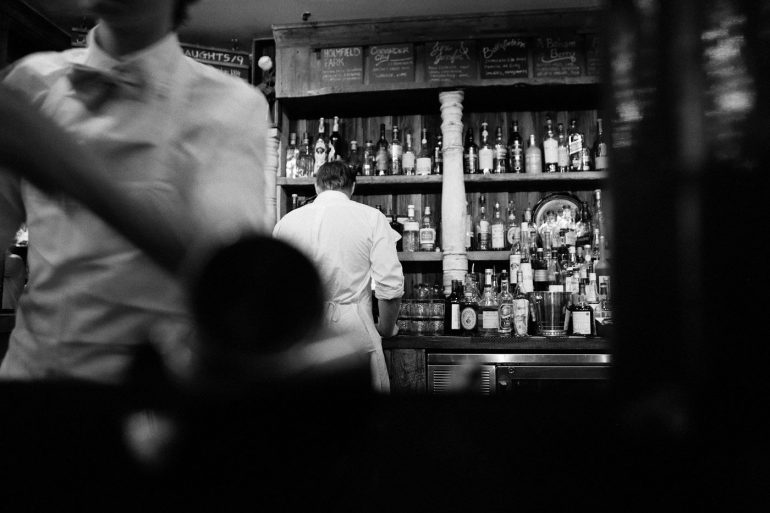 The researchers have observed that alcohol may increase its addictive capacity by changing the geometry of the brain, specifically the grey matter. Image is in the public domain.

Summary: A new study reveals the role microglia plays in alcohol addiction, finding the immune cells alter the geometry of gray matter while under the influence of alcohol.

The activation of the immune system could eventually perpetuate some of the deleterious effects of alcohol, like addiction. It is the conclusion of a research carried out by an international team led by Dr. Santiago Canals, from the Institute of Neurosciences in Alicante (Spain), a joint center of the Spanish National Research Council and the University Miguel Hernández in Elche, and Dr. Wolfgang Sommer, from the Central Institute of Mental Health of the University of Heidelberg (Germany).

The researchers have observed that alcohol may increase its addictive capacity by changing the geometry of the brain, specifically the grey matter, as shown by this translational study carried out in rats and humans, published today in the journal Science Advances. “This is a totally new mechanism of addiction”, highlights Dr Santiago Canals, at the Institute of Neuroscience in Alicante (Spain).

According to their observations, the cells of the immune system that reside in the brain, called microglia, are responsible for the change in geometry that grey substance undergoes in the presence of alcohol, clarifies Dr. Silvia de Santis, researcher at the Institute of Neurosciences in Alicante and first signatory of the article.

Alcohol, as a harmful substance, causes the activation of these defense cells, which leads to a change in their biochemical characteristics and in their shape, which changes from being branched to a more rounded or amoeboid shape. This change in shape alters the geometry of the extracellular space, allowing a greater diffusion of substances that would be limited in the absence of alcohol. One of these substances is dopamine, a neurotransmitter that is particularly important in the processes of reward and addiction.

Increasing the concentration and diffusion range of neurotransmitters such as dopamine, glutamate or neuropeptides can turn the weak rewarding properties of alcohol into powerful effectors in the formation of drinking habits that eventually lead to addiction in some people, the researchers say. Understanding and ultimately reversing these changes can help in the development of more effective treatments.

This translational study shows that there is a higher average diffusivity in the cerebral gray matter of humans and rats that drink regularly. These alterations appear shortly after the onset of alcohol consumption in rats, persist in early abstinence in both rodents and humans, and are associated with a strong decrease in extracellular space barriers explained by a reaction of the microglia to an aggressor such as alcohol.

In a previous paper, published in April last year in JAMA Psychiatry, this same group showed that alcohol continues to damage the brain even after stopping drinking. That work already reflected an increase in diffusivity in the brain due to alcohol, but the researchers did not yet know why. Now the new study, published in Science Advances, solves the mystery by showing that the increase in diffusivity is due to the activation of the brain’s immune cells.

This study has been developed in the context of a broad European collaboration by researchers from the UMH-CSIC Institute of Neurosciences in Alicante, the Polytechnic University of Valencia, the German Central Institute of Mental Health, the University of Camerino (Italy) and the Charles University of Prague (Czech Republic).

About this addiction research article

Fervent Fans Keep Faith With Heroes Even After ‘Immoral Acts’

Already moderate alcohol consumption has detrimental long-term effects on brain function. However, how alcohol produces its potent addictive effects despite being a weak reinforcer is a poorly understood conundrum that likely hampers the development of successful interventions to limit heavy drinking. In this translational study, we demonstrate widespread increased mean diffusivity in the brain gray matter of chronically drinking humans and rats. These alterations appear soon after drinking initiation in rats, persist into early abstinence in both species, and are associated with a robust decrease in extracellular space tortuosity explained by a microglial reaction. Mathematical modeling of the diffusivity changes unveils an increased spatial reach of extrasynaptically released transmitters like dopamine that may contribute to alcohol’s progressively enhanced addictive potency.