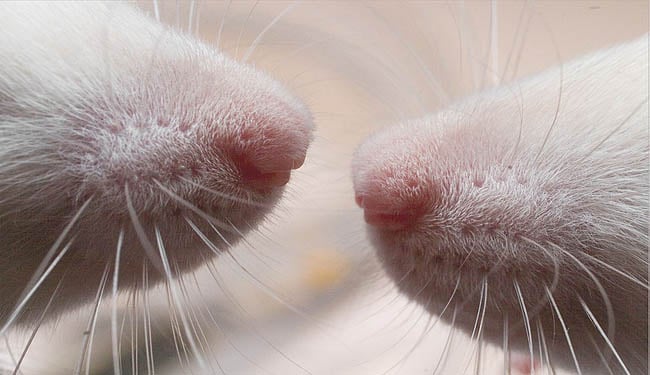 Despite a long-held scientific belief that much of the wiring of the brain is fixed by the time of adolescence, a new study shows that changes in sensory experience can cause massive rewiring of the brain, even as one ages. In addition, the study found that this rewiring involves fibers that supply the primary input to the cerebral cortex, the part of the brain that is responsible for sensory perception, motor control and cognition. These findings promise to open new avenues of research on brain remodeling and aging.

Published in the May 24, 2012 issue of Neuron, the study was conducted by researchers at the Max Planck Florida Institute (MPFI) and at Columbia University in New York.

“This study overturns decades-old beliefs that most of the brain is hard-wired before a critical period that ends when one is a young adult,” said MPFI neuroscientist Marcel Oberlaender, PhD, first author on the paper. “By changing the nature of sensory experience, we were able to demonstrate that the brain can rewire, even at an advanced age. This may suggest that if one stops learning and experiencing new things as one ages, a substantial amount of connections within the brain may be lost.”

The researchers conducted their study by examining the brains of older rats, focusing on an area of the brain known as the thalamus, which processes and delivers information obtained from sensory organs to the cerebral cortex. Connections between the thalamus and the cortex have been thought to stop changing by early adulthood, but this was not found to be the case in the rodents studied.

Being nocturnal animals, rats mainly rely on their whiskers as active sensory organs to explore and navigate their environment. For this reason, the whisker system is an ideal model for studying whether the brain can be remodeled by changing sensory experience. By simply trimming the whiskers, and preventing the rats from receiving this important and frequent form of sensory input, the scientists sought to determine whether extensive rewiring of the connections between the thalamus and cortex would occur.

On examination, they found that the animals with trimmed whiskers had altered axons, nerve fibers along which information is conveyed from one neuron (nerve cell) to many others; those whose whiskers were not trimmed had no axonal changes. Their findings were particularly striking as the rats were considered relatively old – meaning that this rewiring can still take place at an age not previously thought possible. Also notable was that the rewiring happened rapidly – in as little as a few days.

“We’ve shown that the structure of the rodent brain is in constant flux, and that this rewiring is shaped by sensory experience and interaction with the environment,” said Dr. Oberlaender. “These changes seem to be life-long and may pertain to other sensory systems and species, including people. Our findings open the possibility of new avenues of research on development of the aging brain using quantitative anatomical studies combined with noninvasive imaging technologies suitable for humans, such as functional MRI (fMRI).”

The study was possible due to recent advances in high-resolution imaging and reconstruction techniques, developed in part by Dr. Oberlaender at MPFI. These novel methods enable researchers to automatically and reliably trace the fine and complex branching patterns of individual axons, with typical diameters less than a thousandth of a millimeter, throughout the entire brain.

Dr. Oberlaender is part of the Max Planck Florida Institute’s Digital Neuroanatomy group, led by Nobel laureate Dr. Bert Sakmann. The group focuses on the functional anatomy of circuits in the cerebral cortex that form the basis of simple behaviors (e.g. decision making). One of the group’s most significant efforts is a program dedicated to obtaining a three-dimensional map of the rodent brain. This work will provide insight into the functional architecture of entire cortical areas, and will lay the foundation for a mechanistic understanding of sensory perception and behavior.

This study was carried out in collaboration with the group of Dr. Randy M. Bruno in the Neuroscience Department of Columbia University, New York.

About the Max Planck Florida Institute

The first institute established by Germany’s prestigious Max Planck Society outside of Europe, the Max Planck Florida Institute is also the first research institute of its kind in North America. MPFI seeks to provide new insight into understanding the functional organization of the nervous system, its capacity to produce perception, thought, language, memory, emotion, and action. Neural circuits, the complex synaptic networks of the brain, hold the key to understanding who we are, why we behave the way we do, and how the debilitating effects of neurological and psychiatric disorders can be ameliorated. MPFI meets this challenge by forging links between different levels of analysis—genetic, molecular, cellular, circuit, and behavioral—and developing new technologies that make cutting edge scientific discoveries possible.