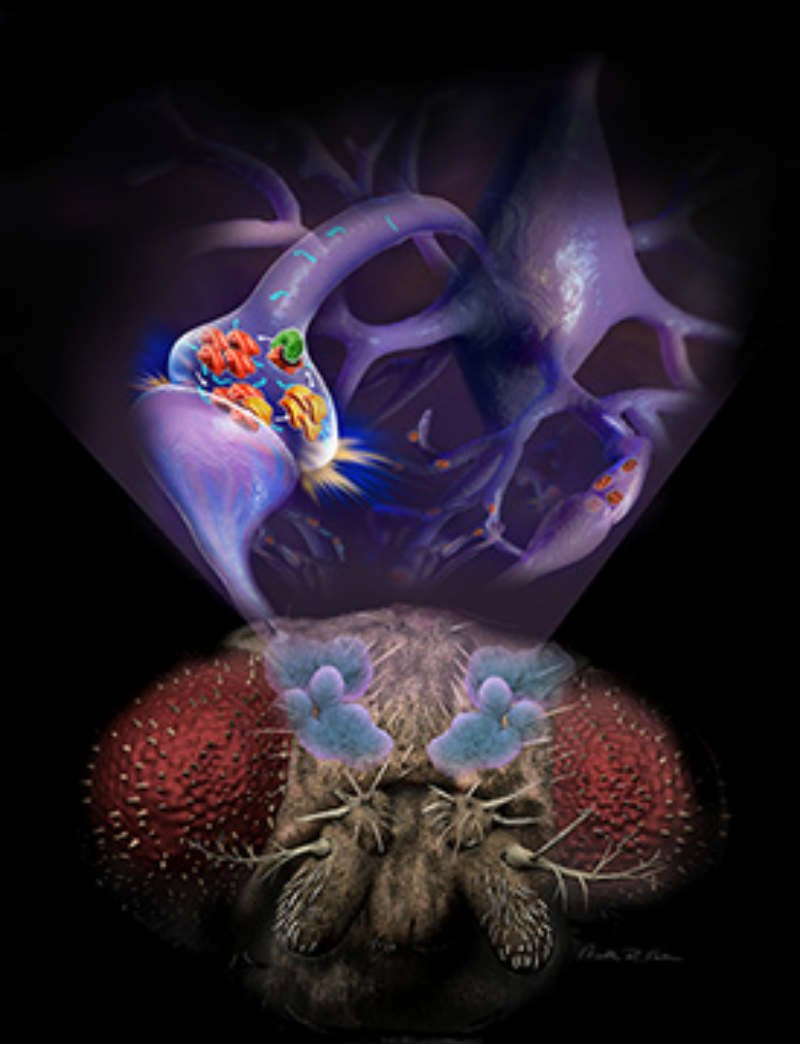 Prions can be notoriously destructive, spurring proteins to misfold and interfere with cellular function as they spread without control. New research, published in the open access journal PLOS Biology on February 11 2014, from scientists at the Stowers Institute for Medical Research reveals that certain prion-like proteins, however, can be precisely controlled so that they are generated only in a specific time and place. These prion-like proteins are not involved in disease processes; rather, they are essential for creating and maintaining long-term memories.

“This protein is not toxic; it’s important for memory to persist,” says Stowers researcher Kausik Si, Ph.D., who led the study. To ensure that long-lasting memories are created only in the appropriate neural circuits, Si explains, the protein must be tightly regulated so that it adopts its prion-like form only in response to specific stimuli. He and his colleagues report on the biochemical changes that make that precision possible.

Si’s lab is focused on finding the molecular alterations that encode a memory in specific neurons as it endures for the days, months, or years—even as the cells’ proteins are degraded and renewed. Increasingly, their research is pointing toward prion-like proteins as critical regulators of long-term memory.

In 2012, Si’s group demonstrated that prion formation in nerve cells is essential for the persistence of long-term memory in fruit flies. Prions are a fitting candidate for this job because their conversion is self-sustaining: once a prion-forming protein has shifted into its prion shape, additional proteins continue to convert without any additional stimulus.
Si’s team found that in fruit flies, the prion-forming protein Orb2 is necessary for memories to persist. Flies that produce a mutated version of Orb2 that is unable to form prions learn new behaviors, but their memories are short-lived. “Beyond a day, the memories become unstable. By three days, the memory has completely disappeared,” Si explains.

In the new study, Si wanted to find out how this process could be controlled so that memories form at the right time. “We know that all experiences do not form long-term memory—somehow the nervous system has a way to discriminate. So if prion-formation is the biochemical basis of memory, it must be regulated.” Si says. “But prion formation appears to be random for all the cases we know of so far.”

Si and his colleagues knew that Orb2 existed in two forms—Orb2A and Orb2B. Orb2B is widespread throughout the fruit fly’s nervous system, but Orb2A appears only in a few neurons, at extremely low concentrations. What’s more, once it is produced, Orb2A quickly falls apart; the protein has a half-life of only about an hour.

Their experiments revealed that when a protein called TOB associates with Orb2A , it becomes much more stable, with a new half-life of 24 hours. This step increases the prevalence of the prion-like state and explains how Orb2’s conversion to the prion state can be confined in both time and space.

The findings raise a host of new questions for Si, who now wants to understand what happens when Orb2 enters its prion-like state, as well as where in the brain the process occurs. While unraveling these mechanisms will likely be more accessible in the fruit fly than in more complex organisms, Si points out that proteins related to Orb2 and TOB have also been found in the brains of mice and humans. He has already shown that in the sea snail Aplysia, conversion to a prion-like state facilitates long-term change in synaptic strength. “This basic mechanism appears to be conserved across species,” he notes.

Notes about this neurobiology and memory research

Researchers who also contributed to the work include Liying Li and Repon Mahammad Khan in the Department of Molecular and Integrative Physiology at the University of Kansas Medical Center, and Erica White- Grindley, Fengzhen Ren, Anita Saraf and Laurence Florens at the Stowers Institute for Medical Research.

The research was funded by the Stowers Institute for Medical Research.