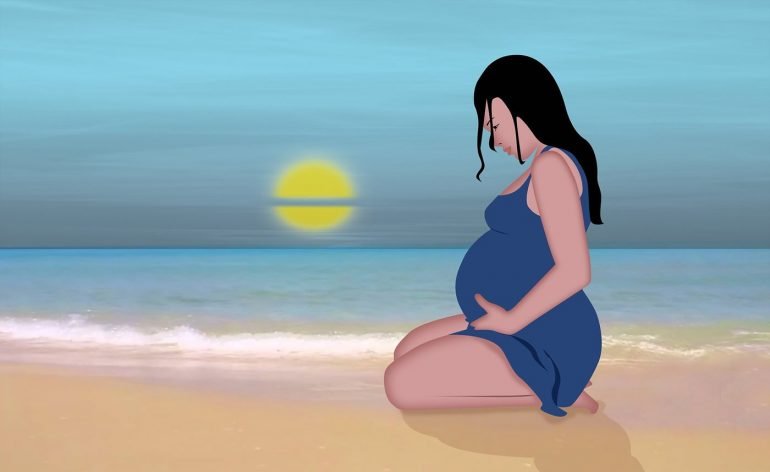 Proteobacteria can also be associated with the child's disease risk later in life. Image is in the public domain.

Summary: Chronic stress during pregnancy and elevated maternal cortisol levels have been linked to alterations in the gut microbiota of infants.

Mother’s chronic prenatal psychological distress and elevated hair cortisol concentrations are associated with gut microbiota composition of the infant, according to a new publication from the FinnBrain research project of the University of Turku, Finland. The results help to better understand how prenatal stress can be connected to infant growth and development. The study has been published in the esteemed Psychoneuroendocrinology journal.

Prenatal stress can be associated with infant growth and development. However, the mechanisms underlying this association are not yet fully understood.

“We were able to show that maternal chronic psychological distress and elevated hair cortisol concentrations during pregnancy are associated with infant gut microbiota composition but not diversity,” says Doctoral Candidate, Doctor Anna Aatsinki.

The study used hair cortisol analysis which enabled measuring the concentration averages of stress hormone cortisol over several months. In addition, the symptoms of the mother were assessed three times during pregnancy. The infant gut microbiota was analysed early at the age of 2.5 months with next generation sequencing.

Previously, similar studies have focused on animals and two have been smaller human studies making this data consisting of 399 mothers and their infants the largest in the world so far. The received results provide significant new information on the phenomenon. In addition, this study was able to confirm previously made observations.

Studying the Role of Microbes as Mediators of Stress

Both Proteobacteria and Lactobacillus are common infant gut microbes.

“We discovered, for instance, that mother’s chronic prenatal psychological distress was linked to increased abundances of Proteobacteria genera in infant microbiota. In addition, chronic psychological symptoms were connected to decreased abundances of Akkermansia genera which is considered to promote health at least in adults,” summarises Aatsinki.

According to Aatsinki, it was also interesting that low cortisol concentrations were associated with increased abundances of Lactobacillus in infant gut microbiota. Lactobacillus bacteria are considered to promote health.

However, Proteobacteria also contain species that are able to cause inflammation in the body. Proteobacteria can also be associated with the child’s disease risk later in life. Therefore, researchers consider it important to study how the observed changes are connected to later child development.

“Our study does not explain the cause-effect relationship, or whether prenatal psychological stress is linked to differences in microbial metabolic products or e.g. in immune system function. In other words, important questions still need to be answered,” notes Aatsinki.

The FinnBrain research project of the University of Turku studies the combined influence of environmental and genetic factors on the development of children. Over 4,000 families participate in the research project and they are followed from infancy long into adulthood.

Background
Maternal prenatal stress associates with infant developmental outcomes, but the mechanisms underlying this association are not fully understood. Alterations in the composition and function of infant intestinal microbiota may mediate some of the observed health effects, a viewpoint that is supported by animal studies along with a small human study showing that exposure to prenatal stress modifies the offspring’s intestinal microbiota. In the current study, we aim to investigate the associations between maternal prenatal psychological distress (PPD) and hair cortisol concentration (HCC) with infant fecal microbiota composition in a large prospective human cohort.

Methods
The study population was drawn from FinnBrain Birth Cohort Study. Maternal PPD was measured with standardized questionnaires (EPDS, SCL, PRAQ-R2, Daily Hassles) three times during pregnancy (n = 398). A measure addressing the chronicity of PPD was composed separately for each questionnaire. HCC was measured from a five cm segment at gestational week 24 (n = 115), thus covering the early and mid-pregnancy. Infant fecal samples were collected at the age of 2.5 months and analyzed with 16S rRNA amplicon sequencing.

Conclusion
Chronic maternal PPD symptoms and elevated HCC associate with alterations in infant intestinal microbiota composition. In keeping with the earlier literature, maternal PPD symptoms were associated with increases in genera fromProteobacteria phylum. Further research is needed to understand how these microbiota changes are linked with later child health outcomes.