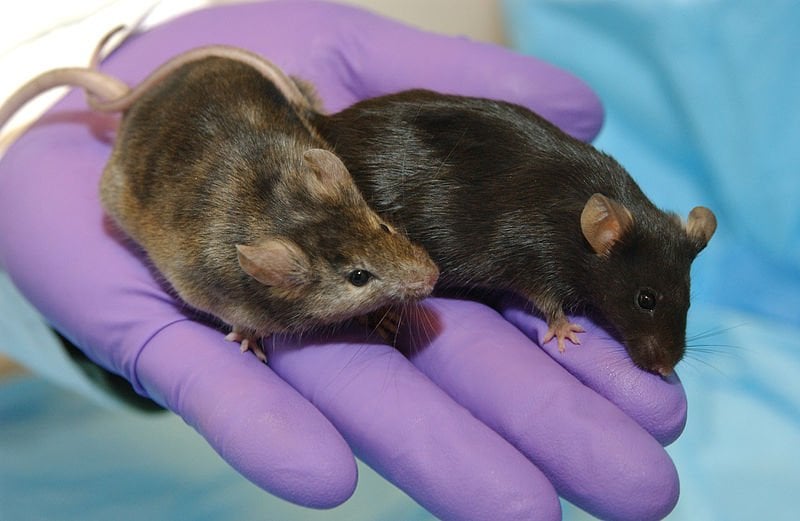 A diagnosis of multiple sclerosis (MS) is a hard lot. Patients typically get the diagnosis around age 30 after experiencing a series of neurological problems such as blurry vision, wobbly gait or a numb foot. From there, this neurodegenerative disease follows an unforgiving course.

Many people with MS start using some kind of mobility aid — cane, walker, scooter or wheelchair — by 45 or 50, and those with the most severe cases are typically bed-bound by 60. The medications that are currently available don’t do much to slow the relentless march of the disease.

In search of a better option for MS patients, a team of UW-Madison biochemists has discovered a promising vitamin D-based treatment that can halt — and even reverse — the course of the disease in a mouse model of MS. The treatment involves giving mice that exhibit MS symptoms a single dose of calcitriol, the active hormone form of vitamin D, followed by ongoing vitamin D supplements through the diet. The protocol is described in a scientific article that was published online in August in the Journal of Neuroimmunology.

“All of the animals just got better and better, and the longer we watched them, the more neurological function they regained,” says biochemistry professor Colleen Hayes, who led the study.

MS afflicts around 400,000 people nationwide, with 200 new cases diagnosed each week. Early on, this debilitating autoimmune disease, in which the immune system attacks the myelin coating that protects the brain’s nerve cells, causes symptoms including weakness, loss of dexterity and balance, disturbances to vision, and difficulty thinking and remembering. As it progresses, people can lose the ability to walk, sit, see, eat, speak and think clearly.

Current FDA-approved treatments only work for some MS patients and, even among them, the benefits are modest. “And in the long term they don’t halt the disease process that relentlessly eats away at the neurons,” Hayes adds. “So there’s an unmet need for better treatments.”

While scientists don’t fully understand what triggers MS, some studies have linked low levels of vitamin D with a higher risk of developing the disease. Hayes has been studying this “vitamin D hypothesis” for the past 25 years with the long-term goal of uncovering novel preventive measures and treatments. Over the years, she and her researchers have revealed some of the molecular mechanisms involved in vitamin D’s protective actions, and also explained how vitamin D interactions with estrogen may influence MS disease risk and progression in women.

First, Hayes’ team compared the effectiveness of a single dose of calcitriol to that of a comparable dose of a glucocorticoid, a drug now administered to MS patients who experience a bad neurological episode. Calcitriol came out ahead, inducing a nine-day remission in 92 percent of mice on average, versus a six-day remission in 58 percent for mice that received glucocorticoid.

“So, at least in the animal model, calcitriol is more effective than what’s being used in the clinic right now,” says Hayes.

Next, Hayes’ team tried a weekly dose of calcitriol. They found that a weekly dose reversed the disease and sustained remission indefinitely.

But calcitriol can carry some strong side effects — it’s a “biological sledgehammer” that can raise blood calcium levels in people, Hayes says — so she tried a third regimen: a single dose of calcitriol, followed by ongoing vitamin D supplements in the diet. This one-two punch “was a runaway success,” she says. “One hundred percent of mice responded.”

Hayes believes that the calcitriol may cause the autoimmune cells attacking the nerve cells’ myelin coating to die, while the vitamin D prevents new autoimmune cells from taking their place.

While she is excited about the prospect of her research helping MS patients someday, Hayes is quick to point out that it’s based on a mouse model of disease, not the real thing. Also, while rodents are genetically homogeneous, people are genetically diverse.

“So it’s not certain we’ll be able to translate (this discovery to humans),” says Hayes. “But I think the chances are good because we have such a broad foundation of data showing protective effects of vitamin D in humans.”

The next step is human clinical trials, a step that must be taken by a medical doctor, a neurologist. If the treatment works in people, patients with early symptoms of MS may never need to receive an official diagnosis.

“It’s my hope that one day doctors will be able to say, ‘We’re going to give you an oral calcitriol dose and ramp up the vitamin D in your diet, and then we’re going to follow you closely over the next few months. You’re just going to have this one neurological episode and that will be the end of it,'” says Hayes. “That’s my dream.”