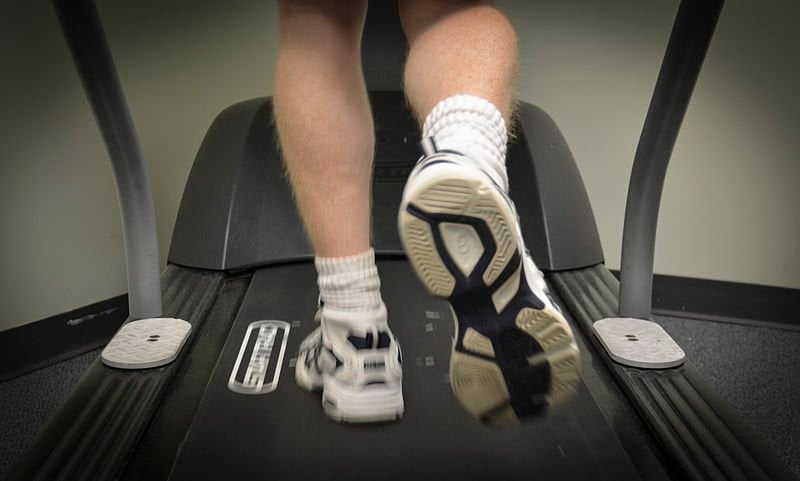 For the study, two groups of physically inactive older people, one group consisting of those with MCI and the other with healthy brain function, embarked upon a 12 week exercise program which focused on treadmill walking under the guidance of a personal trainer. After completing the training, researchers noted both better cardiovascular fitness and enhanced neural efficiency when engaged in memory retrieval tests.
Home
Featured

Exercise May be the Best Medicine for Alzheimer’s

New research out of the University of Maryland School of Public Health shows that exercise may improve cognitive function in those at risk for Alzheimer’s by improving the efficiency of brain activity associated with memory. Memory loss leading to Alzheimer’s disease is one of the greatest fears among older Americans. While some memory loss is normal and to be expected as we age, a diagnosis of mild cognitive impairment, or MCI, signals more substantial memory loss and a greater risk for Alzheimer’s, for which there currently is no cure.

The study, led by Dr. J. Carson Smith, assistant professor in the Department of Kinesiology, provides new hope for those diagnosed with MCI. It is the first to show that an exercise intervention with older adults with mild cognitive impairment (average age 78) improved not only memory recall, but also brain function, as measured by functional neuroimaging (via fMRI). The findings are published in the Journal of Alzheimer’s Disease.

“We found that after 12 weeks of being on a moderate exercise program, study participants improved their neural efficiency – basically they were using fewer neural resources to perform the same memory task,” says Dr. Smith. “No study has shown that a drug can do what we showed is possible with exercise.”

Two groups of physically inactive older adults (ranging from 60-88 years old) were put on a 12-week exercise program that focused on regular treadmill walking and was guided by a personal trainer. Both groups – one which included adults with MCI and the other with healthy brain function – improved their cardiovascular fitness by about ten percent at the end of the intervention. More notably, both groups also improved their memory performance and showed enhanced neural efficiency while engaged in memory retrieval tasks.

The good news is that these results were achieved with a dose of exercise consistent with the physical activity recommendations for older adults. These guidelines urge moderate intensity exercise (activity that increases your heart rate and makes you sweat, but isn’t so strenuous that you can’t hold a conversation while doing it) on most days for a weekly total of 150 minutes.

One of the first observable symptoms of Alzheimer’s disease is the inability to remember familiar names. Smith and colleagues had study participants identify famous names and measured their brain activation while engaged in correctly recognizing a name – e.g., Frank Sinatra, or other celebrities well known to adults born in the 1930s and 40s. “The task gives us the ability to see what is going on in the brain when there is a correct memory performance,” Smith explains.

Tests and imaging were performed both before and after the 12-week exercise intervention. Brain scans taken after the exercise intervention showed a significant decrease in the intensity of brain activation in eleven brain regions while participants correctly identified famous names. The brain regions with improved efficiency corresponded to those involved in the pathology of Alzheimer’s disease, including the precuneus region, the temporal lobe, and the parahippocampal gyrus.

The exercise intervention was also effective in improving word recall via a “list learning task,” i.e., when people were read a list of 15 words and asked to remember and repeat as many words as possible on five consecutive attempts, and again after a distraction of being given another list of words.

“People with MCI are on a very sharp decline in their memory function, so being able to improve their recall is a very big step in the right direction,” Smith states.

The results of Smith’s study suggest that exercise may reduce the need for over-activation of the brain to correctly remember something. That is encouraging news for those who are looking for something they can do to help preserve brain function.

Dr. Smith has plans for a larger study that would include more participants, including those who are healthy but have a genetic risk for Alzheimer’s, and follow them for a longer time period with exercise in comparison to other types of treatments. He and his team hope to learn more about the impact of exercise on brain function and whether it could delay the onset or progression of Alzheimer’s disease.