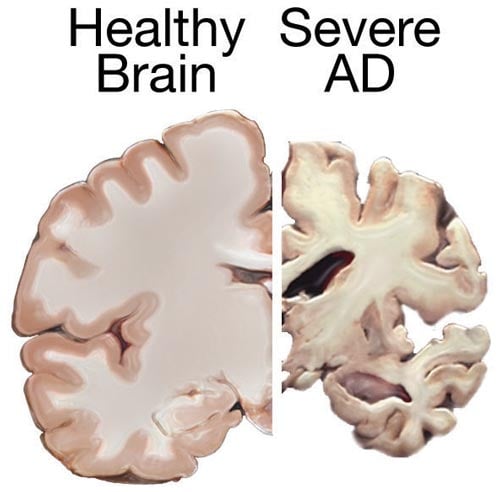 Next-generation drugs designed to fight Alzheimer’s disease look very promising. Scientists have unveiled the mechanisms behind two classes of compound currently being tested in clinical trials. They have also identified a likely cause of early-onset hereditary forms of the disease.

The future is looking good for drugs designed to combat Alzheimer’s disease. EPFL scientists have unveiled how two classes of drug compounds currently in clinical trials work to fight the disease. Their research suggests that these compounds target the disease-causing peptides with high precision and with minimal side-effects. At the same time, the scientists offer a molecular explanation for early-onset hereditary forms of Alzheimer’s, which can strike as early as thirty years of age. The conclusions of their research, which has been published in the journal Nature Communications, are very encouraging regarding the future of therapeutic means that could keep Alzheimer’s disease in check.

Alzheimer’s disease is characterized by an aggregation of small biological molecules known as amyloid peptides. We all produce these molecules; they play an essential antioxidant role. But in people with Alzheimer’s disease, these peptides aggregate in the brain into toxic plaques – called “amyloid plaques” – that destroy the surrounding neurons.

The process starts with a long protein, “APP”, which is located across the neuron’s membrane. This protein is cut into several pieces by an enzyme, much like a ribbon is cut by scissors. The initial cut generates a smaller intracellular protein that plays a useful role in the neuron. Another cut releases the rest of APP outside the cell – this part is the amyloid peptide.

For reasons not yet well understood, APP protein can be cut in several different places, producing amyloid peptides that are of varying lengths. Only the longer forms of the amyloid peptide carry the risk of aggregating into plaques, and people with Alzheimer’s disease produce an abnormally high number of these.

The two next-generation classes of compound that are currently in clinical trials target an enzyme that cuts APP, known as gamma secretase. Until now, our understanding of the mechanism involved has been lacking. But with this work, the EPFL researchers were able to shed some more light on it by determining how the drug compounds affect gamma secretase and its cutting activity.

In most forms of Alzheimer’s, abnormally large quantities of the long amyloid peptide 42 – named like that because it contains 42 amino acids – are formed. The drug compounds change the location where gamma secretase cuts the APP protein, thus producing amyloid peptide 38 instead of 42, which is shorter and does not aggregate into neurotoxic plaques.

Compared to previous therapeutic efforts, this is considerable progress. In 2010, Phase III clinical trials had to be abandoned, because the compound being tested inhibited gamma-secretase’s function across the board, meaning that the enzyme was also deactivated in essential cellular differentiation processes, resulting to side-effects like in gastrointestinal bleeding and skin cancer.

“Scientists have been trying to target gamma secretase to treat Alzheimer’s for over a decade,” explains Patrick Fraering, senior author on the study and Merck Serono Chair of Neurosciences at EPFL. “Our work suggests that next-generation molecules, by modulating rather than inhibiting the enzyme, could have few, if any, side-effects. It is tremendously encouraging.”

New insights into hereditary forms of the disease

During their investigation, the scientists also identified possible causes behind some hereditary forms of Alzheimer’s disease. Early-onset Alzheimer’s can appear as early as thirty years of age, with a life expectancy of only a few years. In vitro experiments and numerical simulations show that in early-onset patients, mutations in the APP protein gene modify the way by which APP is cut by the gamma-secretase enzyme. This results in overproduction of amyloid peptide 42, which then aggregates into amyloid plaques.

This research illuminates much that is unknown about Alzheimer’s disease. “We have obtained extraordinary knowledge about how gamma secretase can be modulated,” explains co-author Dirk Beher, scientific chief officer of Asceneuron, a spin-off of Merck Serono, the biopharmaceutical division of Merck KGaA, Darmstadt, Germany. “This knowledge will be invaluable for developing even better targeted drugs to fight the disease.”