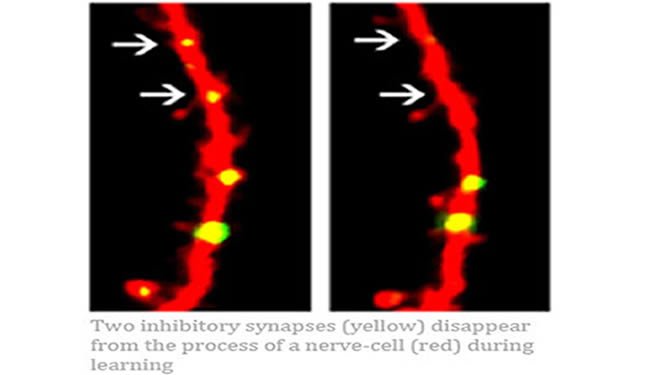 They say you can’t teach an old dog new tricks. Fortunately, this is not always true. Researchers at the Netherlands Institute for Neuroscience (NIN-KNAW) have now discovered how the adult brain can adapt to new situations.

The Dutch researchers’ findings are published on Wednesday in the prestigious journal Neuron. Their study may be significant in the treatment of neurodevelopmental disorders such as epilepsy, autism and schizophrenia.

Our brain processes information in complex networks of nerve cells. The cells communicate and excite one another through special connections, called synapses. Young brains are capable of forming many new synapses, and they are consequently better at learning new things. That is why we acquire vital skills – walking, talking, hearing and seeing – early on in life. The adult brain stabilises the synapses so that we can use what we have learned in childhood for the rest of our lives.

Earlier research found that approximately one fifth of the synapses in the brain inhibit rather than excite other nerve-cell activity. Neuroscientists have now shown that many of these inhibitory synapses disappear if the adult brain is forced to learn new skills. They reached this conclusion by labelling inhibitory synapses in mouse brains with fluorescent proteins and then tracking them for several weeks using a specialised microscope. They then closed one of the mice’s eyes temporarily to accustom them to seeing through just one eye. After a few days, the area of the brain that processes information from both eyes began to respond more actively to the open eye. At the same time, many of the inhibitory synapses disappeared and were later replaced by new synapses.

Inhibitory synapses are vital for the way networks function in the brain. “Think of the excitatory synapses as a road network, with traffic being guided from A to B, and the inhibitory synapses as the matrix signs that regulate the traffic,” explains research leader Christiaan Levelt. “The inhibitory synapses ensure an efficient flow of traffic in the brain. If they don’t, the system becomes overloaded, for example as in epilepsy; if they constantly indicate a speed of 20 kilometres an hour, then everything will grind to a halt, for example when an anaesthetic is administered. If you can move the signs to different locations, you can bring about major changes in traffic flows without having to entirely reroute the road network.”

Inhibitory synapses play a hugely influential role on learning in the young brain. People who have neurodevelopmental disorders – for example epilepsy, but also autism and schizophrenia – may have trouble forming inhibitory synapses. The discovery that the adult brain is still capable of pruning or forming these synapses offers hope that pharmacological or genetic intervention can be used to enhance or manage this process. This could lead to important guideposts for treating the above-mentioned neurological disorders, but also repairing damaged brain tissue.

Notes about this learning research article