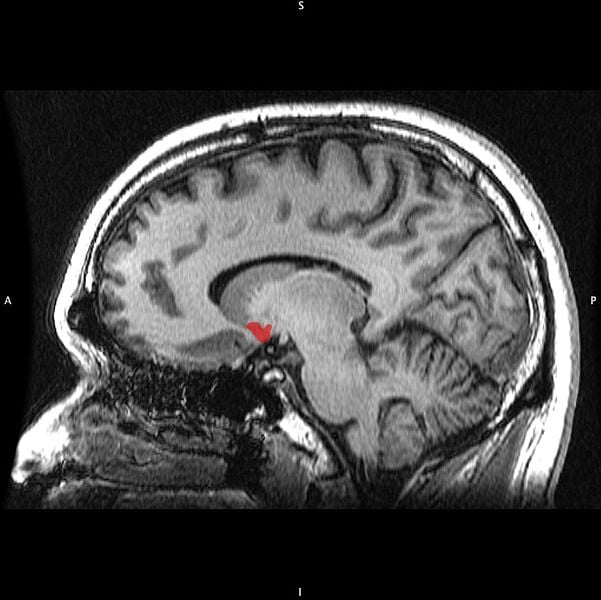 A new study conducted by a team of Indiana University neuroscientists demonstrates that GLT1, a protein that clears glutamate from the brain, plays a critical role in the craving for cocaine that develops after only several days of cocaine use.

The study, appearing in The Journal of Neuroscience, showed that when rats taking large doses of cocaine are withdrawn from the drug, the production of GLT1 in the nucleus accumbens, a region of the brain implicated in motivation, begins to decrease. But if the rats receive ceftriaxone, an antibiotic used to treat meningitis, GLT1 production increases during the withdrawal period and decreases cocaine craving.

George Rebec, professor in the Department of Psychological and Brain Sciences, said drug craving depends on the release of glutamate, a neurotransmitter involved in motivated behavior. Glutamate is released in response to the cues associated with drug taking, so when addicts are exposed to these cues, their drug craving increases even if they have been away from the drug for some time.

The same behavior can be modeled in rats. When rats, who self-administer cocaine by pressing a lever that delivers the cocaine into their bodies, are withdrawn from the drug for several weeks, their craving returns if they are exposed to the cues that accompanied drug delivery in the past; in this case, a tone and light. But if the rats are treated with ceftriaxone during withdrawal, they no longer seek cocaine when the cues are presented.

Ceftriaxone appears to block craving by reversing the decrease in GLT1 caused by repeated exposure to cocaine. In fact, ceftriaxone increases GLT1, which allows glutamate to be cleared quickly from the brain. The Rebec research group localized this effect to the nucleus accumbens by showing that if GLT1 was blocked in this brain region even after ceftriaxone treatment, the rats would relapse.

“The idea is that increasing GLT1 will prevent relapse. If we block GLT1, the ceftriaxone should not work,” Rebec said. “We now have good evidence that ceftriaxone is acting on GLT1 and that the nucleus accumbens is the critical site.”

Rebec said prior work on Huntington’s disease, a neurodegenerative disorder, alerted him and his team to the way ceftriaxone acts on the expression of GLT1, a protein that removes glutamate from the brain. Glutamate removal is a problem in Huntington’s disease, and Rebec’s team found that ceftriaxone increases GLT1 and improves neurological signs of the disease in mouse models.

It now is important to determine why cocaine decreases GLT1 and to see whether other drugs of abuse have the same effect. Rebec and colleagues have shown that ceftriaxone also can decrease the craving for alcohol in rats selectively bred to prefer alcohol.

Drug cues are one factor that can trigger relapse. Future work also will examine whether ceftriaxone can block drug craving induced by stress or by re-exposure to the drug. If so, it would mean that GLT1 could become an important target in the search for treatments to prevent drug relapse. Now, Rebec said, there are a number of factors to study. “We don’t yet know how long the effects of ceftriaxone last. Does an addict have to be on it for a month or will it lose its effectiveness? We don’t yet know what will happen.”

In the cocaine study, the rats self-administer cocaine for six hours a day for up to 11 days. Their behavior is much like that of a human addict.

Withdrawal serves as an incubation period during which craving increases if it is activated by cues or other factors. “Something changes in the brain during that time to trigger the craving or make it more likely that you want the drug,” Rebec said. “That’s what ceftriaxone seems to be interfering with.”

Ceftriaxone is now in clinical trials on people with ALS, also known as Lou Gehrig’s disease, which has many mechanisms in common with other neurodegenerative diseases such as Huntington’s disease and Alzheimer’s.

Co-authors of “The Role of the Major Glutamate Transporter GLT1 in Nucleus Accumbens Core Versus Shell in Cue-Induced Cocaine-Seeking Behavior” are Kathryn D. Fischer and Alexander C.W. Houston. Fischer received her Ph.D. in neuroscience from IU and is now a postdoctoral fellow at Harvard University. Houston, a former undergraduate in the Rebec lab, is now a graduate student at MIT.

The research was supported by the National Institute on Drug Abuse.