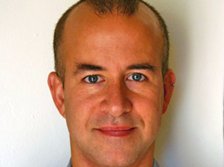 Gage Crump is the corresponding author on research that has determined signaling pathways that help control development of the head and face. Credit Keck School of Medicine USC.
Home
Featured

Using cutting-edge time-lapse photography, Keck School of Medicine researchers have discovered clues to the development of the head at the cellular level, which could point scientists to a better understanding of how organs and birth defects form in humans.

A team of researchers at the Eli and Edythe Broad Center for Regenerative Medicine and Stem Cell Research at USC has for the first time determined the role of two important molecular signaling pathways that help control the number and position of repeated units of cells that pattern the head and face.

Two members of a “Wnt” signaling pathway are instrumental in forming pharyngeal pouches that organize the structure of the head and face. Problems with forming the pouches can result in birth defects, including the rare DiGeorge syndrome, which causes an array of symptoms including an abnormal facial appearance, cleft palate, congenital heart disease, and loss of the thyroid and thymus.

The research, conducted over a five-year period, was accomplished by photographing live zebrafish embryos every 10 minutes for 36-hour periods with a sophisticated microscope, enabling the researchers to see the pouches forming in real time, said Gage Crump, assistant professor in cell and neurobiology, and corresponding author on the research.

“Zebrafish and humans are similar at the genetic level and the organ level,” Crump said. “They have almost all the same organs that we do, which makes the fish a very relevant system for understanding human health and disease.”

The pharyngeal pouches develop the gills in fish, and in human fetuses they also form gill-like structures, which later organize the head skeleton and organs such as the thymus and thyroid. Birth defects like DiGeorge syndrome can be traced back to malformations in the development of the pharyngeal pouches, Crump said.

Choe developed more than 100 different transgenic lines, transferring key genes to live zebrafish embryos where they could be studied under the microscope at the single cell level. Surprisingly, the lengthy filming doesn’t harm the embryos and they can grow up to be normal fish, Crump said.

The Wnt pathways are significant because they control two separate cell behaviors. Choe discovered this by finding a way to genetically block each pathway and then making time-lapse videos of how development went wrong in each case.

“In the future as we get better at harnessing stem cells to create organs, we hope to be able to bioengineer these cells to make a particularly shaped organ,” Crump said. “What we’re learning in zebrafish by studying these pouches will be generally applicable and we can pursue these basic principles to come up with new types of technology involving cellular therapy.”

The Hemispheres Are Not Equal: How the Brain Is Not Symmetrical

The team is now studying other signaling pathways and their possible contributions to organ development and defects.

Funding for the research was provided by the California Institute for Regenerative Medicine (CIRM).

Also contributing to the research were Andres Collazo of the House Research Institute, Le A. Trinh of the Molecular and Computational Biology department at USC and Biological Imaging Center at the California Institute of Technology, and Luyuan Pan and Cecilia B. Moens of the Fred Hutchinson Cancer Research Center.