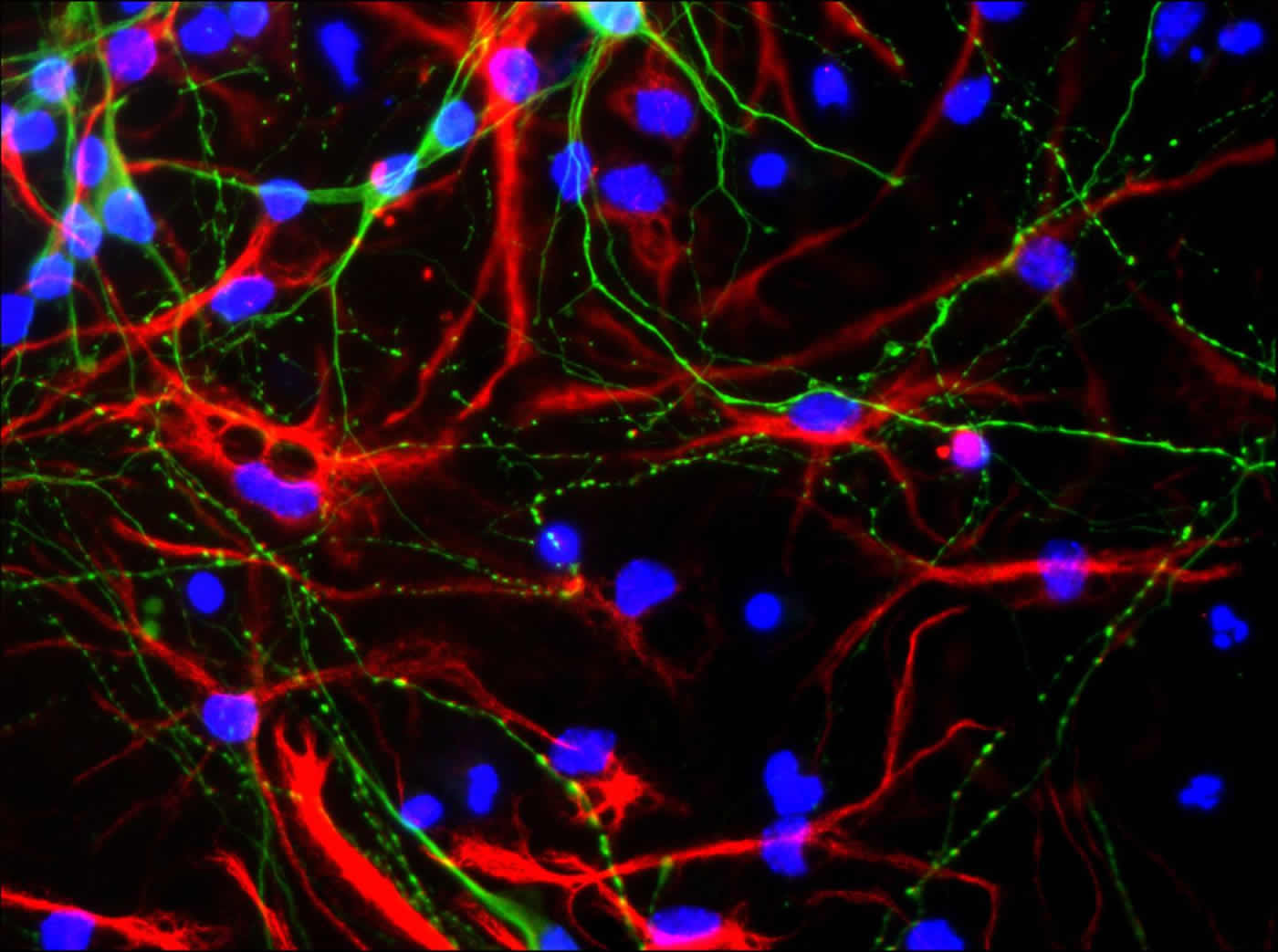 Summary: Researchers have identified how a two step control mechanism that assists in the transition of undefined stem cells into neurons. The findings may help develop new regenerative medical therapies for neurodegenerative diseases.

Professor Yukiko Gotoh at the University of Tokyo leads the team of scientists who identified the epigenetic control mechanisms of how neural stem cells lose the potential to produce neurons.

“It is a paradox for regenerative medicine that neural stem cells produce fewer cells as they differentiate into additional cell types. We would like to grow specific cell types and lots of them,” said Gotoh.

All body cells have the same DNA, but different genes are turned on or off to make different cell types. To understand brain development, researchers examined how a protein called polycomb repressive complex 1 (PRC1) controls the expression of genes related to neuronal function inside neural stem cells. Earlier results had revealed PRC1 regulates gene expression in stem cells, but not the specifics how and when.

They collected neural stem cells from the brains of mouse embryos that grew inside a mother mouse until the midpoint of the embryonic development period, or 11 days after conception. Then, researchers separated the cells into two groups to grow outside the body for different periods: one group until it reached the early stage of neural development, when neurons are formed, and the other group until the late stage when the cells turn into astrocytes.

“Neural stem cells must keep track of their own calendar. Even while growing outside the body they differentiate normally into neurons and then into astrocytes,” said Gotoh.

Researchers discovered that PRC1 represses genes related to neuronal function through activity of adding a molecule called ubiquitin during early stages of brain development in which neural stem cells produce neurons. Then, at later stages of brain development when stem cells switch to producing astrocytes, the ubiquitin-adding activity becomes unnecessary. PRC1 instead becomes clusters (polymers) on these genes in the late stage.

PRC1 represses genes related to neuronal function transiently in the early stage, but permanently in the late stage of brain development.

Understanding the different control mechanisms at two distinct stages of brain development may provide researchers with new tools to manipulate neural stem cells. The results may also help develop methods to change a cell’s type: for example, collecting astrocytes out of adult patients and turning those cells into new neurons.

Understanding how the brain first develops different cell types helps researchers imagine how to design treatments for neurodegenerative conditions, such as Alzheimer’s disease, Parkinson’s disease, and amyotrophic lateral sclerosis (ALS or Lou Gehrig’s disease), when those cells are damaged. Scientists could also use the same information to treat neuron damage elsewhere in the body, including spinal cord injuries and other ailments.

Professor Yukiko Gotoh has a dual appointment at the Graduate School of Pharmaceutical Sciences and the International Research Center for Neurointelligence at the University of Tokyo.

Polycomb repressive complex (PRC) 1 maintains developmental genes in a poised state through monoubiquitination (Ub) of histone H2A. Although Ub-independent functions of PRC1 have also been suggested, it has remained unclear whether Ub-dependent and -independent functions of PRC1 operate differentially in a developmental context. Here, we show that the E3 ubiquitin ligase activity of Ring1B, a core component of PRC1, is necessary for the temporary repression of key neuronal genes in neurogenic (early-stage) neural stem or progenitor cells (NPCs) but is dispensable for the persistent repression of these genes associated with the loss of neurogenic potential in astrogliogenic (late-stage) NPCs. Our results also suggest that histone deacetylase (HDAC) activity of the NuRD/MBD3 complex and Phc2-dependent PRC1 clustering are necessary for the transition from the Ub-dependent to -independent function of PRC1. Together, these results indicate that Ub-independent mode of repression by PRC1 plays a key role in mammalian development during cell fate restriction.