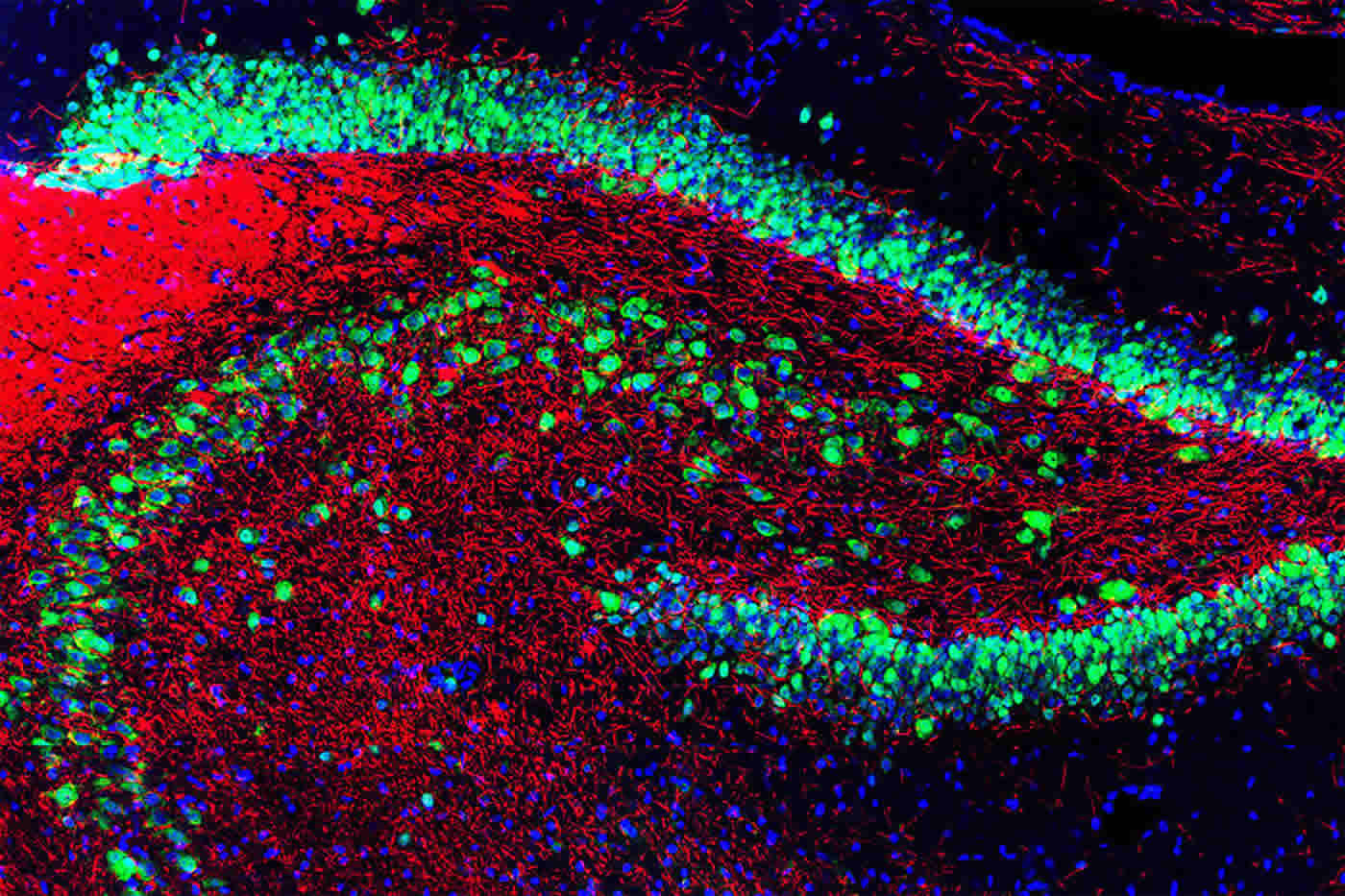 After three months the researchers examined an area of the rats' brains associated with learning and memory, the hippocampus, and compared that with the hippocampi of two-and-a-half-month-old or "adolescent" rats. Image is for illustrative purposes only. Credit: GerryShaw.

As brain cells age they lose the fibers that receive neural impulses, a change that may underlie cognitive decline. Researchers at the University of California, Irvine recently found a way to reverse this process in rats. The study was published Feb. 3, 2016 in The Journal of Neuroscience. Researchers caution that more studies are needed, but the findings shed light on the mechanisms of cognitive decline and identify potential strategies to stem it.

“There’s a tendency to think that aging is an inexorable process, that it’s something in the genes and there’s nothing you can do about it,” said study co-author Gary Lynch. “This paper is saying that may not be true.”

The researchers studied dendrites — the branch-like fibers that extend from neurons and receive signals from other neurons — in rats. Evidence from other studies in rodents, monkeys, and humans indicates that dendrites dwindle with age and that this process — called dendritic retraction — occurs as early as middle age.

The team, led by Lynch, Julie Lauterborn, and Linda Palmer, wanted to know whether dendritic retraction was already underway in 13-month-old or “middle-aged” rats and, if it was, could they reverse it by giving rats a compound called an ampakine. Ampakines had previously been shown to improve age-related cognitive deficits in rats as well as increase production of a key growth factor, brain-derived neurotrophic factor (BDNF) in the brain.

The researchers housed 10-month-old male rats in cages with enriched environments. Unlike standard cages, these enhanced cages provided ample space, a large running wheel, and several objects for the rats to explore. Eleven rats received an oral dose of the ampakine each day for the next three months while the other 12 rats received a placebo. During this three-month window the researchers conducted behavioral testing by monitoring the rats’ activity as they explored an unfamiliar environment. After three months the researchers examined an area of the rats’ brains associated with learning and memory, the hippocampus, and compared that with the hippocampi of two-and-a-half-month-old or “adolescent” rats.

“Middle-aged” rats given the placebo had shorter dendrites and fewer dendritic branches than the younger rats. The brains of rats given the ampakine, however, were mostly indistinguishable from the young rats — dendrites in both were similar in length and in the amount of branching. What’s more, the researchers also found that treated rats had significantly more dendritic spines, the small projections on dendrites that receive signals from other neurons, than either the untreated rats or the young rats.

The researchers found that anatomical differences between the rats also correlated with differences in a biological measure of learning and memory: the treated rats showed enhanced signaling between neurons — a phenomenon called long-term potentiation.

Finally, differences between treated rats and untreated rats appeared in behavioral testing. Typically, rats placed in a new environment spend a lot of time randomly exploring. As they become more familiar, they settle into predicable patterns of activity. Rats receiving ampakine settled into predictable patterns in a foreign play arena by the second day of testing whereas the placebo group of rats continued randomly exploring.

“The treated rats had better memory of the arena and developed strategies to explore,” Lynch said, pointing out that they had in effect reversed the effects of aging in the brain.

“The importance of optimizing cognitive function across the lifespan cannot be overstated,” said Carol Barnes, a neuroscientist at the University of Arizona who studies the effects of aging on the brain and was not involved in the study. This study “is particularly interesting because the drug effect was selective in the brain functions and behaviors that were changed. This is the kind of specificity that could make translation to the clinic possible,” she added.

However, the researchers caution that much work remains to be done before the drug is tested in people.

“The next step is to repeat the study,” Lynch said, noting there are a lot of implications associated with this research and they need to proceed with care. The researchers would also want to explore how many days of treatment are necessary to see the same results and whether the drug would also work in older rats and females as well as males.

Source: Lisa Chiu – SFN
Image Credit: The image is credited to GerryShaw and is licensed CC BY SA 3.0
Original Research: The research will appear in Journal of Neuroscience during the week of February 1 2016.