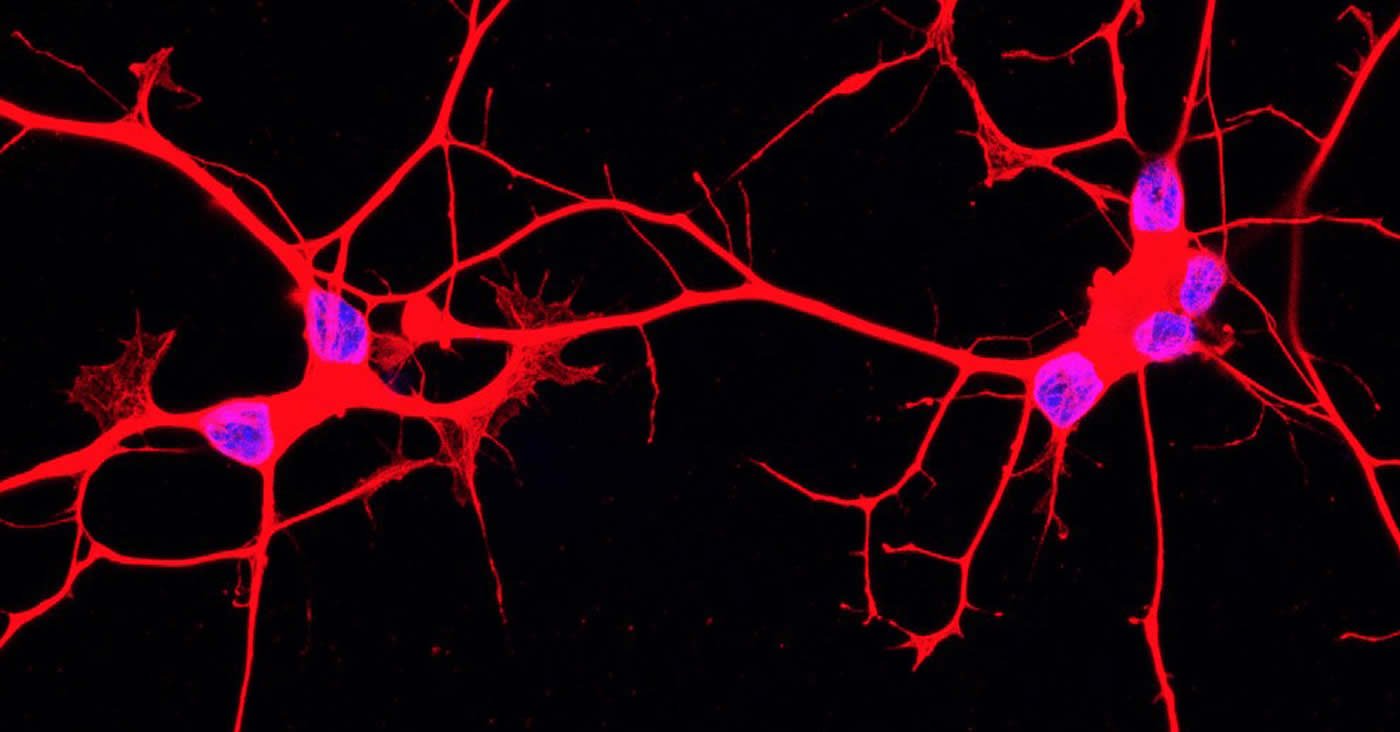 Northwestern Medicine scientists have discovered that some neurons affected by amyotrophic lateral sclerosis (ALS) display hypo-excitability, using a new method to measure electrical activity in cells, according to a study published in Stem Cell Reports.

“The excitability changes observed in these patient neurons most likely represent the early steps in the disease process,” said Evangelos Kiskinis, PhD, assistant professor in the Ken and Ruth Davee Department of Neurology in the Division of Neuromuscular Disease. He is a principal investigator at the Les Turner ALS Center and a co-author of the study. “The fact that these changes are detectable in stem cell-derived neurons offers the hope that interventions that affect excitability could affect disease progression before symptoms begin.”

“This allows us to literally see electricity in a cell and measure hundreds of cells in one go,” said Kiskinis, also a professor of Physiology. “In the past, we relied on single cell manual patch physiology to get this information, which lasted for days and required significant manual working hours.”

In the current study, Kiskinis, along with collaborators at Harvard University, created patient-derived spinal cord motor neurons from ALS patient stem cells and used the optopatch technique to examine the electrical patterns from thousands of neurons — the first time the approach has been used to study a human disease model.

The scientists found that ALS neurons were hyper-excitable under normal conditions, but became hypo-excited when prompted to fire rapidly. These findings are in line with what previous studies have shown about the transition from hyper-excitability to hypo-excitability and eventually cell death in ALS neurons, according to Kiskinis.

In addition, they found only some ALS neurons exhibited these characteristics; the rest appeared normal.

“These observations highlight the importance of analyzing neuronal recordings at the single-cell level, rather than simply looking at aggregate population-level statistics,” Kiskinis said. “We are intrigued to find what makes some of our cells vulnerable while others are resistant to this phenotype.”

In the future, Kiskinis and his collaborators hope to examine whether other genetic sub-types of ALS exhibit these alterations in excitability and search for molecules that can reverse those changes.

“We now have a platform to study this process in more detail and identify such therapeutic interventions,” Kiskinis said.

This study was performed in collaboration with the laboratories of Adam Cohen, PhD, professor of Chemistry, Chemical Biology and Physics at Harvard University, and Kevin Eggan, PhD, professor of Stem Cell and Regenerative Biology at Harvard University. Alberto Ortega, PhD, and Konstantinos Tsioras, PhD, both postdoctoral fellows in the Kiskinis laboratory, also contributed to this study.

Funding: This research was supported by grants from the Les Turner ALS Foundation, National Institutes of Health grants 1-R01-EB012498 and 1-DP2-OD007428, and support from the Howard Hughes Medical Institute.

Summary
Human induced pluripotent stem cell (iPSC)-derived neurons are an attractive substrate for modeling disease, yet the heterogeneity of these cultures presents a challenge for functional characterization by manual patch-clamp electrophysiology. Here, we describe an optimized all-optical electrophysiology, “Optopatch,” pipeline for high-throughput functional characterization of human iPSC-derived neuronal cultures. We demonstrate the method in a human iPSC-derived motor neuron (iPSC-MN) model of amyotrophic lateral sclerosis (ALS). In a comparison of iPSC-MNs with an ALS-causing mutation (SOD1 A4V) with their genome-corrected controls, the mutants showed elevated spike rates under weak or no stimulus and greater likelihood of entering depolarization block under strong optogenetic stimulus. We compared these results with numerical simulations of simple conductance-based neuronal models and with literature results in this and other iPSC-based models of ALS. Our data and simulations suggest that deficits in slowly activating potassium channels may underlie the changes in electrophysiology in the SOD1 A4V mutation.