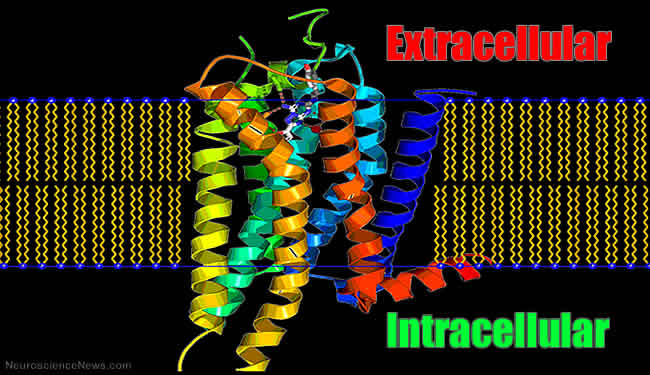 A receptor recently discovered to control the movement of immune cells across the blood-brain barrier may hold the key to treating multiple sclerosis (MS), a neuroinflammatory disease of the central nervous system.

In multiple sclerosis, immune cells enter the central nervous system and attack and destroy the myelin sheath surrounding the axons of nerve cells in the brain and spinal cord, resulting in blindness, paralysis, incontinence and many more symptoms.

The research appears in the Journal of Immunology, and reveals how the A2A adenosine receptor expressed on blood-brain barrier cells acts as a gateway, allowing immune cells to enter the brain, where they can cause havoc in people with MS.

The blood-brain barrier is composed of specialized cells that selectively prevent substances from passing from the bloodstream into the brain.

“We found that expression of this A2A adenosine receptor is important for regulating the entry of cells into the brain; whereby its activation allows immune cell entry and its inhibition blocks entry,” said Margaret Bynoe, associate professor of immunology at Cornell University’s College of Veterinary Medicine and senior author of the paper, which was also selected as a featured publication in the “In This Issue” section of the journal, where the top 10 percent of manuscripts are featured. Jeffrey Mills, a postdoctoral associate in Bynoe’s lab, is the paper’s lead author.

“The implications of these findings are that, potentially, modulation of this receptor can be beneficial for future treatment of MS,” Bynoe said.

Scientists Take Another Step Toward Building a Better, Safer Opioid

Notes about this Multiple Sclerosis research and article

The study was funded by the National Institutes of Health.  For more information about Bynoe’s research, visit here.