Like swinging a tennis racket during a ball toss to serve an ace, slow and speedy brainwaves during deep sleep must sync up at exactly the right moment to hit the save button on new memories, according to new UC Berkeley research.

“The mistiming prevents older people from being able to effectively hit the save button on new memories, leading to overnight forgetting rather than remembering,” said study senior author Matthew Walker, a UC Berkeley professor of neuroscience and psychology and director of the campus’s Center for Human Sleep Science. 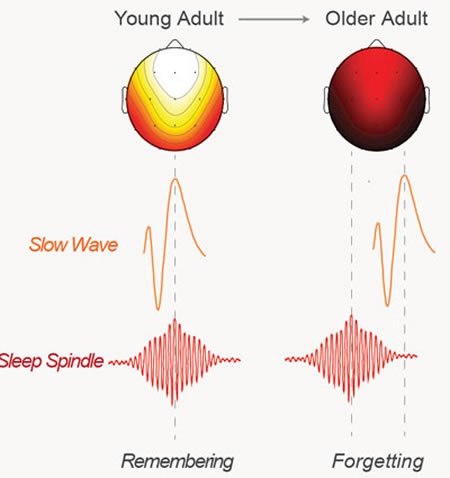 “As the brain ages, it cannot precisely coordinate these two deep-sleep brain waves,” Walker added. “Like a tennis player who is off their game, they’re swiping and missing.”

In tennis lingo, for example, the slow brainwaves or oscillations represent the ball toss while the spindles symbolize the swing of the racket as it aims to make contact with the ball and serve an ace.

“Timing is everything. Only when the slow waves and spindles come together in a very narrow opportunity time window (approximately one-tenth of a second), can the brain effectively place new memories into its long-term storage,” said study lead author Randolph Helfrich, a postdoctoral fellow in neuroscience at UC Berkeley

Moreover, researchers found that the aging brain’s failure to coordinate deep-sleep brainwaves is most likely due to degradation or atrophy of the medial frontal cortex, a key region of the brain’s frontal lobe that generates the deep, restorative slumber that we enjoy in our youth.

“The worse the atrophy in this brain region of older adults, the more uncoordinated and poorly timed are their deep-sleep brainwaves,” Walker said. “But there is a silver lining: Sleep is now a new target for potential therapeutic intervention.”

To amplify slow waves and get them into optimal sync with spindles, researchers plan to apply electrical brain stimulation to the frontal lobe in future experiments.

“By electrically boosting these nighttime brainwaves, we hope to restore some degree of healthy deep sleep in the elderly and those with dementia, and in doing so, salvage aspects of their learning and memory,” Walker said.

For the study, researchers compared the overnight memory of 20 healthy adults in their 20s to that of 32 healthy older adults, mostly in their 70s. Before going to bed for a full night’s sleep, participants learned and were then tested on 120 word sets. 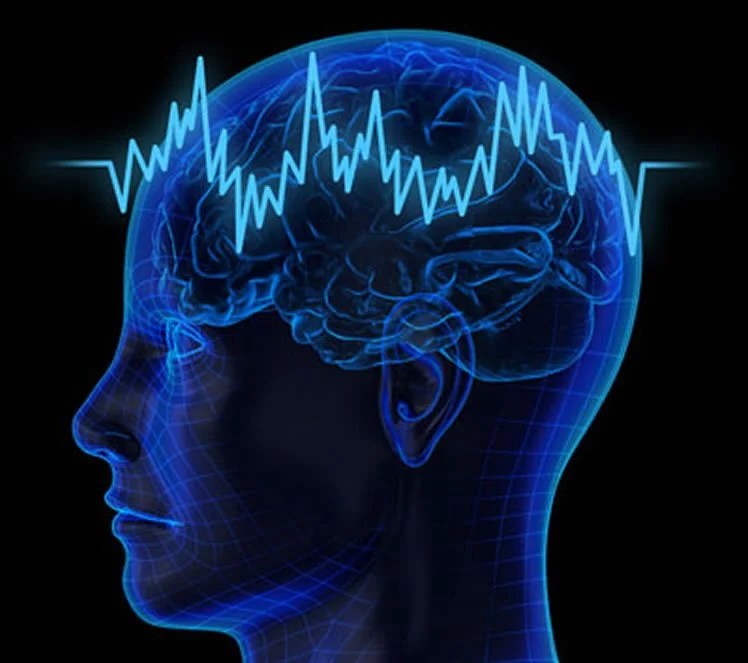 The researchers found that the aging brain’s failure to coordinate deep-sleep brainwaves is most likely due to degradation or atrophy of the medial frontal cortex, a key region of the brain’s frontal lobe that generates the deep, restorative slumber that we enjoy in our youth. NeuroscienceNews.com image is adapted from the UC Berkeley news release.

The EEG results showed that in older people, the spindles consistently peaked early in the memory-consolidation cycle and missed syncing up with the slow waves.

Moreover, brain imaging showed grey matter atrophy in the medial frontal cortex of older adults, which suggests that deterioration within the frontal lobe prevents deep slow waves from perfectly syncing up with spindles.

In addition to Walker and Helfrich, Robert Knight and William Jagust at UC Berkeley and Bryce Mander, now at UC Irvine, are co-authors of the study.

Summary
The coupled interaction between slow-wave oscillations and sleep spindles during non-rapid-eye-movement (NREM) sleep has been proposed to support memory consolidation. However, little evidence in humans supports this theory. Moreover, whether such dynamic coupling is impaired as a consequence of brain aging in later life, contributing to cognitive and memory decline, is unknown. Combining electroencephalography (EEG), structural MRI, and sleep-dependent memory assessment, we addressed these questions in cognitively normal young and older adults. Directional cross-frequency coupling analyses demonstrated that the slow wave governs a precise temporal coordination of sleep spindles, the quality of which predicts overnight memory retention. Moreover, selective atrophy within the medial frontal cortex in older adults predicted a temporal dispersion of this slow wave-spindle coupling, impairing overnight memory consolidation and leading to forgetting. Prefrontal-dependent deficits in the spatiotemporal coordination of NREM sleep oscillations therefore represent one pathway explaining age-related memory decline.