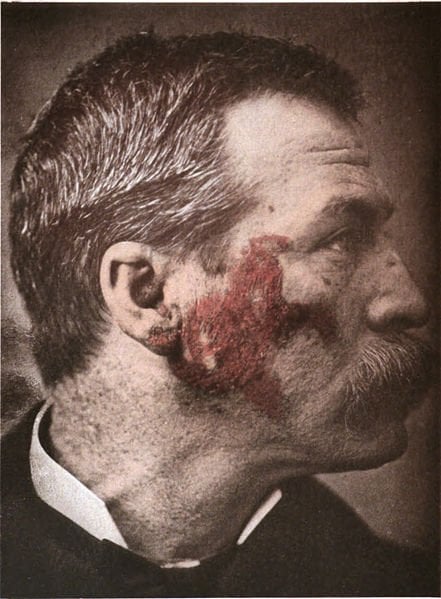 A team led by scientists at The Scripps Research Institute (TSRI) has identified specific cellular events that appear key to lupus, a debilitating autoimmune disease that afflicts tens of millions of people worldwide. The findings suggest that blocking this pathway in lupus-triggering cells could be a potent weapon against the disease.

In the new study is published in the Proceedings of the National Academy of Sciences, the researchers determined that the absence of a certain type of immune cell, or of a key signaling molecule within the cell, greatly reduces the development of autoimmunity in mouse models of lupus. Mice with these protective changes showed little impairment of their normal immune functions.

“We are excited about the potential of such an inhibitor as a new kind of treatment for lupus, as well as other autoimmune conditions,” said Argyrios N. Theofilopoulos, chair of TSRI’s Department of Immunology and Microbial Science and a senior author of the new study.

A Case of Mistaken Identity

While there are therapies for lupus, also known as systemic lupus erythematosus (SLE), none of these tightly targets its underlying causes. The condition appears to arise from both genetic and environmental factors, and involves complex autoimmune processes. A key feature is the activity of antibodies, “autoantibodies”, that attack the patient’s own nucleic acids (DNA, RNA) and other cellular proteins. Lupus’s signs and symptoms include rashes, joint pain, anemia and kidney damage. Untreated complications, such as kidney failure and blood clots, can be fatal. Physicians typically treat lupus with broadly immunosuppressive drugs, which raise patients’ risks for some infections and cancers.

Theofilopoulos and his laboratory have long been at the forefront of lupus research. In recent years, they and other researchers have found evidence that a powerful class of immune-stimulating chemicals, known as type I interferons, are essential to the vicious cycle of lupus autoimmunity.

The cycle apparently begins when certain immune cells mistakenly detect self-proteins and nucleic acids as “foreign” and begin pumping out type I interferons. This mobilizes other elements of the immune system, including the antibody response, and soon autoantibodies are attacking self-molecules in healthy cells. The autoantibodies in turn present these “foreign” molecules to type I interferon-producing cells, adding fuel to the autoimmune fire.

Lab-dish evidence has suggested that the key producers of type I interferons in lupus are a relatively sparse class of immune cells known as plasmacytoid dendritic cells (pDCs). In the new study, Theofilopoulos and his colleagues sought more conclusive evidence of pDCs’ role, using mouse models of lupus.

In Search of Evidence

The experiments were led by first author Roberto Baccala, an associate professor in the TSRI Department of Immunology and Microbial Science who has worked with Theofilopoulos on lupus-related research for the past two decades. To help determine whether lupus can develop in the absence of pDCs, the TSRI scientists collaborated with Keiko Ozato, an expert on immune cell genetics at the National Institutes of Health. Ozato has developed a strain of mice that have no pDCs due to lack of a key gene, IRF8, needed for these cells’ development.

The team knocked out this gene in another strain of mice that normally succumbs to a lupus-like autoimmune disease with age. These mice grew up without pDCs and, as a result, were largely protected from the disease.

“When we injected a standard inducer of interferons into these mice, they didn’t produce detectable interferons,” said Baccala. “And when we watched the animals for the usual development of lupus, we found that autoantibodies were practically non-existent, and all the other lupus-like manifestations were drastically reduced.”

Next, the researchers sought to highlight specifically how pDCs promote lupus autoimmunity. For this they used a different mouse gene knockout, based on a mouse strain developed in the TSRI laboratory of Bruce Beutler, a long-time collaborator who has since moved to become the director of the Center for Genetics of Host Defense at the University of Texas Southwestern Medical Center.

Beutler’s special mice lack a working gene for a protein called SLC15A4, and as a result of this mutation, the pDCs in these mice develop normally, but are largely unable to produce type I interferons in response to the usual stimuli. Such cells normally produce large amounts of interferons after detecting viral or bacterial genetic material. For this detection, they use a class of internal receptors called TLRs (toll-like receptors). Beutler received the 2011 Nobel Prize in Physiology or Medicine for his work on TLRs. His SLC15A4-mutant mice specifically lack the ability to respond to stimuli that would normally be detected by two of these receptors, TLR7 and TLR9. These same TLRs have been implicated in lupus—they apparently mistake self-nucleic acids for viral nucleic acids.

Working with Beutler, the TSRI team applied the SLC15A4 mutation to a strain of lupus mice to see if it would protect them from autoimmunity. And it did. “The usual lupus-like signs significantly decreased, and survival was extended,” said Baccala.

Baccala and Theofilopoulos now see SLC15A4 as a potential target for a lupus drug—a drug that, in principle, would prevent flare-ups of autoimmunity without suppressing other parts of the immune system as much as current therapies do. “The SLC15A4-mutant mice seem to be otherwise almost normal immunologically,” said Baccala. “They can clear common viral infections, for example.”

“We are now trying to find pharmacologic inhibitors of type I interferon production, and in particular, inhibitors of SLC15A4,” said Theofilopoulos.

Emerging evidence indicates that TLR-based detection of self-molecules and production of interferons contribute to other autoimmune conditions, too. Thus, inhibitors of these specific immune signaling pathways might have use beyond the treatment of lupus. “We think that our findings have implications for rheumatoid arthritis, diabetes, neuroinflammatory diseases and many other diseases in which TLRs appear to play a role,” Theofilopoulos said.

Notes about this Lupus research article