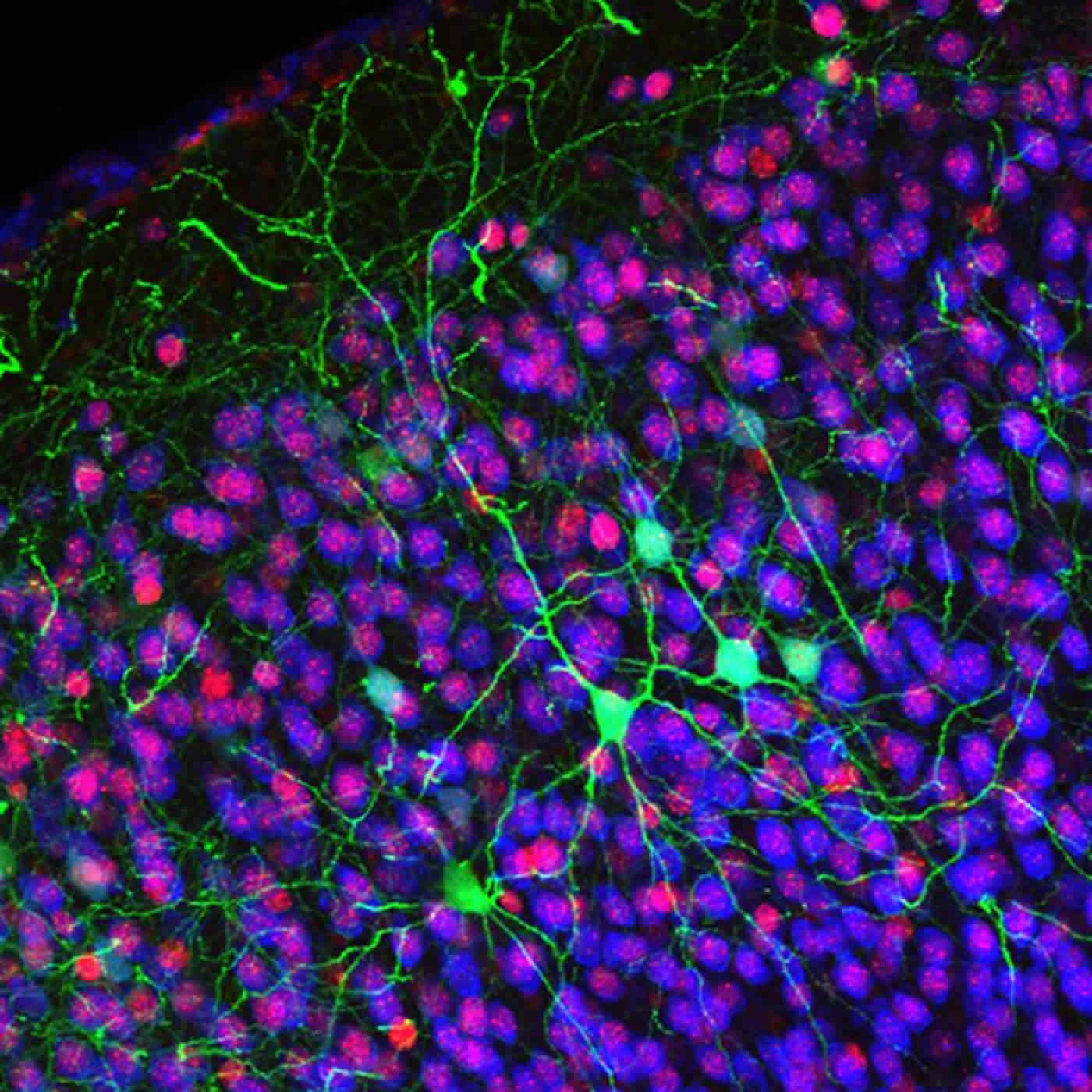 Harvard Stem Cell Institute (HSCI) researchers have identified a faulty signaling pathway that, when corrected, in mice ameliorates the symptoms of Rett syndrome, a devastating neurological condition. The findings could lead to the discovery of compounds or drugs that may benefit children affected by the disease, says neurobiologist Jeffrey Macklis, Max and Anne Wien Professor of Life Sciences in the Department of Stem Cell and Regenerative Biology, and Center for Brain Science, at Harvard University, who directed the work.

The research was recently published online in Nature Communications. Noriyuki Kishi and Jessica MacDonald, both recent postdoctoral fellows in the Macklis laboratory, are co-first authors.

Rett syndrome is a relatively common neurodevelopmental disorder, the second most common cause of intellectual disability in girls after Down’s syndrome; it is associated with a dysfunctional gene on the X chromosome. Boys with Rett syndrome are rare, because male fetuses who carry the mutations on their one X chromosome usually have prenatally lethal forms of the disease. Girls with Rett syndrome appear to develop relatively normally for the first six to eighteen months of life, but then regress; they tend to lose their ability for speech and the purposeful use of their hands, withdraw from social situations, and wring their hands.

Austrian physician Andreas Rett first described the disorder in 1966, but it wasn’t until 1999 that Huda Zoghbi and her lab at Baylor College of Medicine identified mutations in the gene MECP2 as the root cause of Rett syndrome. MECP2, however, turns a very large number of genes on and off throughout the entire body, so it has been a longstanding puzzle why girls and rare boys with Rett syndrome have this very specific and reproducible developmental cognitive brain disorder.

“My view was that MECP2 mutation in Rett syndrome disrupts so many genes and their protein products that we weren’t going to find a single gene that we could fix to help girls with Rett,” said Macklis, a member of HSCI’s Executive Committee, former Program Head of HSCI’s Nervous System Diseases Program, and an Allen Distinguished Investigator of the Paul G. Allen Family Foundation. “But if we found a disrupted, improperly regulated signaling pathway that was ‘drug-able,’ that affected enough of the girls’ pathology, we might be able to make them dramatically functionally better with already available therapeutics- and that might make a real difference in their lives and their families’ lives.”

Instead of concentrating on the MECP2 gene, Macklis’ group focused on neurons he knew were “abnormal and implicated in Rett syndrome and autism spectrum disorders,” and in 2004, Macklis’ lab was the first to describe abnormal development in this type of neurons responsible for communicating signals between the two hemispheres of the brain. These neurons, called inter-hemispheric callosal projection neurons (CPN), have shorter, less developed dendrites, or “receiving antennas” in mice with the Rett gene mutations, and in individuals with Rett syndrome.

Building on their 2004 findings, the researchers were able to fluorescently label CPN in mice with or without the Rett mutation, purify them from other types of neurons, and look at the levels at which many thousands of genes were active, and thus how much of the proteins coded for by those those genes was made.

They found one gene for IRAK1, which Macklis’ group identified to be regulated by MECP2 and is a well-known part of the NF-kB signaling pathway, was making about three times more protein than normal. They modified IRAK1 levels both in mice with Rett mutations and in mouse neurons in culture dishes. When they reduced the activity of its gene Irak1 by roughly half, and consequently the amount of IRAK1 protein made, the neurons and their dendrites developed substantially better, indistinguishable by several assays from normal. Further, mice with reduced levels of IRAK1 had significantly fewer symptoms, better function, and much longer lifespan. They had much improved health, well beyond only these neurons.

Now, Macklis said, the researchers have started looking into potential compounds and drugs that are already available and that might partially correct this pathway, and what dosages and timing might ultimately ameliorate the affects of Rett syndrome.

Mutations in the transcriptional regulator Mecp2 cause the severe X-linked neurodevelopmental disorder Rett syndrome (RTT). In this study, we investigate genes that function downstream of MeCP2 in cerebral cortex circuitry, and identify upregulation of Irak1, a central component of the NF-κB pathway. We show that overexpression of Irak1 mimics the reduced dendritic complexity of Mecp2-null cortical callosal projection neurons (CPN), and that NF-κB signalling is upregulated in the cortex with Mecp2 loss-of-function. Strikingly, we find that genetically reducing NF-κB signalling in Mecp2-null mice not only ameliorates CPN dendritic complexity but also substantially extends their normally shortened lifespan, indicating broader roles for NF-κB signalling in RTT pathogenesis. These results provide new insight into both the fundamental neurobiology of RTT, and potential therapeutic strategies via NF-κB pathway modulation.