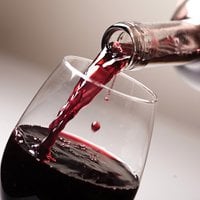 A new study indicates that there is a fine line between moderate and binge drinking – a risky behavior that can decrease the making of adult brain cells by as much as 40 percent.
Home
Featured

Drinking a couple of glasses of wine each day has generally been considered a good way to promote cardiovascular and brain health.  But a new Rutgers University study indicates that there is a fine line between moderate and binge drinking – a risky behavior that can decrease the making of adult brain cells by as much as 40 percent.

In a study posted online and scheduled to be published in the journal Neuroscience on November 8, lead author Megan Anderson, a graduate student working with Tracey J. Shors, Professor II in Behavioral and Systems Neuroscience in the Department of Psychology,reported that moderate to binge drinking – drinking less during the week and more on the weekends – significantly reduces the structural integrity of the adult brain.

“Moderate drinking can become binge drinking without the person realizing it,” said Anderson.“In the short term there may not be any noticeable motor skills or overall functioning problems, but in the long term this type of behavior could have an adverse effect on learning and memory.”

Shors and Anderson worked with postdoctoral fellow Miriam Nokia from the University of Jyvaskyla in Finland to model moderate to heavy drinking in humans using rodents that reached a blood alcohol level of 0.08 percent  – the legal driving limit in the United States and many other countries – and found that brain cell production was affected negatively.

The researchers discovered that at this level of intoxication in rats – comparable to about 3-4 drinks for women and five drinks for men – the number of nerve cells in the hippocampus of the brain were reduced by nearly 40 percent compared to those in the abstinent group of rodents. The hippocampus is a part of the brain where the new neurons are made and is also known to be necessary for some types of new learning.

This level of alcohol intake was not enough to impair the motor skills of either male or female rats or prevent them from associative learning in the short-term.  Still, Anderson said, this substantial decrease in brain cell numbers over time could have profound effects on the structural plasticity of the adult brain because these new cells communicate with other neurons to regulate brain health.

“If this area of your brain was affected every day over many months and years, eventually you might not be able to learn how to get somewhere new or to learn something new about your life,” said Anderson, a graduate fellow in the Department of Neuroscience and Cell Biology. “It’s something that you might not even be aware is occurring.”

“This research indicates that social or daily drinking may be more harmful to brain health than what is now believed by the general public,” she said.