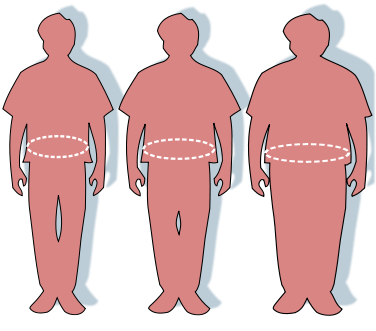 Obesity may increase the risk of developing multiple sclerosis in children and teenage girls.
Home
Featured

Obesity May Increase Risk of MS in Children and Teens

Being obese may increase the risk of developing multiple sclerosis (MS) in children and teenage girls, according to new research published Neurology, the medical journal of the American Academy of Neurology.

“Over the last 30 years, childhood obesity has tripled,” said study author Annette Langer-Gould, MD, PhD, with the Kaiser Permanente Southern California Department of Research & Evaluation in Pasadena and a member of the American Academy of Neurology. “In our study, the risk of pediatric MS was highest among moderately and extremely obese teenage girls, suggesting that the rate of pediatric MS cases is likely to increase as the childhood obesity epidemic continues.”

For the study, researchers identified 75 children and adolescents diagnosed with pediatric MS between the ages of 2 and 18. Body mass index (BMI) from before symptoms appeared was obtained. The children with MS were compared to 913,097 children who did not have MS. All participants were grouped into weight classes of normal weight, overweight, moderate obesity and extreme obesity. A total of 50.6 percent of the children with MS were overweight or obese, compared to 36.6 percent of the children who did not have MS.

“Even though pediatric MS remains rare, our study suggests that parents or caregivers of obese teenagers should pay attention to symptoms such as tingling and numbness or limb weakness, and bring them to a doctor’s attention,” said Langer-Gould.

Gut-Derived Metabolites That Play a Role in Neurodegeneration Identified

The study was supported by the National Institute of Diabetes and Digestive and Kidney Disorders, and Kaiser Permanente Direct Community Benefit Funds.