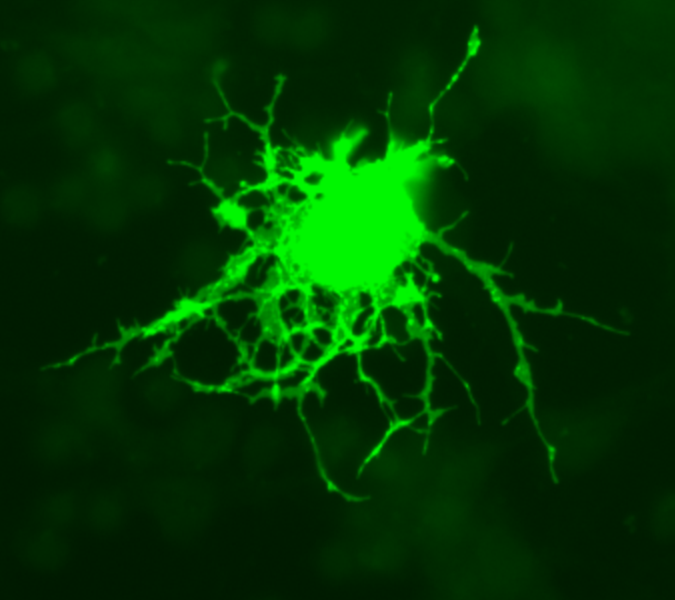 Researchers report that the protein Klotho plays an important role in the health of myelin. The results show Klotho could become a drug target for multiple sclerosis and Alzheimer's disease.
Home
Featured

Researchers at Boston University School of Medicine (BUSM) led by Carmela Abraham, PhD, professor of biochemistry, along with Cidi Chen, PhD, and other collaborators, report that the protein Klotho plays an important role in the health of myelin, the insulating material allowing for the rapid communication between nerve cells. These findings, which appear online in Journal of Neuroscience, may lead to new therapies for multiple sclerosis (MS) and Alzheimer’s disease (AD), in which white matter abnormalities are also common but have been largely ignored.

MS is an inflammatory disease which damages the fatty myelin sheaths around the axons of the brain and spinal cord. This destruction, loss or scarring of the sheaths results in a broad spectrum of symptoms. Disease onset usually occurs in young adults, most commonly women.

In MS the myelin is attacked by the immune system and may not be completely restored by myelin-producing cells (mature oligodendrocytes). The researchers discovered that the addition of Klotho protein to immature oligodendrocytes causes them to mature and manufacture proteins needed for the production of healthy myelin.

“These results taken together indicate that Klotho could become a drug target for multiple sclerosis and other white matter diseases, including AD,” explained Abraham.

Abraham and her colleagues have identified, and are working on optimizing, a number of small molecules that could form the basis for the development of therapeutic drugs, which would increase the amount of Klotho protein in the brain.

Since Klotho is not only an age suppressor but also a tumor suppressor, as shown by other research groups, interventions with Klotho-enhancing drugs may solve some of the most treatment-resistant human ailments according to Abraham.

Klotho was named after the Greek Goddess and daughter of Zeus, who spins the thread of life. Abraham’s lab was the first to publish (in 2008) that Klotho levels in the brain decrease with age.

Notes about this multiple sclerosis and Alzheimer’s disease research

Funding for this study was provided by grants from the National Institute of Aging and the Alzheimer’s Drug Discovery Foundation.