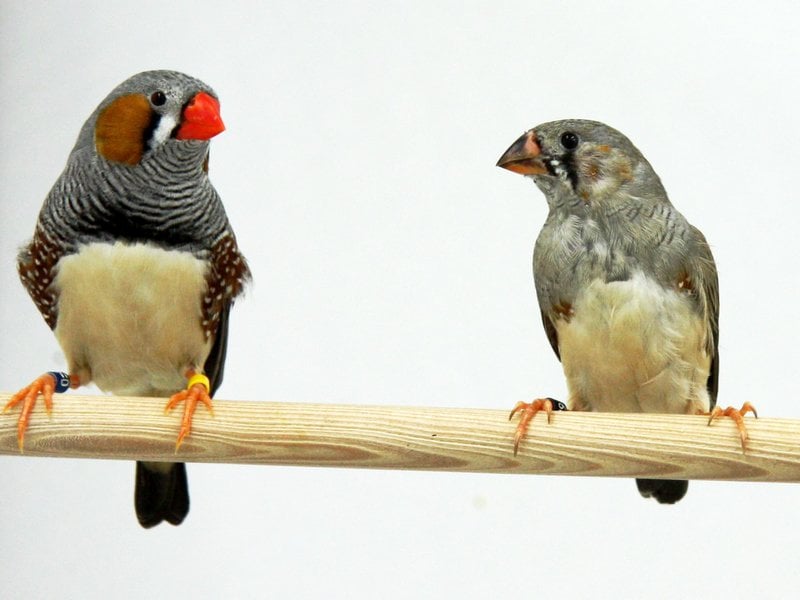 Most songbirds learn their songs from an adult model, mostly from the father. However, there are relatively large differences in the accuracy how these songs are copied. Researchers from the Max Planck Institute for Ornithology in Seewiesen now found in juvenile zebra finches a possible mechanism that is responsible for the differences in the intensity of song learning. They provided the nerve growth factor “BDNF” to the song control system in the brain. With this treatment the learning ability in juvenile males could be enhanced in such a way that they were able to copy the songs of the father as good as it had been observed in the best learners in a zebra finch nest.

The improvement of cognitive abilities plays an important role in the therapy of neurological and psychiatric diseases. In this context research focusses more and more on the protein BDNF (Brain Derived Neurotrophic Factor). BDNF is mainly responsible for the preservation, growth and differentiation of nerve cells. Moreover, from experiments in mice it is known that BDNF enhances the ability to solve complex cognitive tasks.

In a learning experiment with zebra finches, researchers from the Max Planck Institute for Ornithology in Seewiesen in collaboration with scientists from the Free University of Amsterdam could now show for the first time in songbirds that BDNF acts as cognitive enhancer. They investigated zebra finch brother pairs that grew up with their genetic parents. In this setup juvenile birds will readily learn the songs from their fathers. However there are differences in the intensity of song learning among siblings of the same age. The worst learners have only a similarity of 20% with their fathers’ songs, whereas the best learners copy almost the entire songs of their fathers.

By now knowing the normal distribution of the learned songs within a zebra finch nest, as a next step the researchers were able to investigate the impact of BDNF on song learning. In one of the two brothers they enhanced the expression of BDNF in the song control system in the brain while the other brother did not get such a treatment. By analysing the songs the researchers found that those sons that received more BDNF had a higher similarity with the song of their fathers compared to normally reared juveniles. Remarkably, the learning efficiency in the BDNF-treated birds was as high as it has been previously observed in the best learners within the nest. This was due to an earlier onset of syllable copying in BDNF-treated birds and these birds also copied more and sang fewer improvised syllables. Therefore it is likely that the presence of BDNF in the song control system could correct possible inaccuracies in the song learning process, state the scientists around Manfred Gahr, who is the senior author of the study.

Notes about this learning and neuroscience research