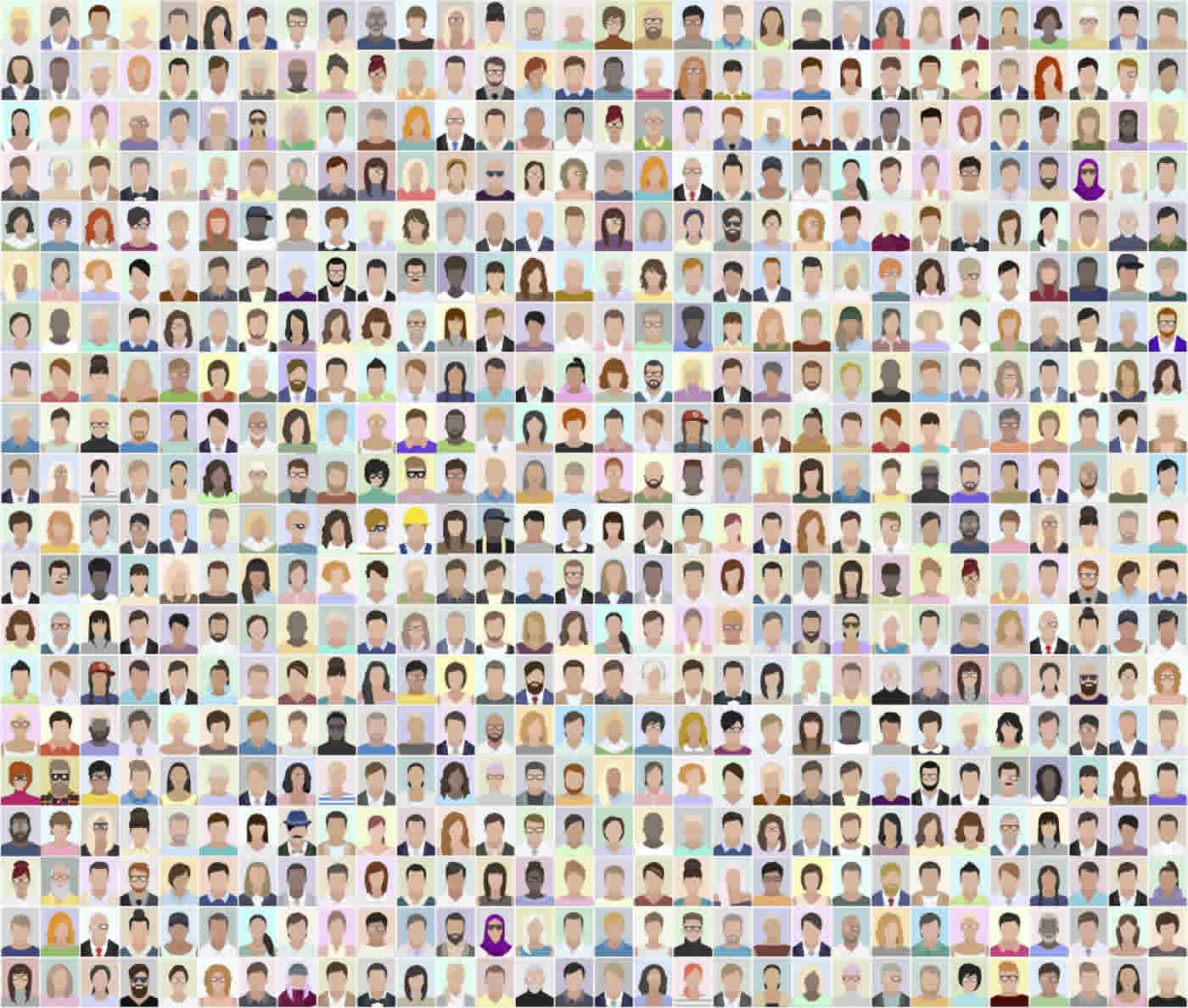 What are your in-groups and out-groups? NeuroscienceNews.com image is adapted from the The Conversation news release.

Why Our Brains See the World As “Us” Versus “Them”

Summary: Researchers say our neural circuits could be responsible for why we find comfort in those who are similar to us and why we are often uneasy with those who might differ from us.

These issues are continually in the headlines. But even thoughtful articles on these subjects seem always to devolve to pitting warring factions against each other: black versus white, women versus men, gay versus straight.

At the most fundamental level of biology, people recognize the innate advantage of defining differences in species. But even within species, is there something in our neural circuits that leads us to find comfort in those like us and unease with those who may differ?

Brain battle between distrust and reward

As in all animals, human brains balance two primordial systems. One includes a brain region called the amygdala that can generate fear and distrust of things that pose a danger – think predators or or being lost somewhere unknown. The other, a group of connected structures called the mesolimbic system, can give rise to pleasure and feelings of reward in response to things that make it more likely we’ll flourish and survive – think not only food, but also social pleasure, like trust.

But how do these systems interact to influence how we form our concepts of community?

Implicit association tests can uncover the strength of unconscious associations. Scientists have shown that many people harbor an implicit preference for their in-group – those like themselves – even when they show no outward or obvious signs of bias. For example, in studies whites perceive blacks as more violent and more apt to do harm, solely because they are black, and this unconscious bias is evident even toward black boys as young as five years old.

Brain imaging studies have found increased signaling in the amygdala when people make millisecond judgments of “trustworthiness” of faces. That’s too short a time to reflect conscious processes and likely reveal implicit fears.

In one study, researchers tapped into negative black stereotypes by playing violent rap music for white participants who had no external biases. This kind of priming made it hard for the brain’s cortex to suppress amygdala activation and implicit bias. Usually these “executive control” regions can override the amygdala’s push toward prejudice when confronted with out-group members.

Whether or not such biases are learned or in some way hardwired, do they reflect conflicting activity of the amygdala versus the mesolimbic system? That is, how do our brains balance distrust and fear versus social reward when it comes to our perceptions of people not like us?

Research into how the amygdala responds as people assess the relative importance of differences, such as race, is nuanced and complex. Studies must take into account the differences between explicit and implicit measures of our attitudes, as well as the impact of cultural bias and individual variation. Still, research suggests that signaling within the amygdala underlies the degree to which people are reluctant to trust others, especially regarding in-group versus out-group preference. It’s reasonable to conclude that much of the human instinct to distrust “others” can be traced to this part of the brain that’s important for feelings of fear and anxiety.

As opposed to fear, distrust and anxiety, circuits of neurons in brain regions called the mesolimbic system are critical mediators of our sense of “reward.” These neurons control the release of the transmitter dopamine, which is associated with an enhanced sense of pleasure. The addictive nature of some drugs, as well as pathological gaming and gambling, are correlated with increased dopamine in mesolimbic circuits.

In addition to dopamine itself, neurochemicals such as oxytocin can significantly alter the sense of reward and pleasure, especially in relationship to social interactions, by modulating these mesolimbic circuits.

Methodological variations indicate further study is needed to fully understand the roles of these signaling pathways in people. That caveat acknowledged, there is much we can learn from the complex social interactions of other mammals.

The neural circuits that govern social behavior and reward arose early in vertebrate evolution and are present in birds, reptiles, bony fishes and amphibians, as well as mammals. So while there is not a lot of information on reward pathway activity in people during in-group versus out-group social situations, there are some tantalizing results from studies on other mammals.

For example, in a seminal paper, neuroscientist Karl Deisseroth and his colleagues at Stanford combined genetics and behavioral tests with a cutting-edge approach called fiber photometry where light can turn on and off specific cells. Using this process, the researchers were able to both stimulate and measure activity in identified neurons in the reward pathways, with an exquisite degree of precision. And they were able to do this in mice as they behaved in social settings.

They showed that neural signaling in a specific group of these dopamine neurons within these mesolimbic reward loops are jazzed up when a mouse encounters a new mouse – one it’s never met before, but that is of its own genetic line. Is this dopamine reward reaction the mouse corollary of human in-group recognition?

What if the mouse were of a different genetic line with different external characteristics? What about with other small mammals such as voles who have dramatically different social relationships depending upon whether they are the type that lives in the prairie or in the mountains? Is there the same positive mesolimbic signaling when a prairie vole encounters a mountain vole, or does this “out-group” difference tip the balance toward the amygdala and expressing fear and distrust?

How the Female Brain Responds to Genital Touch

Scientists don’t know how these or even more subtle differences in animals might affect how their neural circuits promote social responses. But by studying them, researchers may better understand how human brain systems contribute to the implicit and unconscious bias people feel toward those in our own species who are nonetheless somewhat different.

Neural signaling is not destiny

Even if evolution has tilted the balance toward our brains rewarding “like” and distrusting “difference,” this need not be destiny. Activity in our brains is malleable, allowing higher-order circuits in the cortex to modify the more primitive fear and reward systems to produce different behavioral outcomes.

Author Chimamanda Ngozi Adichie eloquently states that “the problem with stereotypes is not that they are untrue, but that they are incomplete. They make one story become the only story.” In other words, stereotypes reduce those not exactly like us to only their differences.

So why would people put up with the discomfort that differences evoke, rather than always selecting the easy reward with sameness? In his book “The Difference,” social scientist Scott Page provides mathematical evidence that although diverse individuals are less trusting of one other, when working together, they are more productive.

From cracking the Enigma code in World War II to predicting stock prices, Page provides data to demonstrate that a diversity of perspectives produces better innovation and better solutions than the smartest set of like-minded experts. In short, diversity trumps ability. And diversity significantly enhances the level of innovation in organizations across the globe.

So acknowledge the amygdala distrust that differences evoke. Then, while you may not get that same boost of dopamine, recognize that when it comes to what will promote the greatest good, working with those “not like us” has its own rewards.

Funding: Leslie Henderson has received funding from the National Institutes of Health.