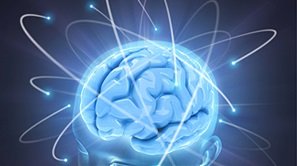 Mice with higher-than-normal levels of the normal neuroligin 1 gene after a month had skewed synapses at maturity. Many were larger, appearing more mature, than normal.
Home
Autism

A gene linked to autism spectrum disorders that was manipulated in two lines of transgenic mice produced mature adults with irreversible deficits affecting either learning or social interaction.

The findings, published in the May 29 issue of the Journal of Neuroscience, have implications for potential gene therapies but they also suggest that there may be narrow windows of opportunity to be effective, says principal investigator Philip Washbourne, a professor of biology and member of the University of Oregon’s Institute of Neuroscience.

The research, reported by an 11-member team from three universities, targeted the impacts of alterations in the gene neuroligin 1 — one of many genes implicated in human autism spectrum disorders — to neuronal synapses in the altered mice during postnatal development and as they entered adulthood. One group over-expressed the normal gene, the other a mutated version.

Mice with higher-than-normal levels of the normal gene after a month had skewed synapses at maturity. Many were larger, appearing more mature, than normal. In these mice, Washbourne said, there were clear cognitive problems. “Behavior was just not normal. They didn’t learn very well, and they were slower to learn, but their social behavior was not impacted.”

Mice over-producing a mutated version of the gene reached adulthood with structurally immature synapses. “They were held back in development and behavior — the way they behave in terms of learning and memory, in terms of social interaction,” he said. “These were adult mice, three months old, but they behaved like normal mice at four weeks old. We saw arrested development. Learning is a little bit better, they are more flexible just like young mice, they learn faster, but their social interaction is off. To us, this looked more like Asperger’s syndrome.

“So with the same gene, doing two different manipulations — overexpressing the normal form or overexpressing a mutated form — we’ve gone to two different ends of the autism spectrum,” said Washbourne, whose lab focuses on basic synapse formation and what goes wrong in relationship to autism. Work has been done in both mice and zebra fish.

“We made these mice so that we can turn the genes on and off as we want,” Washbourne said. “Using an antibiotic, doxycycline, it turns off these altered genes that we inserted into their chromosomes. While on doxycycline, the mice are absolutely normal.”

However, if the inserted gene was turned off after the completion of development, mice still showed altered synapses and behavior. This result suggests that any kind of gene therapy may have to be applied to individuals with autism early on.

Effects seen in the social behavior of mice with the mutated gene, he said, are not unlike observations reported by parents of many autistic children. While normal mice prefer to engage with new mice entering their world rather than familiar others, or even a new inanimate object, these mice split their time equally. “It’s not a deficit in memory regarding which mouse is which, it’s more a weighting of their interaction. Does that mean they are autistic? I don’t know, but if you talk to parents of autistic children, one of the frustrating things they report is that their children treat complete strangers in exactly the same way that they treat them.”

While the findings provide new insights, Washbourne said, any translation into treatment could be decades away. “A problem with autism is there are many different genes potentially involved. It could be that some day, if you are diagnosed with autism, a mouth swab might allow for the identification of the exact gene that is mutated and allow for targeted therapy,” he said. “Genome sequencing already has turned up subtle mutations in lots of genes. Autism might be like cancer, with hundreds of potential combinations of faulty genes.”

“This research by Dr. Washbourne and his team has promise in the identification of potential targets for new treatments for those affected by autism spectrum disorders,” said Kimberly Andrews Espy, vice president for research and innovation and dean of the UO graduate school. “Decades after initiating the basic science model for cracking the genetic code, researchers at the University of Oregon continue to do groundbreaking research that promises to improve the health and well-being of people throughout the world.”

Washbourne was supported by the National Institute of Neurological Disorders and Stroke of the National Institutes of Health (grant R01 NS065795) and Autism Speaks, a science and advocacy organization founded in 2005 and dedicated to funding research into the causes, prevention, treatments and a cure for autism. Additional support included a grant (R01 MH081935) to Castillo from the NIH National Institute of Mental Health, a grant (DPN T32 MH18882-22) from the American Psychological Association to Hoy, a graduate-teaching fellowship to Davis from the National Science Foundation, and support to Hoy and Davis from the UO’s Oregon Center for Optics. Haeger was supported by a PEW Latin American Fellow award and a Chile Bicentennial Scholarship (Becas Chile).