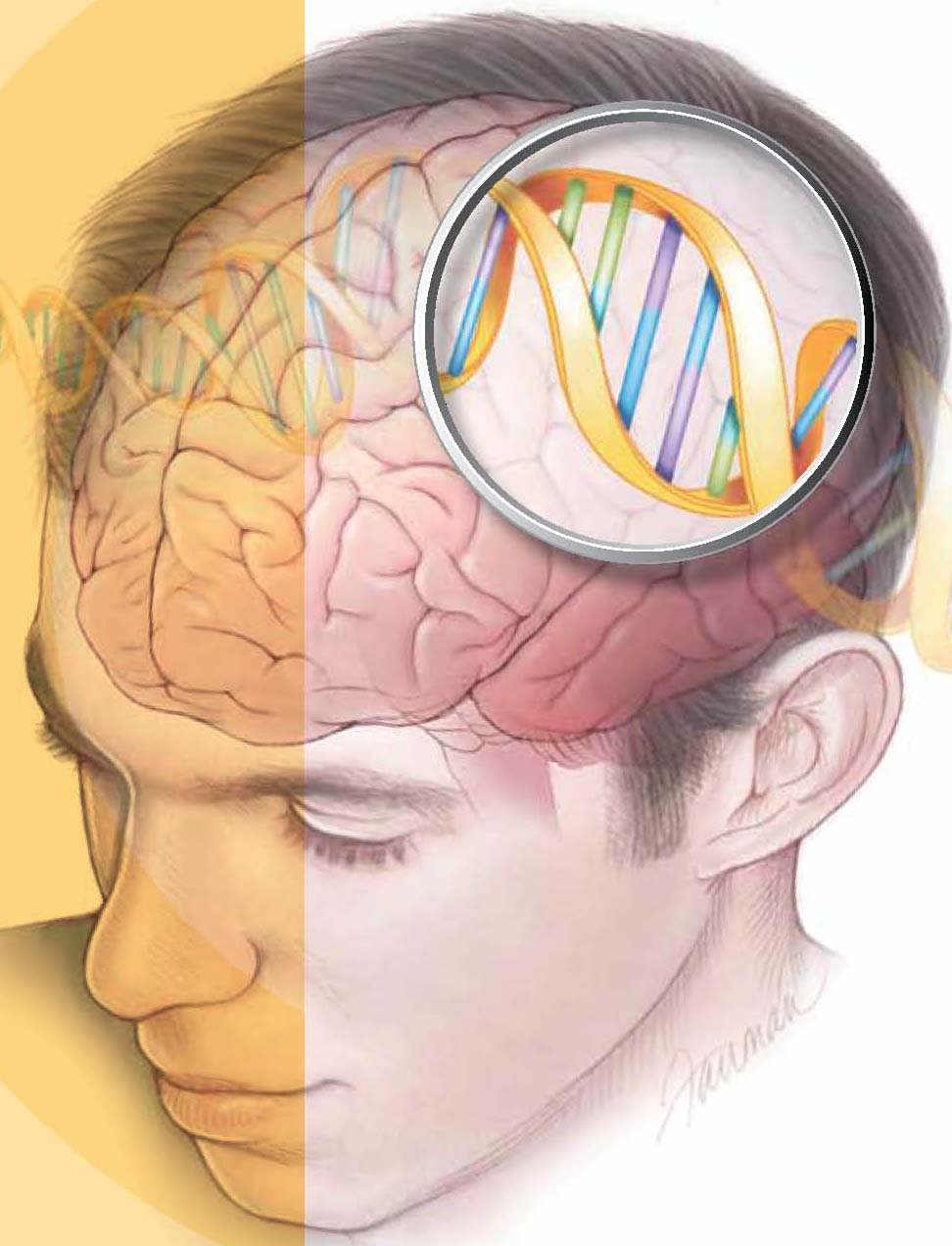 Recently research has found that CNVs, in which DNA segments of varying lengths are deleted or duplicated – have a greater impact on genomic diversity than do single-nucleotide changes.
Home
Featured

Although a family history of Alzheimer’s disease is a primary risk factor for the devastating neurological disorder, mutations in only three genes – the amyloid precursor protein and presenilins 1 and 2 – have been established as causative for inherited, early-onset Alzheimer’s, accounting for about half of such cases.

Now Massachusetts General Hospital (MGH) researchers have discovered a type of mutation known as copy-number variants (CNVs) – deletions, duplications, or rearrangements of human genomic DNA – in affected members of 10 families with early-onset Alzheimer’s. Notably, different genomic changes were identified in the Alzheimer’s patients in each family.

The study was conducted as part of the Alzheimer’s Genome Project – directed by Rudolph Tanzi, PhD, director of the Genetics and Aging Research Unit at Massachusetts General Hospital (MGH) and a co-discoverer of the first three early-onset genes – and was supported by the Cure Alzheimer’s Fund and the National Institute of Mental Health (NIMH).

“We found that the Alzheimer’s-afflicted members of these families had duplications or deletions in genes with important roles in brain function, while their unaffected siblings had unaltered copies of those genes,” says Basavaraj Hooli, PhD, of the Genetics and Aging Research Unit, MassGeneral Institute for Neurodegenerative Disease, lead author of a report that has been published online in Molecular Psychiatry.

“Since our preliminary review of the affected genes has provided strong clues to a range of pathways associated with Alzheimer’s disease and other forms of dementia, we believe that further research into the functional effects of these CNVs will provide new insights into Alzheimer’s pathogenesis.” Hooli is a research fellow in Neurology at Harvard Medical School.

Most studies searching for genes contributing to Alzheimer’s risk have looked for variants in a single nucleotide, and while thousands of such changes have been identified, each appears to have a very small impact on disease risk. Recently research has found that CNVs – in which DNA segments of varying lengths are deleted or duplicated – have a greater impact on genomic diversity than do single-nucleotide changes. This led Tanzi and his team to search for large CNVs in affected members of families with inherited Alzheimer’s disease.

“These are the first new early-onset familial Alzheimer’s disease gene mutations to be reported since 1995, when we co-discovered the presenilins. As with those original genes, we hope to use the information gained from studies of the new Alzheimer’s mutations to guide the development of novel therapies aimed at preventing and treating this devastating disease.” Tanzi explains.

The investigators reviewed genomic data from two sources – the NIMH Alzheimer’s Disease Genetics Initiative and the National Cell Repository for Alzheimer’s Disease – and focused on 261 families with at least one member who developed Alzheimer’s before the age of 65. Using a novel algorithm they had developed for analyzing CNVs, the researchers identified deletions or duplications that appeared only in affected members of these families. Two of these families had CNVs that included the well-established amyloid precursor protein gene, but 10 others were found to have novel Alzheimer’s-associated CNVs, with different gene segments being affected in each family.

While none of the novel variants have previously been associated with Alzheimer’s disease, most of them affect genes believed to be essential to normal neuronal function, and several have been previously associated with other forms of dementia. For example, one of the identified CNVs involves deletion of a gene called CHMP2B, mutations of which can cause ALS. In another family, affected members had three copies of the gene MAPT, which encodes the tau protein found in the neurofibrillary tangles characteristic of Alzheimer’s. Mutations in MAPT also cause frontotemporal dementia.

Hooli explains, “Potential clinical application of the findings of this study are not yet clear and require two additional pieces of information: similar studies in larger groups of families with inherited Alzheimer’s to establish the prevalence of these CNVs and whether the presence of one ensures development of the disease, and a better understanding of how these variants affect neuronal pathways leading to the early-onset form of Alzheimer’s disease.”

“In a broader sense,” Tanzi adds, “the advent of affordable, advanced whole-genome sequencing will lead to the identification of novel, rare mutations that lead to many human disorders. In the future, diagnosis and prognosis may rely more on disease genetics than on traditional laboratory results and behavioral effects. If knowing the exact genetic causes of these disorders leads to more effective and efficient treatment strategies targeted to specific defects, the consequences of this approach would be enormous.”

Notes about this genetics and Alzheimer’s research