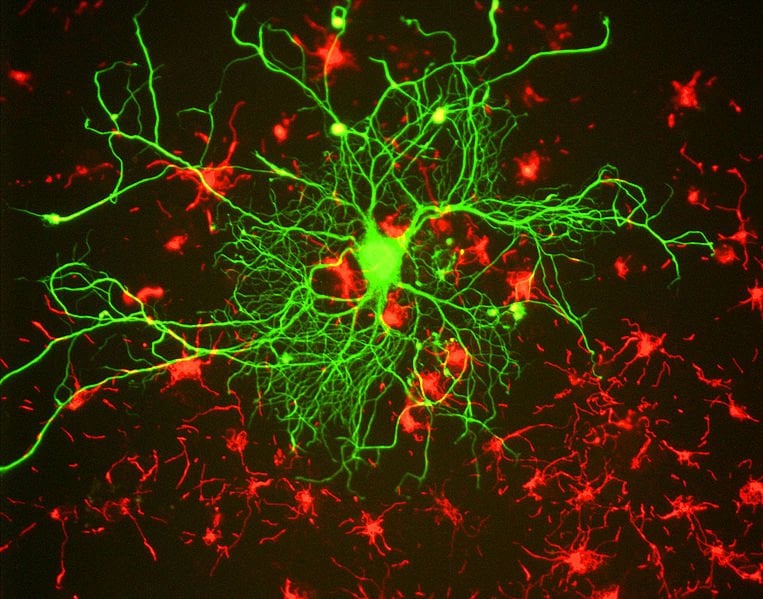 Researchers found high MHCI levels impaired the ability of neurons from the newborn mice's brains to form synapses. This illustrative image shows cortical neurons. The image is not connected with the research and is used for illustrative purposes only.
Home
Autism

Activating a mother’s immune system during her pregnancy disrupts the development of neural cells in the brain of her offspring and damages the cells’ ability to transmit signals and communicate with one another, researchers with the UC Davis Center for Neuroscience and Department of Neurology have found. They said the finding suggests how maternal viral infection might increase the risk of having a child with autism spectrum disorder or schizophrenia.

The research, “MHCI Requires MEF2 Transcription Factors to Negatively Regulate Synapse Density during Development and in Disease,” is published in the Journal of Neuroscience.

The study’s senior author is Kimberley McAllister, professor in the Center for Neuroscience with appointments in the departments of Neurology and Neurobiology, Physiology and Behavior, and a researcher with the UC Davis MIND Institute.

The study was conducted in mice and rats and compared the brains of the offspring of rodents whose immune systems had been activated and those of animals whose immune systems had not been activated. The pups of animals that were exposed to viral infection had much higher brain levels of immune molecules known as the major histocompatibility complex I (MHCI) molecules.

“This is the first evidence that MHCI levels on the surface of young cortical neurons in offspring are altered by maternal immune activation,” McAllister said.

The researchers found that the high MHCI levels impaired the ability of the neurons from the newborn mice’s brains to form synapses, the tiny gaps separating brain cells through which signals are transmitted. Earlier research has suggested that ASD and schizophrenia may be caused by changes in the development of connections in the brain, especially the cerebral cortex.

“These results indicate that maternal immune activation does indeed alter connectivity during prenatal development, causing a profound deficit in the ability of cortical neurons to form synapses that is caused by changes in levels of MHCI on the neurons,” she said.

MHCI did not work alone to limit the development of synapses. In a series of experiments, the UC Davis researchers determined that MHCI interacted with calcineurin and myocyte enhancer factor-2 (Mef2), a protein that is a critical determinant of neuronal specialization.

It also is a mechanism that may help McAllister and other scientists to develop diagnostic tests and eventually therapies to improve the lives of individuals with these neurodevelopmental disorders.

Notes about this neurology and neurodevelopment research

The research was supported the National Institute of Neurological Disorders and Stroke (R01 NS060125), the UC Davis Research Investments in Science and Engineering Program, Dennis Weatherstone Predoctoral Fellowships (No. 6339 and No. 7825) and the National Center for Advancing Translational Sciences (UL1 TR 000002 and linked award TL1 TR 000133).