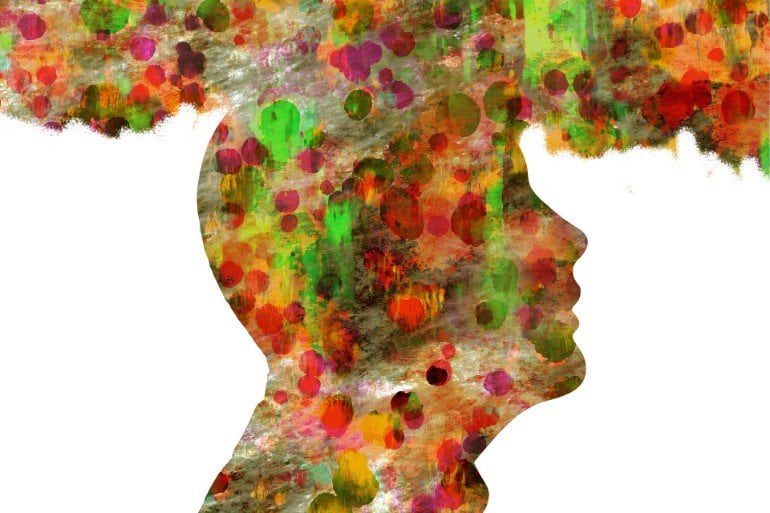 Proteins produced by certain intestinal bacteria, identified in the blood of patients, could indeed modify the interaction between the immune and the nervous systems and trigger the disease. Image is in the public domain

Summary: Study confirms an association between an imbalance in gut bacteria and the development of amyloid plaques in the brains of humans.

Alzheimer’s disease is the most common cause of dementia. Still incurable, it directly affects nearly one million people in Europe, and indirectly millions of family members as well as society as a whole. In recent years, the scientific community has suspected that the gut microbiota plays a role in the development of the disease.

A team from the University of Geneva (UNIGE) and the University Hospitals of Geneva (HUG) in Switzerland, together with Italian colleagues from the National Research and Care Center for Alzheimer’s and Psychiatric Diseases Fatebenefratelli in Brescia, University of Naples and the IRCCS SDN Research Center in Naples, confirm the correlation, in humans, between an imbalance in the gut microbiota and the development of amyloid plaques in the brain, which are at the origin of the neurodegenerative disorders characteristic of Alzheimer’s disease.

Proteins produced by certain intestinal bacteria, identified in the blood of patients, could indeed modify the interaction between the immune and the nervous systems and trigger the disease.

These results, to be discovered in the Journal of Alzheimer’s Disease, make it possible to envisage new preventive strategies based on the modulation of the microbiota of people at risk.

The research laboratory of neurologist Giovanni Frisoni, director of the HUG Memory Centre and professor at the Department of Rehabilitation and Geriatrics of the UNIGE Faculty of Medicine, has been working for several years now on the potential influence of the gut microbiota on the brain, and more particularly on neurodegenerative diseases. “We have already shown that the gut microbiota composition in patients with Alzheimer’s disease was altered, compared to people who do not suffer from such disorders,” he explains.

“Their microbiota has indeed a reduced microbial diversity, with an over-representation of certain bacteria and a strong decrease in other microbes. Furthermore, we have also discovered an association between an inflammatory phenomenon detected in the blood, certain intestinal bacteria, and Alzheimer’s disease; hence the hypothesis that we wanted to test here: could inflammation in the blood be a mediator between the microbiota and the brain?”

The brain under influence

Intestinal bacteria can influence the functioning of the brain and promote neurodegeneration through several pathways: they can indeed influence the regulation of the immune system and, consequently, can modify the interaction between the immune system and the nervous system. Lipopolysaccharides, a protein located on the membrane of bacteria with pro-inflammatory properties, have been found in amyloid plaques and around vessels in the brains of people with Alzheimer’s disease. In addition, the intestinal microbiota produces metabolites – in particular some short-chain fatty acids – which, having neuroprotective and anti-inflammatory properties, directly or indirectly affect brain function.

“To determine whether inflammation mediators and bacterial metabolites constitute a link between the gut microbiota and amyloid pathology in Alzheimer’s disease, we studied a cohort of 89 people between 65 and 85 years of age. Some suffered from Alzheimer’s disease or other neurodegenerative diseases causing similar memory problems, while others did not have any memory problems,” reports Moira Marizzoni, a researcher at the Fatebenefratelli Center in Brescia and first author of this work.

“Using PET imaging, we measured their amyloid deposition and then quantified the presence in their blood of various inflammation markers and proteins produced by intestinal bacteria, such as lipopolysaccharides and short-chain fatty acids.”

“Our results are indisputable: certain bacterial products of the intestinal microbiota are correlated with the quantity of amyloid plaques in the brain,” explains Moira Marizzoni.

This work thus provides proof of an association between certain proteins of the gut microbiota and cerebral amyloidosis through a blood inflammatory phenomenon. Scientists will now work to identify specific bacteria, or a group of bacteria, involved in this phenomenon.

A strategy based on prevention

This discovery paves the way for potentially highly innovative protective strategies – through the administration of a bacterial cocktail, for example, or of pre-biotics to feed the ‘good’ bacteria in our intestine. “However, we shouldn’t be too quick to rejoice,” says Frisoni.

“Indeed, we must first identify the strains of the cocktail. Then, a neuroprotective effect could only be effective at a very early stage of the disease, with a view to prevention rather than therapy. However, early diagnosis is still one of the main challenges in the management of neurodegenerative diseases, as protocols must be developed to identify high-risk individuals and treat them well before the appearance of detectable symptoms.”

This study is also part of a broader prevention effort led by the UNIGE Faculty of Medicine and the HUG Memory Centre.

Eighty-nine older persons with cognitive performance from normal to dementia underwent florbetapir amyloid PET and blood collection. Brain amyloidosis was measured with standardized uptake value ratio versus cerebellum. Blood levels of LPS were measured by ELISA, SCFAs by mass spectrometry, cytokines by using real-time PCR, and biomarkers of endothelial dysfunction by flow cytometry. We investigated the association between the variables listed above with Spearman’s rank test.

We report a novel association between gut microbiota-related products and systemic inflammation with brain amyloidosis via endothelial dysfunction, suggesting that SCFAs and LPS represent candidate pathophysiologic links between the gut microbiota and AD pathology.