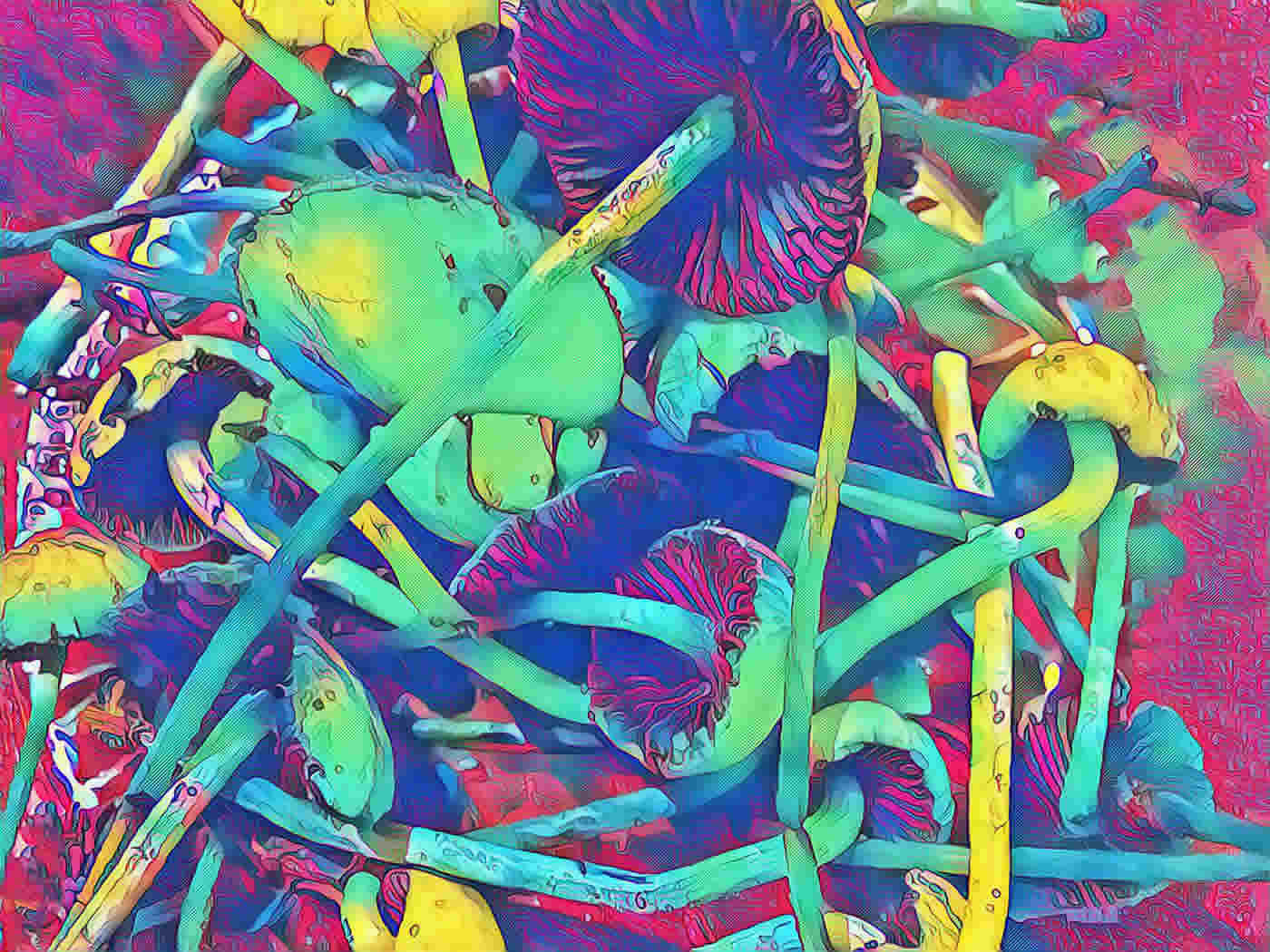 Scientific pursuits need to be coupled with a humanist tradition — to highlight not just how psychedelics work, but why that matters. NeuroscienceNews.com image is adapted from The Conversation news release.

The Real Promise of LSD, Mushrooms and MDMA for Medical Science

Psychedelic science is making a comeback.

Scientific publications, therapeutic breakthroughs and cultural endorsements suggest that the historical reputation of psychedelics — such as lysergic acid diethylamide (LSD), mescaline (from the peyote cactus) and psilocybin (mushrooms) — as dangerous or inherently risky have unfairly overshadowed a more optimistic interpretation.

Recent publications, like Michael Pollan’s How to Change your Mind, showcase the creative and potentially therapeutic benefits that psychedelics have to offer — for mental health challenges like depression and addiction, in palliative care settings and for personal development.

Major scientific journals have published articles showing evidence-based reasons for supporting research in psychedelic studies. These include evidence that pscilocybin significantly reduces anxiety in patients with life-threatening illnesses like cancer, that MDMA (3,4-methylenedioxy-methamphetaminecan; also known as ecstasy) improves outcomes for people suffering from PTSD and that psychedelics can produce sustained feelings of openness that are both therapeutic and personally enriching.

Other researchers are investigating the traditional uses of plant medicines, such as ayahuasca, and exploring the neurological and psychotherapeutic benefits of combining Indigenous knowledge with modern medicine.

I am a medical historian, exploring why we now think that psychedelics may have a valuable role to play in human psychology, and why over 50 years ago, during the heyday of psychedelic research, we rejected that hypothesis. What has changed? What did we miss before? Is this merely a flashback?

Osmond studied mescaline from the peyote cactus, synthesized by German scientists in the 1930s, and LSD, a laboratory-produced substance created by Albert Hofmann at Sandoz in Switzerland. During the 1950s and into the 1960s, more than 1,000 scientific articles appeared as researchers around the world interrogated the potential of these psychedelics for healing addictions and trauma.

But, by the end of the 1960s, most legitimate psychedelic research ground to a halt. Some of the research had been deemed unethical, namely mind-control experiments conducted under the auspices of the CIA. Other researchers had been discredited for either unethical or self-aggrandizing use of psychedelics, or both.

Timothy Leary was perhaps the most notorious character in that regard. Having been dismissed from Harvard University, he launched a recreational career as a self-appointed apostle of psychedelic living.

Drug regulators struggled to balance a desire for scientific research with a growing appetite for recreational use, and some argued abuse, of psychedelics.

In the popular media, these drugs came to symbolize hedonism and violence. In the United States, the government sponsored films aimed at scaring viewers about the long-term and even deadly consequences of taking LSD. Scientists were hard-pressed to maintain their credibility as popular attitudes began to shift.

Now that interpretation is beginning to change.

In 2009, Britain’s chief drug adviser, David Nutt, reported that psychedelic drugs had been unfairly prohibited. He argued that substances such as alcohol and tobacco were in fact much more dangerous to consumers than drugs like LSD, ecstasy (MDMA) and mushrooms (psilocybin).

He was fired from his advisory position as a result, but his published claims helped to reopen debates on the use and abuse of psychedelics, both in scientific and policy circles.

And Nutt was not alone. Several well-established researchers began joining the chorus of support for new regulations allowing researchers to explore and reinterpret the neuroscience behind psychedelics. Studies ranged from those looking at the mechanisms of drug reactions to those revisiting the role of psychedelics in psychotherapy.

In 2017, Oakland, Calif., hosted the largest gathering to date of psychedelic scientists and researchers. Boasting attendance of more than 3,000 participants, Psychedelic Science 2017 brought together researchers and practitioners with a diverse set of interests in reviving psychedelics — from filmmakers to neuroscientists, journalists, psychiatrists, artists, policy advisers, comedians, historians, anthropologists, Indigenous healers and patients.

The conference was co-hosted by the leading organizations dedicated to psychedelics — including the Multidisciplinary Association for Psychedelic Studies (MAPS) and The Beckley Foundation — and participants were exposed to cutting-edge research.

As a historian, however, I am trained to be cynical about trends that claim to be new or innovative. We learn that often we culturally tend to forget the past, or ignore the parts of the past that seem beyond our borders.

For that reason, I am particularly interested in understanding the so-called psychedelic renaissance and what makes it different from the psychedelic heyday of the 1950s and 1960s.

The historic trials were conducted at the very early stages of the pharmacological revolution, which ushered in new methods for evaluating efficacy and safety, culminating in the randomized controlled trial (RCT). Prior to standardizing that approach, however, most pharmacological experiments relied on case reports and data accumulation that did not necessarily involve blinded or comparative techniques.

Historically, scientists were keen to separate pharmacological substances from their organic cultural, spiritual and healing contexts — the RCT is a classic representation of our attempts to measure reaction rather than to interpret experience. Isolating the drug from an associated ritual might have more readily conveyed an image of progress, or a more genuine scientific approach.

Today, however, psychedelic investigators are beginning to question the decision to excise the drug from its Indigenous or ritualized practices.

Modern science has focused attention on data accrual — measuring reactions, identifying neural networks and discovering neuro-chemical pathways. It has moved decidedly away from larger philosophical questions of how we think, or what is human consciousness or how human thoughts are evolving.

Some of those questions inspired the earlier generation of researchers to embark on psychedelic studies in the first place.

We may now have more sophisticated tools for advancing the science of psychedelics. But psychedelics have always inspired harmony between brain and behaviour, individuals and their environments, and an appreciation for western and non-western traditions mutually informing the human experience.

In other words, scientific pursuits need to be coupled with a humanist tradition — to highlight not just how psychedelics work, but why that matters.