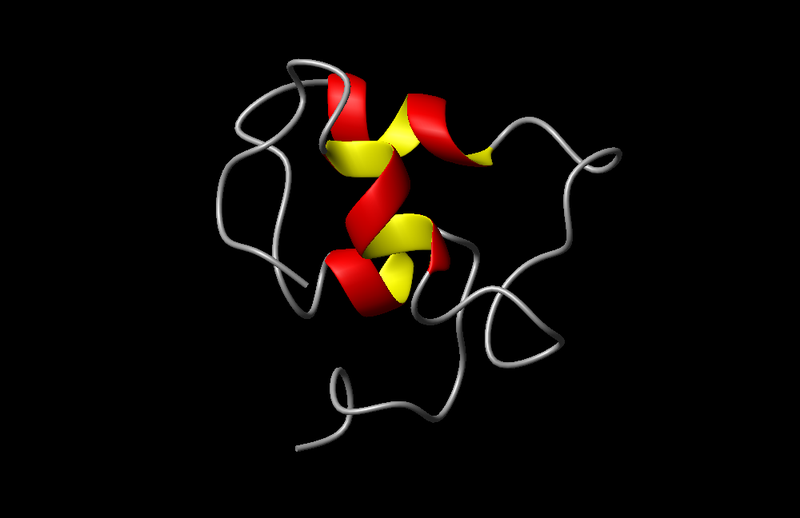 Researchers discovered a protein-restricted diet reduced levels of IGF-1 circulating through the body by 30 to 70 percent, and caused an eight-fold increase in a protein that blocks IGF-1's effects by binding to it.
Home
Featured

Cycles of a normal diet and protein restriction improved memory and slowed the advance of the disease.

Mice with many of the pathologies of Alzheimer’s Disease showed fewer signs of the disease when given a protein-restricted diet supplemented with specific amino acids every other week for four months.

Mice at advanced stages of the disease were put on the new diet. They showed improved cognitive abilities over their non-dieting peers when their memory was tested using mazes. In addition, fewer of their neurons contained abnormal levels of a damaged protein, called “tau,” which accumulates in the brains of Alzheimer’s patients.

Dietary protein is the major dietary regulator of a growth hormone known as IGF-1, which has been associated with aging and diseases in mice and several diseases in older adults.

Upcoming studies by USC Professor Valter Longo, the study’s corresponding author, will attempt to determine whether humans respond similarly, while simultaneously examining the effects of dietary restrictions on cancer, diabetes and cardiac disease.

“We had previously shown that humans deficient in Growth Hormone receptor and IGF-I displayed reduced incidence of cancer and diabetes. Although the new study is in mice, it raises the possibility that low protein intake and low IGF-I may also protect from age-dependent neurodegeneration,” said Longo, who directs the Longevity Institute of the USC Davis School of Gerontology and has a joint appointment the USC Dornsife College of Letters, Arts and Sciences.

“Alzheimer’s Disease and other forms of neurodegeneration are a major burden on society, and it is a rising priority for this nation to develop new approaches for preventing and treating these conditions, since the frequencies of these disorders will be rising as the population ages over the next several decades,” said Cohen, who became dean of the School of Gerontology in summer 2012. “New strategies to address this, particularly non-invasive, non-pharmacological approaches such as tested in Dr. Longo’s study are particularly exciting.”

The results of their study were published online by Aging Cell.

The team found that a protein-restricted diet reduced levels of IGF-1 circulating through the body by 30 to 70 percent, and caused an eight-fold increase in a protein that blocks IGF-1’s effects by binding to it.

IGF-1 helps the body grow during youth but is also associated with several diseases later in life in both mice and humans. Exploring dietary solutions to those diseases as opposed to generating pharmaceuticals to manipulate IGF-1 directly allows Longo’s team to make strides that could help sufferers today or in the next few years.

“We always try to do things for people who have the problem now,” Longo said. “Developing a drug can take 15 years of trials and a billion dollars.

“Although only clinical trials can determine whether the protein-restricted diet is effective and safe in humans with cognitive impairment, a doctor could read this study today and, if his or her patient did not have any other viable options, could consider introducing the protein restriction cycles in the treatment, understanding that effective interventions in mice may not translate into effective human therapies,” he said.

Many elderly individuals may have already be frail, have lost weight or may not be healthy enough to eat a protein-restricted diet every other week. Longo strongly insisted that any dieting be monitored by a doctor or registered dietician to make sure that patients do not become amino acid deficient, lose additional weight or develop other side effects.

A Revised Map of Where Working Memory Resides in the Brain

Noise Can Put You off Your Food

Repeated Pregnancy Loss May Be Tied to the Olfactory System