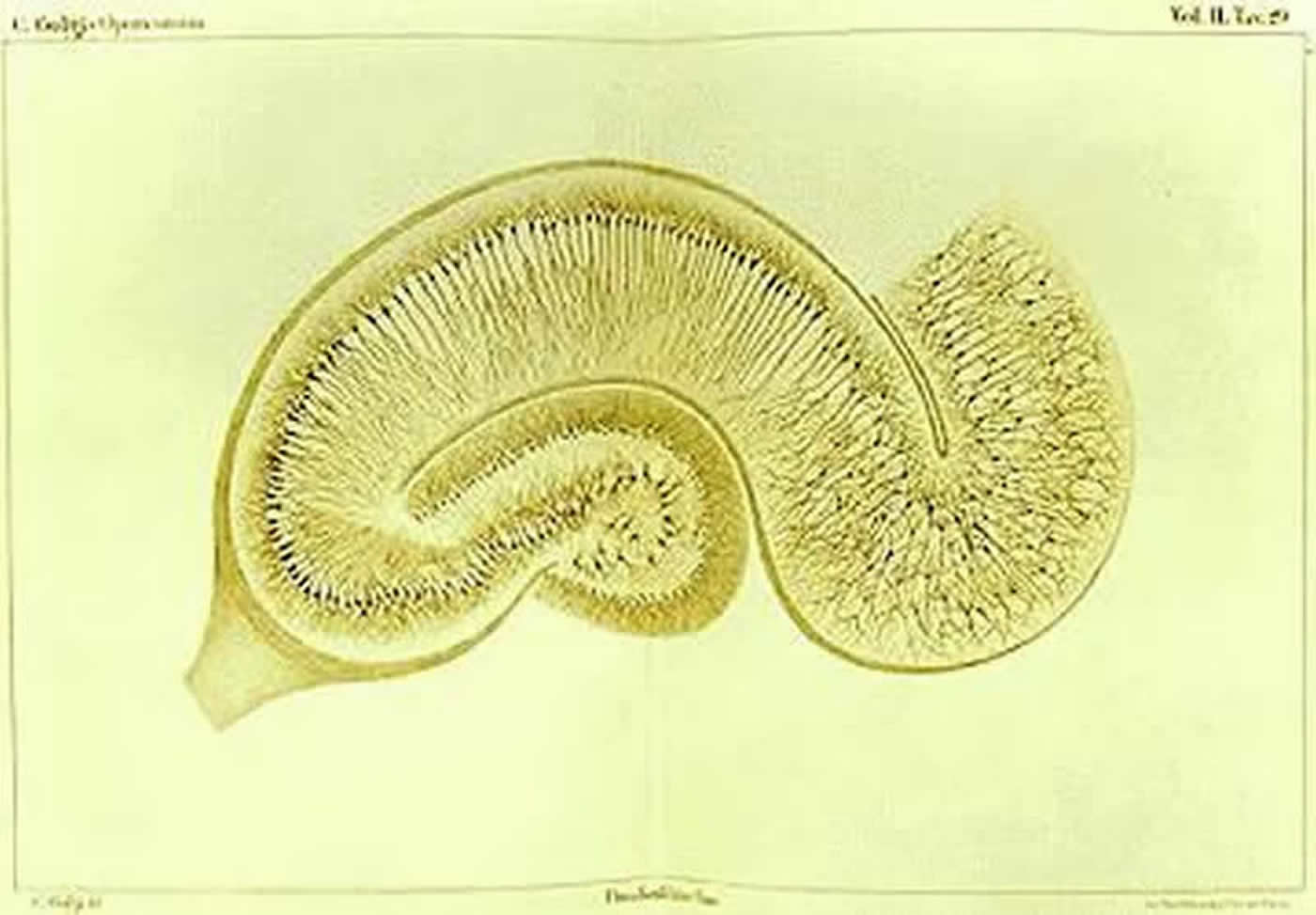 A new study from the George Washington University (GW), however, reports that in some critical structures of the developing brain, the inhibitory neurons cause excitation rather than suppression of brain activity. Image is in the public domain.

Summary: GABAergic interneuron excitation is essential for network activity in the hippocampus of the fetal brain.

Brain function depends on inhibitory cells that balance or ‘brake’ excitation. These neurons allow the brain to process information and also prevent runaway seizures. A new study from the George Washington University (GW), however, reports that in some critical structures of the developing brain, the inhibitory neurons cause excitation rather than suppression of brain activity. The findings, published in Science Advances, could have implications for the treatment of neonatal seizures.

Gamma-aminobutyric acid (GABA)-releasing, or GABAergic, interneurons mediate inhibition in the mammalian brain. Despite their importance in adults and implication in neurodevelopmental disorders such as autism, the role of interneurons during brain development is poorly understood. A more complete understanding of GABA’s role in early network function is essential for designing treatments for neonatal seizures because standard treatments that augment GABA receptor function in infants with seizures are often ineffective.

Researchers at GW tested a longstanding hypothesis that the brain’s inhibitory system is actually excitatory during development, which had not previously been proven in vivo.

“This is the first evidence that these neurons are actually excitatory in vivo,” said Matthew Colonnese, PhD, associate professor of pharmacology and physiology at the GW School of Medicine and Health Sciences and the senior author on the study. “The inhibitory system within the fetal brain, which in the adult acts as a kind of braking system, instead can act as an accelerator in the young brain.”

In this study, the researchers locally manipulated interneuron activity in a murine model. Their results prove that GABAergic neurons are excitatory in the hippocampus at ages equivalent to the early third trimester and only later become inhibitory. The study also showed interneurons in a closely related but different region, the visual cortex, are inhibitory throughout early development.

The team’s evidence of GABA’s heterogeneity across regions of the brain gives one potential explanation why simply trying to change early excitatory GABA into inhibitory GABA – as anti-seizure treatments currently do – may not work, explained Colonnese. “It’s really going to depend on the origin of the seizures, whether they originate in the cortical or hippocampal tissue, their spread, the infant’s age, and the type of seizure.”

“Currently, we don’t have an effective treatment for neonatal seizures,” said Yasunobu Murata, PhD, a member of Colonnese’s lab at GW and first author on the study. “My hope is that we can use these findings to develop more targeted therapies for infants suffering from seizure disorders.”

Murata and Colonnese see the potential for their data to inform development of drugs for neonatal seizures, however, having examined just two regions in this study, they note that a more global mapping of where and when interneurons are excitatory or inhibitory is needed, as well as an understanding of what determines whether neurons act as an accelerator or a brake.

Funding: The study, titled “GABAergic interneurons excite neonatal hippocampus in vivo,” is funded by grants from the National Institutes of Health and is published in Science Advances.

GABAergic interneurons are proposed to be critical for early activity and synapse formation by directly exciting, rather than inhibiting, neurons in developing hippocampus and neocortex. However, the role of GABAergic neurons in the generation of neonatal network activity has not been tested in vivo, and recent studies have challenged the excitatory nature of early GABA. By locally manipulating interneuron activity in unanesthetized neonatal mice, we show that GABAergic neurons are excitatory in CA1 hippocampus at postnatal day 3 (P3) and are responsible for most of the spontaneous firing of pyramidal cells at that age. Hippocampal interneurons become inhibitory by P7, whereas visual cortex interneurons are already inhibitory by P3 and remain so throughout development. These regional and age-specific differences are the result of a change in chloride reversal potential, because direct activation of light-gated anion channels in glutamatergic neurons drives CA1 firing at P3, but silences it at P7 in CA1, and at all ages in visual cortex. This study in the intact brain reveals that GABAergic interneuron excitation is essential for network activity in neonatal hippocampus and confirms that visual cortical interneurons are inhibitory throughout early postnatal development.