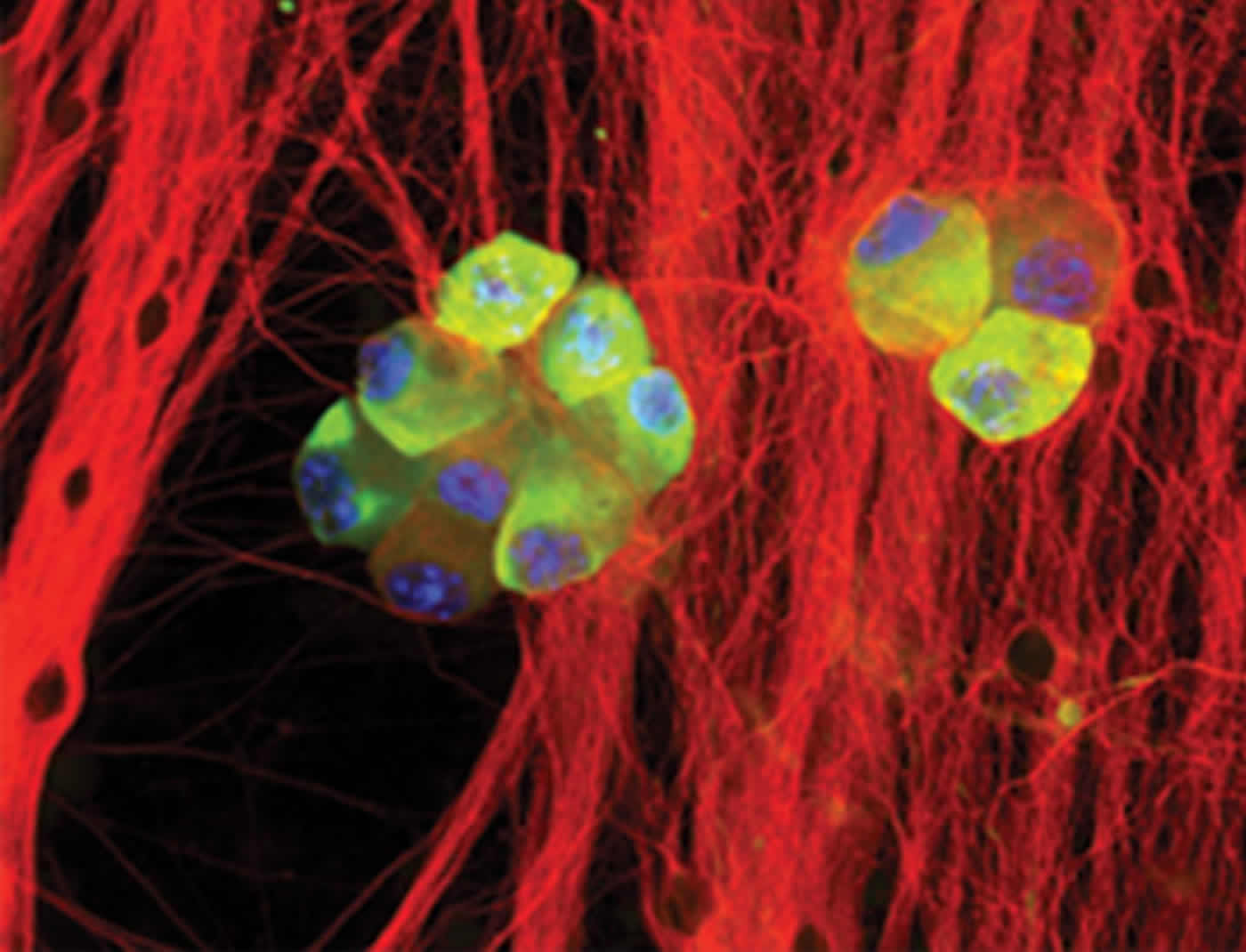 About 90 percent of us live with HSV inside brain cells. Under stress, the virus leaves neurons and can cause cold sores, recurrent eye infection, and in rare cases encephalitis.

When we get cold sores, the reason is likely related to stress. In particular, the neurons in which the herpes simplex virus (HSV) reside, are under stress. For the first time, researchers at the University of North Carolina School of Medicine discovered a cellular mechanism that allows the virus to reactivate. They also found how brain cells are duped into allowing bits of virus to escape the very repressive environment in neurons and cause disease.

HSV is found in about 90 percent of the United States population and leads to cold sores, recurrent eye infections, genital lesions, and in rare cases encephalitis – inflammation of the brain which has a 30 percent mortality rate (70 to 80 percent if left untreated). Its closely related virus, VZV, also causes chicken pox and shingles.

“The proteins we’ve shown to be important for viral reactivation are almost exclusively found in neurons, so they do represent a good therapeutic target,” said Anna Cliffe, PhD, first and co-corresponding author of the study and a postdoctoral fellow in the department of cell biology and physiology. “We’ve known that stress triggers viral reactivation. What we’ve now found is how stress at the cellular level allows for viral reactivation.”

This research, published today in the journal Cell Host and Microbe, was conducted using primary neurons from mice. But the researchers said the cellular pathways involved are found in human neurons.

“We’re excited about the possibility that this stress-activation pathway exists in humans,” said Mohanish Deshmukh, the paper’s senior author and professor of cell biology and physiology at UNC. “All of the elements of these pathways are found in human neurons. And we know that stress reactivates herpes simplex virus in humans.”

HSV was previously found to lay dormant in neurons. Deshmukh’s expertise is in neuron survival and death. He wondered if HSV “chooses” neurons as hosts because brain cells are survivors; unlike other cell types, neurons are very weary of triggering cell death even if infected by a virus.

Cliffe’s expertise as a virologist allowed Deshmukh’s team to investigate how HSV reactivates in neurons. As a first step, Deshmukh and Cliffe created an experimental assay to force the virus to go latent in mouse primary neurons in a dish and then to become reactivated. This allowed them to study specific cellular protein pathways that could be involved in viral reactivation.

They wondered whether the virus is able to sense when the neurons are under stress and activate an escape pathway. They focused on a protein called JNK, which had been linked to stress. In a dish of mouse neurons, Cliffe added chemicals to mimic the loss of nerve growth factor, which neurons need to remain healthy. She also used a corticosteroid – a natural stress hormone – that previously had been shown to activate the JNK pathway and trigger neuron death.

“When our bodies are stressed, we release high levels of corticosteroids,” Cliffe said. “So, using it in this experiment was a good way to mimic what could happen in the body.”

As they studied the cells, they found that the JNK protein pathway – which includes proteins called DLK and JIP3 – was activated just before the virus began to leave neurons.

“We then used a chemical inhibitor to block the JNK pathway to see if that stopped viral reactivation,” said Deshmukh, who is a member of the UNC Neuroscience Center. “And it had a spectacular effect. When we inhibited JNK, the virus was no longer able to reactivate.”

When the researchers took a closer look, they found that the herpes virus can be reactivated even though the viral DNA in neurons was still in a repressed state. That is, the histones associated with viral DNA did not undergo demethylation – a process that allows tightly packaged DNA to become more open so that gene expression can occur, including HSV gene expression, which was precisely what the virus needed in order to be reactivated.

“Most scientists who study the genome would be surprised with that finding,” Deshmukh said. “The methyl marks – these epigenetic modifications – must be taken off before DNA can be opened. And that’s true. But we’ve found a great case where we see gene expression even in the presence of methyl marks.”

“You could say that the methyl marks act as brakes to refuse gene expression,” Deshmukh said. “And this phosphorylation releases the brakes just enough so that a little bit of viral gene expression can occur. This is called a methyl/phospho switch.”

The phosphorylation was also dependent on activation of the JNK pathway. Therefore, the experiments link the stress-activated pathway to the very earliest changes to the viral DNA.

Deshmukh’s team found that once the initial brakes are eased, full viral gene expression did require removal of the repressive histone methylation, which allows the virus to complete the reactivation process. This, in turn, leads to full virus formation outside the neuron. From there, disease states such as cold sores and encephalitis are born.

Why Are Sounds Not Perceived Under Anesthesia?

The next step is to establish this model of HSV infection and reactivation in human neurons, which has not yet been accomplished. If it can be, and if the JNK pathway is crucial for viral reactivation in humans, then it could be possible to develop treatments for the diseases that are linked to HSV, as well as its closely-related viruses.

About this neuroscience and virology research

Mohanish Deshmukh is a member of the UNC Lineberger Comprehensive Cancer Center.

Funding: This work was funded through grants from the National Institutes of Health.