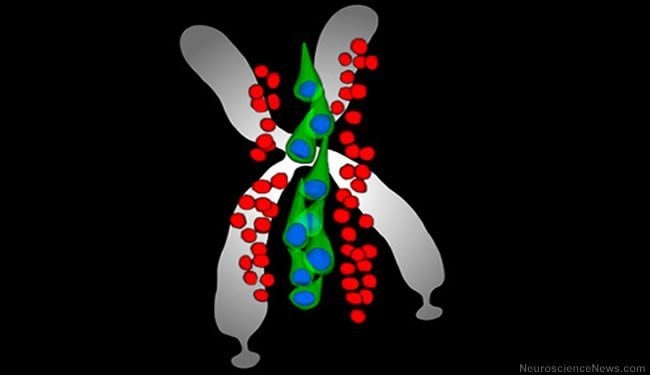 A recently evolved pattern of gene activity in the language and decision-making centers of the human brain is missing in a disorder associated with autism and learning disabilities, a new study by Yale University researchers shows.

“This is the cost of being human,” said Nenad Sestan, associate professor of neurobiology, researcher at Yale’s Kavli Institute for Neuroscience, and senior author of the paper. “The same evolutionary mechanisms that may have gifted our species with amazing cognitive abilities have also made us more susceptible to psychiatric disorders such as autism.”

The findings are reported in the May 11 issue of the journal Cell.

In the Cell paper, Kenneth Kwan, the lead author, and other members of the Sestan laboratory identified the evolutionary changes that led the NOS1 gene to become active specifically in the parts of the developing human brain that form the adult centers for speech and language and decision-making. This pattern of NOS1 activity is controlled by a protein called FMRP and is missing in Fragile X syndrome, a disorder caused by a genetic defect on the X chromosome that disrupts FMRP production. Fragile X syndrome, the leading inherited form of intellectual disability, is also the most common single-gene cause of autism. The loss of NOS1 activity may contribute to some of the many cognitive deficits suffered by those with Fragile X syndrome, such as lower IQ, attention deficits, and speech and language delays, the authors say.

The pattern of NOS1 activity in these brain centers does not occur in the developing mouse brain — suggesting that it is a more recent evolutionary adaptation possibly involved in the wiring of neural circuits important for higher cognitive abilities. The findings of the Cell paper support this hypothesis. The study also provides insights into how genetic deficits in early development, a time when brain circuits are formed, can lead to disorders such as autism, in which symptoms appear after birth.

“This is an example of where the function of genetic changes that likely drove aspects of human brain evolution was disrupted in disease, possibly reverting some of our newly acquired cognitive abilities and thus contributing to a psychiatric outcome,” Kwan said.

An Epigenetic Cause of Miscarriages Is Identified and Cured in Mice

More than 20 U.S. and international scientists contributed to the research, which was supported by grants from the National Institutes of Health and the Kavli Foundation.