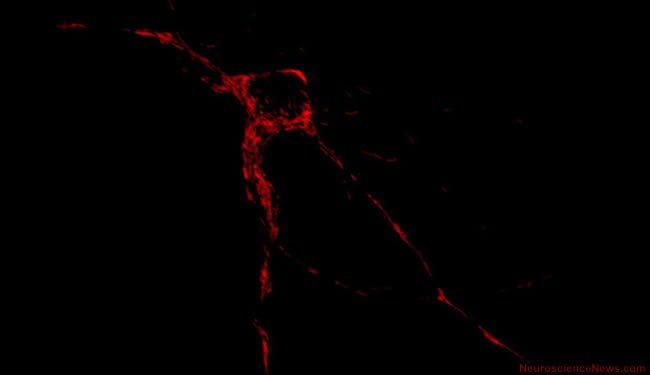 This family comprises a cluster of six genes that may be altered in neurological conditions, such as Parkinson’s and Charcot-Marie-Tooth disease.

A team headed by Eduardo Soriano at the Institute for Research in Biomedicine (IRB Barcelona) has published a study in Nature Communications describing a new family of six genes whose function regulates the movement and position of mitochondria in neurons. Many neurological conditions, including Parkinson’s and various types of Charcot-Marie-Tooth disease, are caused by alterations of genes that control mitochondrial transport, a process that provides the energy required for cell function.

“We have identified a set of new genes that are highly expressed in the nervous system and have a specific function in a biological process that is crucial for the activity and viability of the nervous system”, explains Eduardo Soriano, head of the Neurobiology and Cell Regeneration group at IRB Barcelona and full professor at the University of Barcelona (UB).

By means of comparative genomic analyses, the scientists have discovered that these genes are found only in more evolved mammals, the so-called Eutharia, these characterized by internal fertilization and development. “This finding indicates the relevance of mitochondrial biology. When the brain evolved in size, function and structure, the mitochondrial transport process also became more complex and probably required additional regulatory mechanisms”, says Soriano. “Likewise, given the origin of the gene cluster, in the transition between primitive mammals, such as marsupials (kangaroos) and the remaining placental mammals, it is tempting to propose that the cluster is linked to the increased complexity of the cerebral cortex in the lineage that leads to humans”, adds the full UB professor Jordi Garcia-Fernàndez, collaborator in the study.

Correct brain function is highly energy-demanding. However, this energy must be finely distributed throughout neurons —cells that have ramifications that can reach up to tens of centimetres in length, from the brain to the limbs. This cluster of genes forms part of the “wheel” machinery of mitochondria and regulates the localization of each cell on the basis of its energy requirements. “These genes would be like an extra control in cellular mitochondrial trafficking and they interact with the major proteins associated with the regulation of mitochondrial transport”, explains Soriano.

Another striking characteristic of these new proteins is that they are found both in mitochondria, the function of which has already been described, and in the cell nucleus, where their function is unknown. “They may also be involved in the regulation of gene expression, a possibility that we are now studying”. In addition to their potential involvement in brain pathologies, the researchers believe that these proteins may be related to metabolic diseases and cancer.

This study has been performed in collaboration with the teams headed by Jordi Garcia-Fernàndez, from the UB, Ramón Trullás and Javier García-Sancho, both from the CSIC, and Antoni L. Andreu, from the Hospital de la Vall d´Hebron.