Disturbed Circadian Rhythm May Be Associated With Alzheimer’s Disease

Our body is tuned to function in a synchronous manner with a “circadian” or day-and-night rhythm. Alterations to daily lifestyles due to the current stressful routines people follow can disrupt the body’s day-night cycle for longer periods.

Recent studies in rats have shown that even chronic light exposure can disrupt the circadian rhythm and cause memory deficits seen in neurological disorders such as Alzheimer’s disease (AD). Interestingly, circadian rhythm disruption has also been frequently reported in patients suffering from AD.

However, the cause-and-effect relationship between AD and circadian rhythm disruption remains unclear.

To understand the correlation between circadian rhythm disturbances and AD progression, a team of researchers from Shoolini University, India, tested the effect of circadian rhythm disruption caused by chronic light exposure on the physiology and functional abilities of Wistar rats.

Explaining the rationale behind their study published in ACS Chemical Neuroscience, Professor Rohit Goyal, who led the study, said, “Cells of various organs in the body are synchronized to the day-night cycle, and release different biochemical substances including hormones in a time-specific manner. Untimely expression of these hormones can trigger anxiety, cognitive impairment, and memory loss, all symptoms of brain disorders such as AD.”

In a previous study, the team had reported that upon chronic light exposure for two months, rats exhibit cognitive deficits along with sub-clinical accumulation of amyloid β (Aβ), the pathogenic protein known to form aggregates in AD. Building on these findings, they speculated that longer light exposure may result in circadian rhythm disruptions that cause an AD-like phenotype.

To test this hypothesis, they exposed adult rats to constant light conditions for four months and compared them with rats subjected to a normal light-dark cycle taken as the control group.

They found that chronic light exposure disrupted the expression of genes like Per2 that follow circadian rhythms. Markers of oxidative stress such as peroxiredoxins were also dysregulated in the suprachiasmatic nuclei (SCN) region of the brain in these rats, which is the primary controller of circadian rhythms in the body.

Neurotransmitters, including glutamate and γ-aminobutyric acid, were dysregulated in the SCN of rats with circadian rhythm disruption due to chronic light exposure. Additionally, these animals showed disrupted metabolic profiles, suggestive that their digestive systems may also have been adversely affected by the disrupted circadian rhythms.

The level of soluble Aβ in the brain was also significantly higher in these rats compared to the controls, and they experienced down-regulation of anti-aging gene Sirt1 and up-regulation of the neuronal damage markers. The researchers also found that circadian rhythm disruption due to chronic light exposure caused memory and cognitive deficits in the rats. Collectively, these findings were suggestive of an AD-like phenotype.

Based on the above results, their next hypothesis was that fluoxetine, a drug used for treating anxiety and hyperactivity, could alleviate physiological and functional abnormalities associated with circadian rhythm disruption. Sure enough, fluoxetine treatment prevented oxidative damage, Aβ accumulation, and rescued memory and cognitive deficits in the treated rats.

Overall, the study suggests that long-term circadian rhythm disruption induces AD-like pathology in rats, which can be prevented by treatment with fluoxetine. Notably, elevation in Aβ, a hallmark of AD, and disturbed circadian rhythms, can each trigger the other, resulting in a cascade of irreversible neurological symptoms. This sets the stage for serious life-long conditions like AD.

The clinical implications of their findings are also evident.

Prof. Goyal remarks, “Lifestyle changes that support exposure to natural light followed by ample rest at night may thus be key to limiting the risk of neurological disorders. Therapeutic strategies to optimize circadian timing in prospective patients hold great promise to restrain the prevalence of AD.”

Better lifestyle practices, following the traditional Indian discipline of yoga, or maintaining a natural day-night cycle for work schedules and even dietary practices may make our bodies healthier and function better.

This study certainly “sheds light” on the cause-and-effect relationship between circadian rhythms and AD progression, paving the way for future investigations on this important topic.

There is mounting evidence of circadian rhythm disruption in Alzheimer’s disease (AD); however, the cause-and-effect relationship between them is not understood. Chronic constant light exposure effectively disrupts circadian rhythm in rats.

On the basis of previous publications, we hypothesized that chronic constant light exposure might contribute significantly to development of AD-like-phenotype in rats and that fluoxetine (Flx) treatment might protect the brain against it. Adult male rats were exposed to normal light-dark cycles, constant light (LL), constant dark, and LL+Flx (5 mg/kg/day, ZT5) for four months.

The expression of molecular markers of circadian rhythm: Per2 transcripts; and protein expression of peroxiredoxin-1 (PRX1) and hyperoxidized peroxiredoxins (PRX-SO2/3) were significantly dysregulated in the suprachiasmatic nuclei (SCN) of LL rats, which was prevented with concomitant fluoxetine administration. The levels of glutamate and γ-aminobutyric acid were dysregulated, and oxidative damage was observed in the SCN and hippocampi of LL rats. Fluoxetine treatment conferred protection against oxidative damage in LL rats.

Constant light exposure also impaired rats’ performance on Y-maze, Morris maze, and novel object recognition test, which was prevented with fluoxetine administration. A significant elevation in soluble Aβ1–42 levels, which strongly correlated with upregulation of Bace1 and Mgat3 transcripts was observed in the hippocampus of LL rats. Further, the expression of antiaging gene Sirt1 was downregulated, and neuronal damage indicator Prokr2 was upregulated in hippocampus. Fluoxetine rescued Aβ1–42 upregulation and AD-related genes’ dysregulation.

Our findings show that circadian disruption by exposure to chronic constant light may contribute to progression of AD, which can be prevented with fluoxetine treatment. 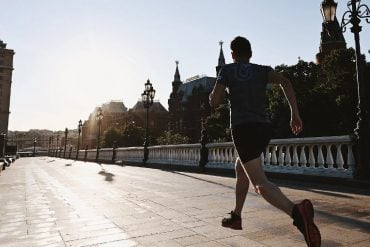 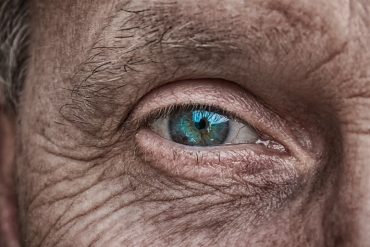