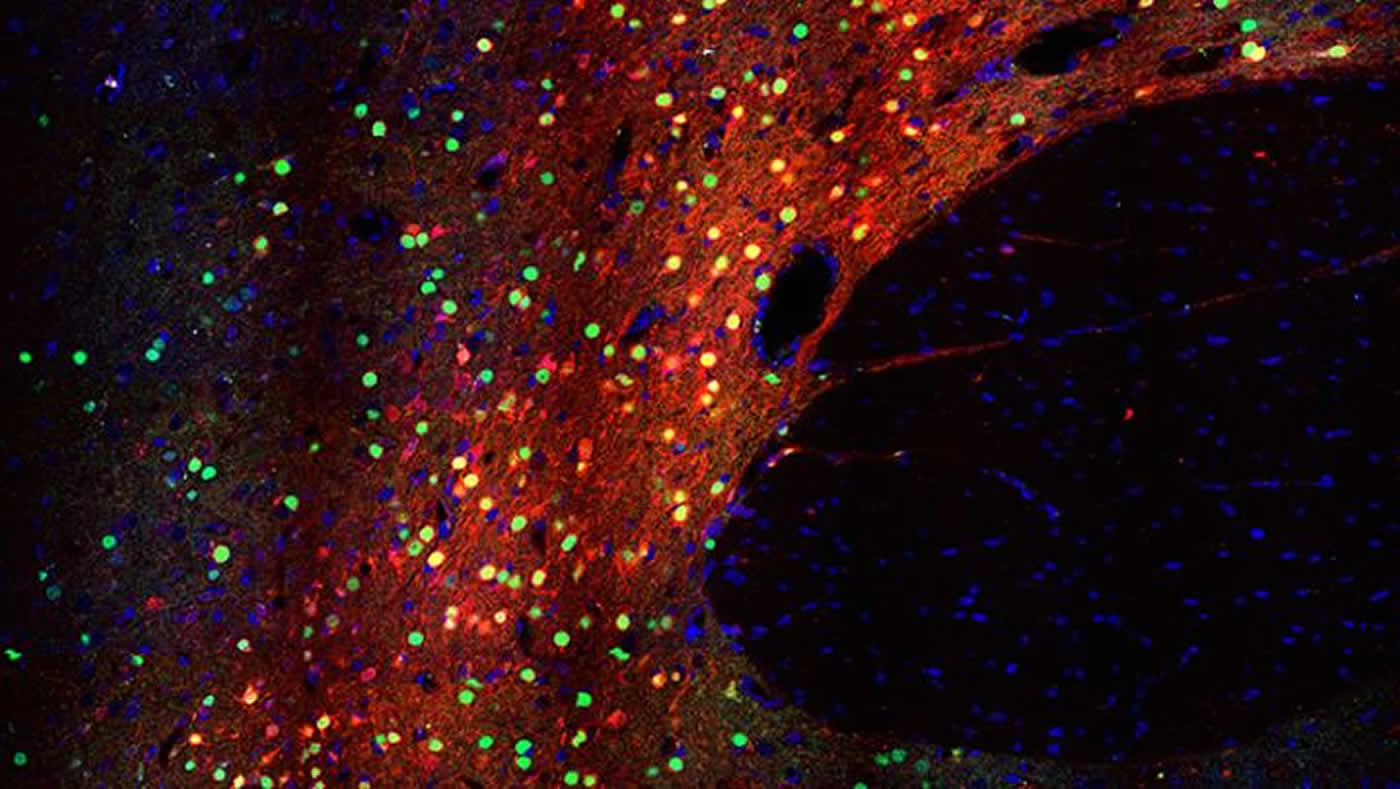 Neuroscientists have used CRISPR/Cas9 genome editing technology to regulate genes in the rat brain. Described in eNeuro, this technique paves the way for researchers to probe genetic influences on brain health and disease in model organisms that more closely resemble human conditions..

Studying genes in the brain is expensive and time-consuming, often relying on transgenic animals, such as fruit flies and mice, designed to assess one gene at a time. Despite rapid advances in the development of powerfully precise CRISPR/Cas9 systems, adapting these for use in the central nervous system has proved challenging.

A neuron-optimized CRISPR activation system developed by Jeremy Day and colleagues overcomes these challenges. The researchers demonstrate both in diverse cultured cells and in multiple regions of the live rat brain that their molecular tool is capable of quickly and efficiently increasing expression of targeted genes involved in learning and memory, plasticity, and neuronal development.

Mice Fathers Pass Down Stress Responses to Offspring via Sperm

CRISPR-based technology has provided new avenues to interrogate gene function, but difficulties in transgene expression in post-mitotic neurons has delayed incorporation of these tools in the central nervous system. Here, we demonstrate a highly efficient, neuron-optimized dual lentiviral CRISPR-based transcriptional activation (CRISPRa) system capable of robust, modular, and tunable gene induction and multiplexed gene regulation across several primary rodent neuron culture systems. CRISPRa targeting unique promoters in the complex multi-transcript gene Brain-derived neurotrophic factor (Bdnf) revealed both transcript- and genome-level selectivity of this approach, in addition to highlighting downstream transcriptional and physiological consequences of Bdnf regulation. Finally, we illustrate that CRISPRa is highly efficient in vivo, resulting in increased protein levels of a target gene in diverse brain structures. Taken together, these results demonstrate that CRISPRa is an efficient and selective method to study gene expression programs in brain health and disease.

Significance
We report a neuron-optimized CRISPR/dCas9 activation (CRISPRa) system that produces robust and specific upregulation of targeted genes in neurons both in vitro and in vivo. This system effectively drives expression at many gene targets, provides titratable gene expression, is capable of simultaneously targeting multiple genes at once, and successfully targets individual transcript variants arising from a complex, multi-promoter gene. This molecular tool enables advances in our ability to control gene expression profiles in the brain and will enable expansion of gene regulatory investigations to model systems that have not typically been used to explore genetic control of neuronal function.