Summary: Study reports a link between the consumption of sugary drinks and diets high in sugars in breastfeeding mothers and cognitive developmental problems in their babies.

A diet high in sugar during adulthood is associated with weight gain, and has also been linked to risk of type 2 diabetes, fatty liver disease, and heart disease. New research shows that when consumed by moms during the breastfeeding period, a high sugar diet can also impact developmental outcomes during infancy.

Michael I. Goran, PhD, Program Director for Diabetes and Obesity at Children’s Hospital Los Angeles, has studied how sugar can impact family health. His previous research has shown that moms who consume sugary beverages and juices in the months after giving birth are at risk for weight gain, and may also expose their newborns to these added sugars through breast milk.

A new study published in The American Journal of Clinical Nutrition reveals that consuming these beverages during the breastfeeding period may also lead to poorer cognitive development in children nearly two years later.

The participants were 88 mothers who reported sugary beverages and juices consumed per day during the first month of breastfeeding. Their children were assessed using the Bayley-III Scales of Infant Development at 2 years old. Moms who reported greater consumption of sugary beverages and juices had children with poorer cognitive development scores.

The researchers speculated that added sugar from the mom’s diet was passed to their infant through breast milk, and this exposure could conceivably interfere with brain development.

“Breastfeeding can have so many benefits,” says Dr. Goran, “but we’re seeing that breast milk is influenced by what moms eat and drink even more than we realized.” He says that limiting added sugars, found in beverages such as soft drinks, may have benefits not only for moms, but also for babies. “Moms may not realize that what they eat and drink during breastfeeding may influence their infant’s development down the road, but that’s what our results indicate.”

“Ultimately, we want babies to receive the best quality nutrition,” says Paige K. Berger, PhD, RD, Postdoctoral Research Fellow and first author of the study. “Our findings may be used to guide future nutrition recommendations for moms during breastfeeding, to better ensure that babies are getting the right building blocks for cognitive development.”

To determine whether infant cognitive development at 24 postnatal months was influenced by maternal fructose consumption during lactation, and whether this relation persisted after accounting for maternal SSB and juice (SSB + J) intake.Methods

Hispanic mother–infant pairs (n = 88) were recruited across the spectrum of prepregnancy BMI. Mothers completed two 24-h dietary recalls at 1 and 6 postnatal months, and reported breastfeedings per day. The Bayley-III Scales of Infant Development were administered at 24 postnatal months to assess infant cognition. Linear regressions were used to examine associations, reported as unstandardized (B) coefficients, 95% CIs, and P values.

Our findings suggest that infant neurodevelopmental outcomes at 24 postnatal months can be adversely influenced by maternal fructose intake in early lactation, and this could be attributed to maternal SSB + J intake.

Flavored E-Cigarettes May Affect the Brain Differently Than Non-Flavored 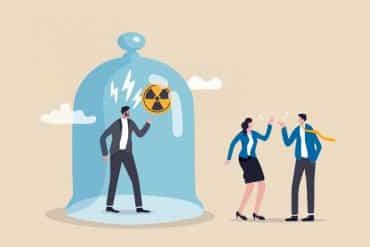