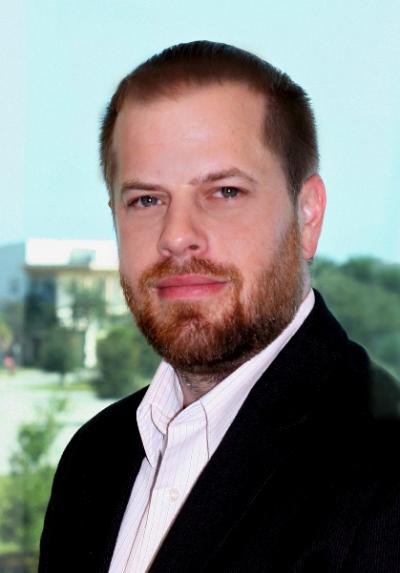 A new study from Scripps shows how brain cells shape temperature preference. Pictured is Seth Tomchik, Ph.D, the lead researcher of this study. The image is credited to Scripps Research Institute.
Home
Featured

While the wooly musk ox may like it cold, fruit flies definitely do not. They like it hot, or at least warm. In fact, their preferred optimum temperature is very similar to that of humans, 76 degrees F.

Scientists have known that a type of brain cell circuit helps regulate a variety of innate and learned behavior in animals, including their temperature preferences. What has been a mystery is whether or not this behavior stems from a specific set of neurons (brain cells) or overlapping sets.

Now, a new study from The Scripps Research Institute (TSRI) shows that a complex set of overlapping neuronal circuits works in concert to drive temperature preferences in the fruit fly Drosophila by affecting a single target, a heavy bundle of neurons within the fly brain known as the mushroom body. These nerve bundles, which get their name from their bulbous shape, play critical roles in learning and memory.

The study, published in the January 30, 2013 edition of the Journal of Neuroscience, shows that dopaminergic circuits, brain cells that synthesize dopamine, a common neurotransmitter, within the mushroom body do not encode a single signal, but rather perform a more complex computation of environmental conditions.

“We found that dopamine neurons process multiple inputs to generate multiple outputs, the same set of nerves process sensory information and reward-avoidance learning,” said TSRI Assistant Professor Seth Tomchik. “This discovery helps lay the groundwork to better understand how information is processed in the brain. A similar set of neurons is involved in behavior preferences in humans, from basic rewards to more complex learning and memory.”

Using imaging techniques that allow scientists to visualize neuron activity in real time, the study illuminated the response of dopaminergic neurons to changes in temperature. The behavioral roles were then examined by silencing various subsets of these neurons. Flies were tested using a temperature gradient plate; the flies moved from one place to another to express their temperature preferences.

As it turns out, genetic silencing of dopaminergic neurons innervating the mushroom body substantially reduces cold avoidance behavior. “If you give the fly a choice, it will pick San Diego weather every time,” Tomchik said, “but if you shut down those nerves, they suddenly don’t mind being in Minnesota.”

The study also showed dopaminergic neurons respond to cooling with sudden a burst of activity at the onset of a drop in temperature, before settling down to a lower steady-state level. This initial burst of dopamine could function to increase neuronal plasticity, the ability to adapt, during periods of environmental change when the organism needs to acquire new associative memories or update previous associations with temperature changes.