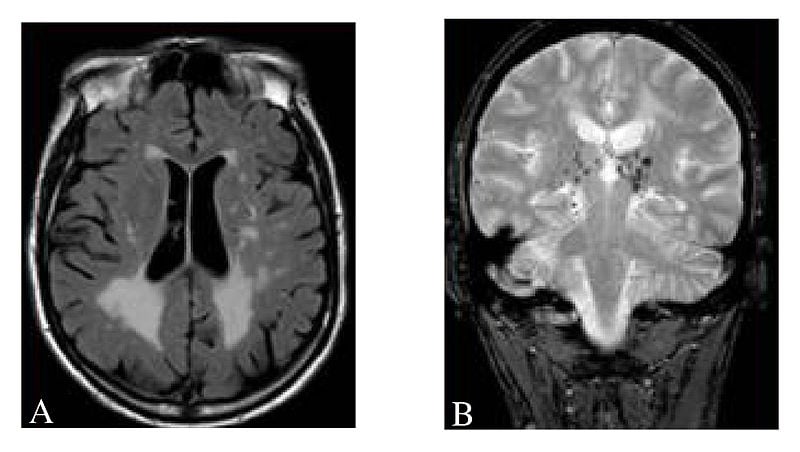 Women with higher levels of thrombogenic microvesicles, the platelets more likely to cause blood to clot, were likelier to have higher increases in the amount of white matter hyperintensities, which may lead to memory loss. Credited to Dr Robert Carlier and Dr Frédéric Colas.
Home
Featured

Blood May Hold Clues to Risk of Memory Problems After Menopause

New Mayo Clinic research suggests that blood may hold clues to whether post-menopausal women may be at an increased risk for areas of brain damage that can lead to memory problems and possibly increased risk of stroke. The study shows that blood’s tendency to clot may contribute to areas of brain damage called white matter hyperintensities. The findings are published in Neurology, the medical journal of the American Academy of Neurology.

The study involved 95 women with an average age of 53 who recently went through menopause. The women had magnetic resonance imaging, or MRIs, taken of their brains at the start of the study. They then received a placebo, oral hormone therapy or the hormone skin patch. They had MRIs periodically over the next four years.

During the study, women with higher levels of thrombogenic microvesicles, the platelets more likely to cause blood to clot, were likelier to have higher increases in the amount of white matter hyperintensities (shown as concentrated white areas on an MRI scan), which may lead to memory loss.

“This study suggests that the tendency of the blood to clot may contribute to a cascade of events leading to the development of brain damage in women who have recently gone through menopause,” says study author Kejal Kantarci, M.D., of Mayo Clinic. “Preventing the platelets from developing these microvesicles could be a way to stop the progression of white matter hyperintensities in the brain.”