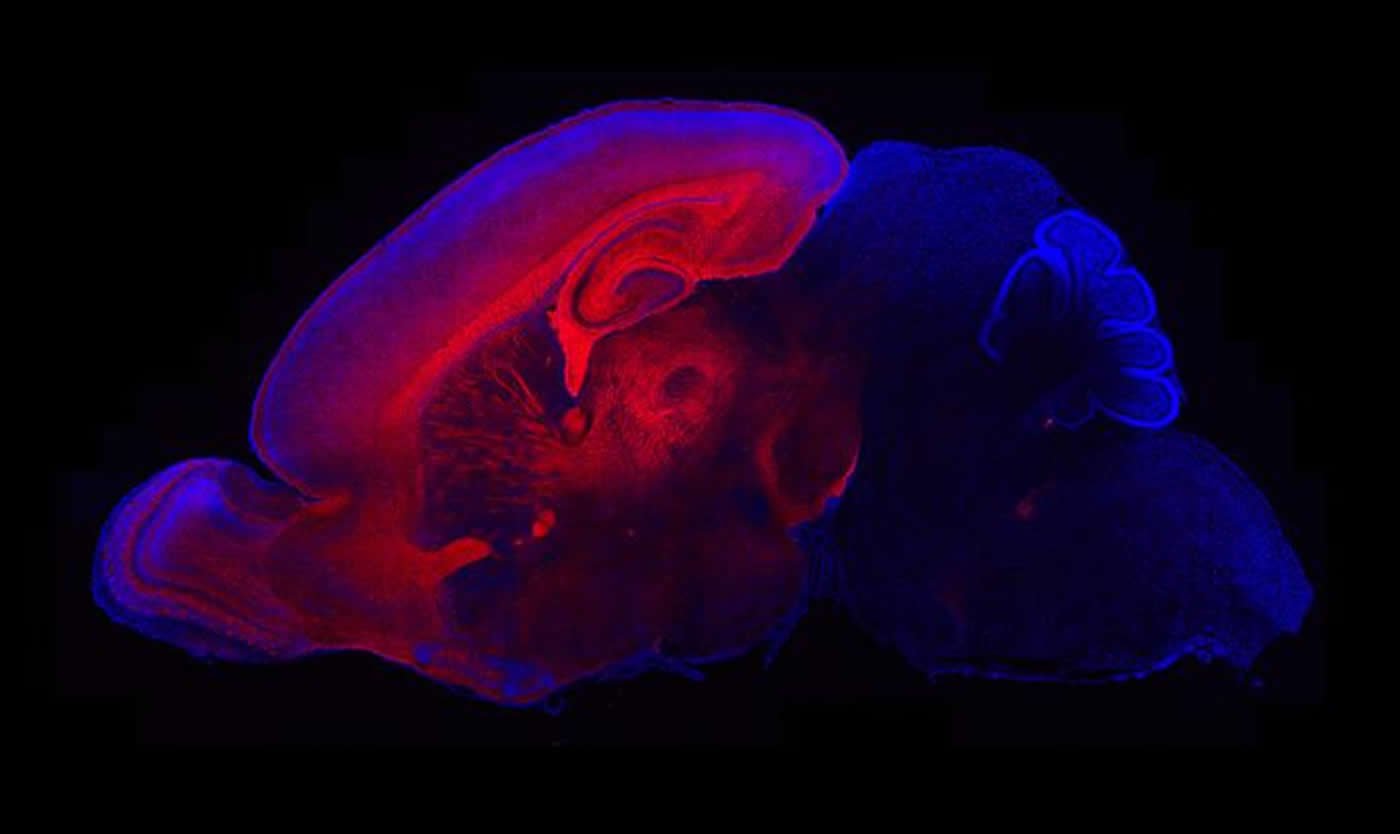 As early as 1943, when autism was first described by psychiatrist Leo Kanner, reports were made that some, but not all, children with autism spectrum disorder have relatively enlarged heads. But even today, more than half a century later, the exact cause of this early abnormal growth of the head and brain has remained unclear.

Now, scientists from the Florida campus of The Scripps Research Institute (TSRI) have uncovered how mutations in a specific autism risk gene alter the basic trajectory of early brain development in animal models.

The study, published in the July 15 issue of The Journal of Neuroscience, focused on the gene PTEN (Phosphatase and tensin homolog), which is mutated in around 20 percent of individuals with autism spectrum disorder and enlarged heads (macrocephaly).

In new research, the team led by Scripps Florida biologist Damon Page found that mutations in PTEN, which approximate those found in a subgroup of individuals with autism spectrum disorder, lead to dynamic changes in the number of two key cell types that make up the brain–neurons and glia. At birth, neurons are more abundant than normal. Surprisingly, in adulthood the number of neurons in the brains of mutant animals is virtually the same as normal, and glia (which provide support for neurons) are overrepresented.

“In the adult brain, excess glia are a primary cause of the overall change in brain size,” Page said. “This raises the intriguing possibility that these excess glia may, in fact, contribute to abnormal development and function of brain circuitry when PTEN is mutated.”

The brain overgrowth the team observed in PTEN mutant mice is a dynamic process, with the greatest increase in size occurring at birth and adulthood and the least in the early juvenile period. The team noted that this abnormal pattern of growth appears to be caused by an amplification of the normal process of brain development, where neurons are generated in over-abundance before birth and then trimmed off by a program of cell death (apoptosis), and glia are generated after neurons.

“Apoptosis is a natural phenomenon that removes unnecessary neurons during normal brain development,” said Research Associate Youjun Chen, the first author of the study and a member of the Page laboratory. “We find it very striking that in the brains of PTEN mutant mice, the presence of excess neurons is corrected by excessive apoptosis. After that, excess glia are made. In adulthood, the number of glial cells increases by more than 20 percent in our models.”

The scientists traced these effects back to an increase in signaling through a molecule known as β-Catenin (beta Catenin).

“PTEN and β-catenin are two important molecules that control growth in the developing brain in both mice and humans,” said Page. “We have found that these work together in a common pathway to regulate brain growth trajectory by controlling the number and types of cells produced. Although caveats apply when extrapolating from mice to humans, this suggests that an imbalance in this relationship may contribute to abnormal brain growth in a subset of individuals with autism spectrum disorder.”

Autism spectrum disorder is a neurodevelopmental disorder characterized by social deficits and communication difficulties, repetitive behaviors and interests, as well as cognitive delays in some individuals. The disorder affects in approximately one percent of the population; some 80 percent of those diagnosed are male.

Interestingly, Page noted that in spite of the profound effects of PTEN mutations on brain growth, the mice are largely able to adapt at the level of behavior, with the important exception of social behavior and a few other behaviors relevant to autism spectrum disorder.

“Our findings across studies indicate that it may be a multiple-hit process,” he said. “While abnormal growth puts stress on the developing brain, the brain works hard to compensate for that. How well an individual can adapt to an abnormal pattern of brain growth may shape their outcome in terms of behavior and cognition. The capacity to adapt may, in turn, be influenced by genetic or environmental factors.”

About this autism research

In addition to Page and Chen, other authors of the study, “Pten Mutations Alter Brain Growth Trajectory and Allocation of Cell Types through Elevated β-Catenin Signaling,” are Wen-Chin Huang, Julien Sejourne and Amy E. Clipperton-Allen of TSRI.

Funding: This work was supported by the state of Florida, Ms. Nancy Lurie Marks, the Simons Foundation (grant award 360712), an O’Keeffe Neuroscience Scholars Award and the Fraternal Order of Eagles.

Abnormal patterns of head and brain growth are a replicated finding in a subset of individuals with autism spectrum disorder (ASD). It is not known whether risk factors associated with ASD and abnormal brain growth (both overgrowth and undergrowth) converge on common biological pathways and cellular mechanisms in the developing brain. Heterozygous mutations in PTEN (PTEN+/−), which encodes a negative regulator of the PI3K-Akt-mTOR pathway, are a risk factor for ASD and macrocephaly. Here we use the developing cerebral cortex of Pten+/− mice to investigate the trajectory of brain overgrowth and underlying cellular mechanisms. We find that overgrowth is detectable from birth to adulthood, is driven by hyperplasia, and coincides with excess neurons at birth and excess glia in adulthood. β-Catenin signaling is elevated in the developing Pten+/− cortex, and a heterozygous mutation in Ctnnb1 (encoding β-catenin), itself a candidate gene for ASD and microcephaly, can suppress Pten+/− cortical overgrowth. Thus, a balance of Pten and β-catenin signaling regulates normal brain growth trajectory by controlling cell number, and imbalance in this relationship can result in abnormal brain growth.

SIGNIFICANCE STATEMENT We report that Pten haploinsufficiency leads to a dynamic trajectory of brain overgrowth during development and altered scaling of neuronal and glial cell populations. β-catenin signaling is elevated in the developing cerebral cortex of Pten haploinsufficient mice, and a heterozygous mutation in β-catenin, itself a candidate gene for ASD and microcephaly, suppresses Pten+/− cortical overgrowth. This leads to the new insight that Pten and β-catenin signaling act in a common pathway to regulate normal brain growth trajectory by controlling cell number, and disruption of this pathway can result in abnormal brain growth.