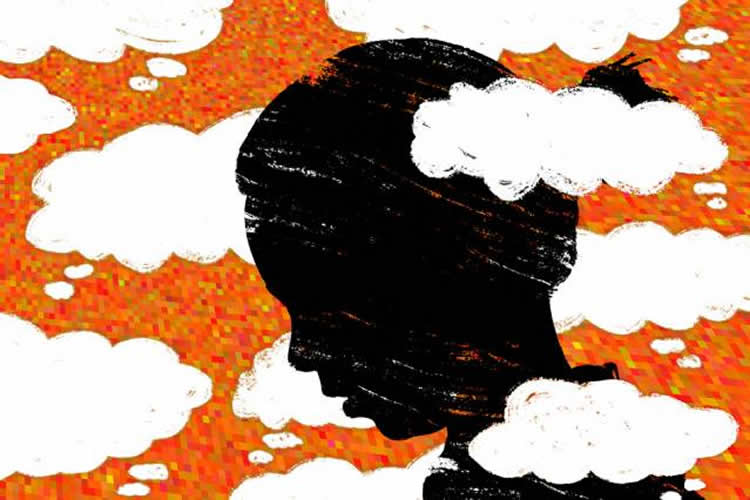 Impaired prediction skills would also help to explain why autistic children are often hypersensitive to sensory stimuli. Most people are able to become used to ongoing sensory stimuli such as background noises, because they can predict that the noise or other stimulus will probably continue, but autistic children have much more trouble habituating. Credit Jose-Luis Olivares/MIT.

Autism as a Disorder of Prediction

Autism is characterized by many different symptoms: difficulty interacting with others, repetitive behaviors, and hypersensitivity to sound and other stimuli. MIT neuroscientists have put forth a new hypothesis that accounts for these behaviors and may provide a neurological foundation for many of the disparate features of the disorder.

The researchers suggest that autism may be rooted in an impaired ability to predict events and other people’s actions. From the perspective of the autistic child, the world appears to be a “magical” rather than an orderly place, because events seem to occur randomly and unpredictably. In this view, autism symptoms such as repetitive behavior, and an insistence on a highly structured environment, are coping strategies to help deal with this unpredictable world.

The researchers hope that this unifying theory, if validated, could offer new strategies for treating autism.
“At the moment, the treatments that have been developed are driven by the end symptoms. We’re suggesting that the deeper problem is a predictive impairment problem, so we should directly address that ability,” says Pawan Sinha, an MIT professor of brain and cognitive sciences and the lead author of a paper describing the hypothesis in the Proceedings of the National Academy of Sciences this week.

Dealing with an unpredictable world

Sinha and his colleagues first began thinking about prediction skills as a possible underpinning for autism based on reports from parents that their autistic children insist on a very controlled, predictable environment.

Most people can routinely estimate the probabilities of certain events, such as other people’s likely behavior, or the trajectory of a ball in flight. The MIT team began to think that autistic children may not have the same computational abilities when it comes to prediction.

This hypothesized deficit could produce several of the most common autism symptoms. For example, repetitive behaviors and insistence on rigid structure have been shown to soothe anxiety produced by unpredictability, even in individuals without autism.

“These may be proactive attempts on the part of the person to try to impose some structure on an environment that otherwise seems chaotic,” Sinha says.

Impaired prediction skills would also help to explain why autistic children are often hypersensitive to sensory stimuli. Most people are able to become used to ongoing sensory stimuli such as background noises, because they can predict that the noise or other stimulus will probably continue, but autistic children have much more trouble habituating.

“If we were unable to habituate to stimuli, then the world would become overwhelming very quickly. It’s like you can’t escape this cacophony that’s falling on your ears or that you’re observing,” Sinha says.

Autistic children also often have a reduced ability to understand another person’s thoughts, feelings, and motivations — a skill known as “theory of mind.” The MIT team believes this could result from an inability to predict another person’s behavior based on past interactions. People with autism have difficulty using this type of context, and tend to interpret behavior based only on what is happening in that very moment.

Leonard Rappaport, chief of the division of developmental medicine at Boston Children’s Hospital, says he believes the new theory is “a uniting concept that could lead us to new approaches to understanding the etiology and perhaps lead to completely new treatment paradigms for this complex disorder.”

“This is not the first theory to explain the complex of symptoms we see every day in our clinical programs, but it seems to explain more of what we see than other theories that explain individual symptoms,” says Rappaport, who was not involved in the research.

COVID-19 Linked to Excessive Destruction of Connections Between Nerve Cells

The researchers believe that different children may show different symptoms of autism based on the timing of the predictive impairment.

The hypothesis also predicts that some cognitive skills — those based more on rules than on prediction — should remain unharmed, or even be enhanced, in autistic individuals. This includes tasks such as math, drawing, and music, which are often strengths for autistic children.

A few previous studies have tried to pinpoint which parts of the brain are involved in making predictions. So far, the strongest candidates are the basal ganglia, the nucleus accumbens, and the cerebellum — structures that are often structurally abnormal in autistic patients. “It’s a very tentative connection at the moment, but I think this is a fruitful line of inquiry for the future,” Sinha says.

Sinha’s team has already begun testing some elements of the prediction-deficit hypothesis. Initial results of one study suggest that autistic children do have an impairment in habituation to sensory stimuli; in another set of experiments, the researchers are testing autistic children’s ability to track moving objects, such as a ball. “The hypothesis is guiding us toward very concrete studies,” Sinha says. “We hope to enlist the participation of families and children touched by autism to help put the theory through its paces.”

The research was funded by the Simons Center for the Social Brain at MIT and the Simons Foundation Autism Research Initiative.