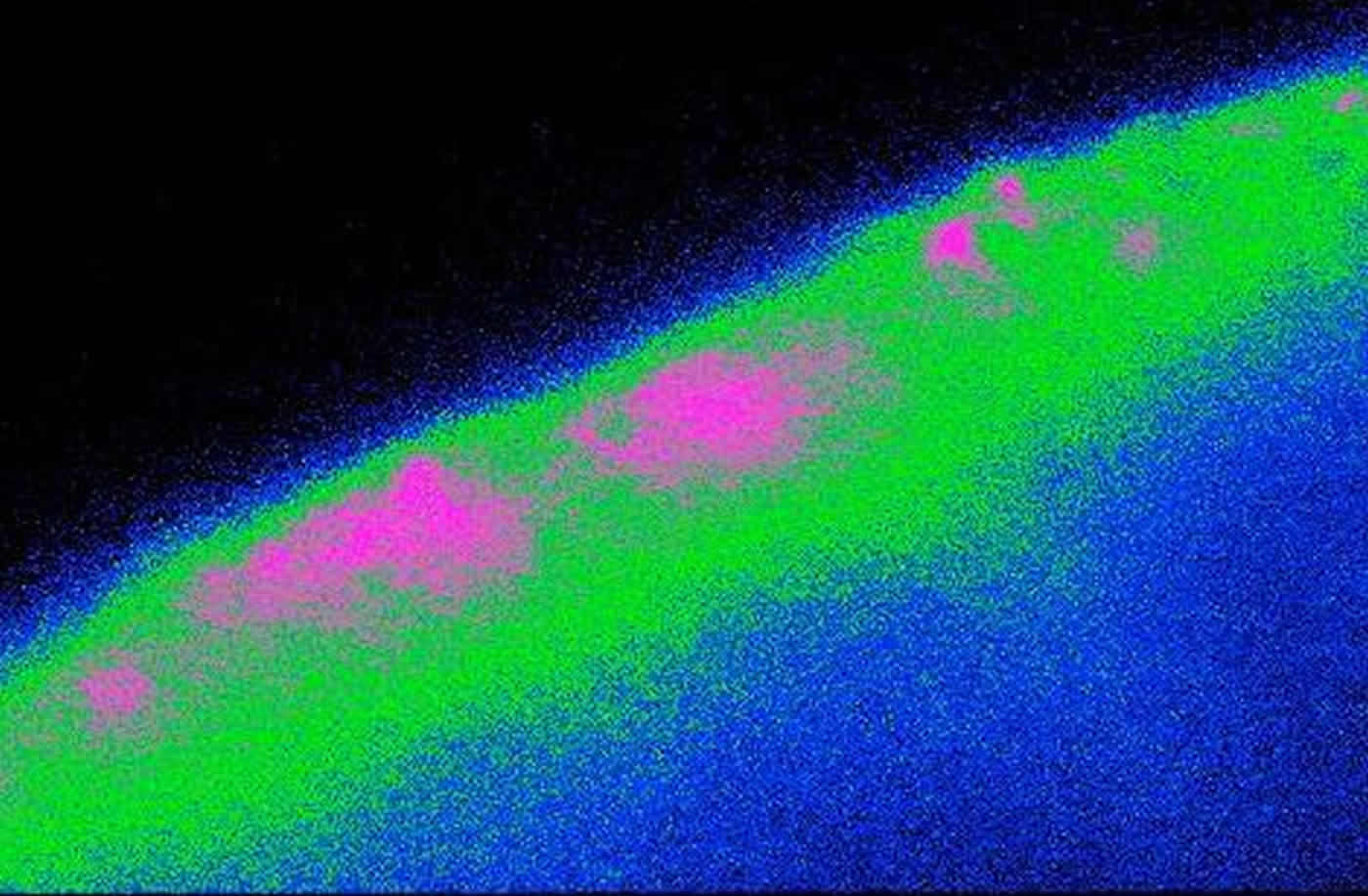 Dieting could be revolutionised, thanks to the ground-breaking discovery by the University of Warwick of the key brain cells which control our appetite.

Professor Nicholas Dale in the School of Life Sciences has identified for the first time that tanycytes – cells found in part of the brain that controls energy levels – detect nutrients in food and tell the brain directly about the food we have eaten.

According to the new research, tanycytes in the brain respond to amino acids found in foods, via the same receptors that sense the flavour of amino acids (“umami” taste), which are found in the taste buds of the tongue.

Two amino acids that react most with tanycytes – and therefore are likely to make you feel fuller – are arginine and lysine.

These amino acids are found in high concentration in foods such as pork shoulder, beef sirloin steak, chicken, mackerel, plums, apricots, avocados, lentils and almonds – so eating those foods will activate the tanycytes and make you feel less hungry quicker.

The researchers made their discovery by adding concentrated amounts of arginine and lysine into brain cells, which were made fluorescent so that any microscopic reactions would be visible. They observed that within thirty seconds, the tanycytes detected and responded to the amino acids, releasing information to the part of the brain that controls appetite and body weight.

They found that signals from amino acids are directly detected by the umami taste receptors by removing or blocking these receptors and observing that the amino acids no longer reacted with tanycytes.

Nicholas Dale, who is Ted Pridgeon Professor of Neuroscience at the University of Warwick, commented:

“Amino acid levels in blood and brain following a meal are a very important signal that imparts the sensation of feeling full. Finding that tanycytes, located at the centre of the brain region that controls body weight, directly sense amino acids has very significant implications for coming up with new ways to help people to control their body weight within healthy bounds.”

This major discovery opens up new possibilities for creating more effective diets – and even future treatments to suppress one’s appetite by directly activating the brain’s tanycytes, bypassing food and the digestive system.

Nearly two thirds of the UK population is overweight or obese. This excess weight elevates the risk of premature death and a range of illnesses, such as cancer, diabetes, cardiovascular disease and stroke, which greatly reduce quality of life. A new understanding of how appetite functions could curb the growing obesity crisis.

Funding: Funded by the Biotechnology and Biological Sciences Research Council.

Objective
Hypothalamic tanycytes are glial cells that line the wall of the third ventricle and contact the cerebrospinal fluid (CSF). While they are known to detect glucose in the CSF we now show that tanycytes also detect amino acids, important nutrients that signal satiety.

Methods
Ca2+ imaging and ATP biosensing were used to detect tanycyte responses to l-amino acids. The downstream pathway of the responses was determined using ATP receptor antagonists and channel blockers. The receptors were characterized using mice lacking the Tas1r1 gene, as well as an mGluR4 receptor antagonist.

Results
Amino acids such as Arg, Lys, and Ala evoke Ca2+ signals in tanycytes and evoke the release of ATP via pannexin 1 and CalHM1, which amplifies the signal via a P2 receptor dependent mechanism. Tanycytes from mice lacking the Tas1r1 gene had diminished responses to lysine and arginine but not alanine. Antagonists of mGluR4 greatly reduced the responses to alanine and lysine.

Conclusion
Two receptors previously implicated in taste cells, the Tas1r1/Tas1r3 heterodimer and mGluR4, contribute to the detection of a range of amino acids by tanycytes in CSF.